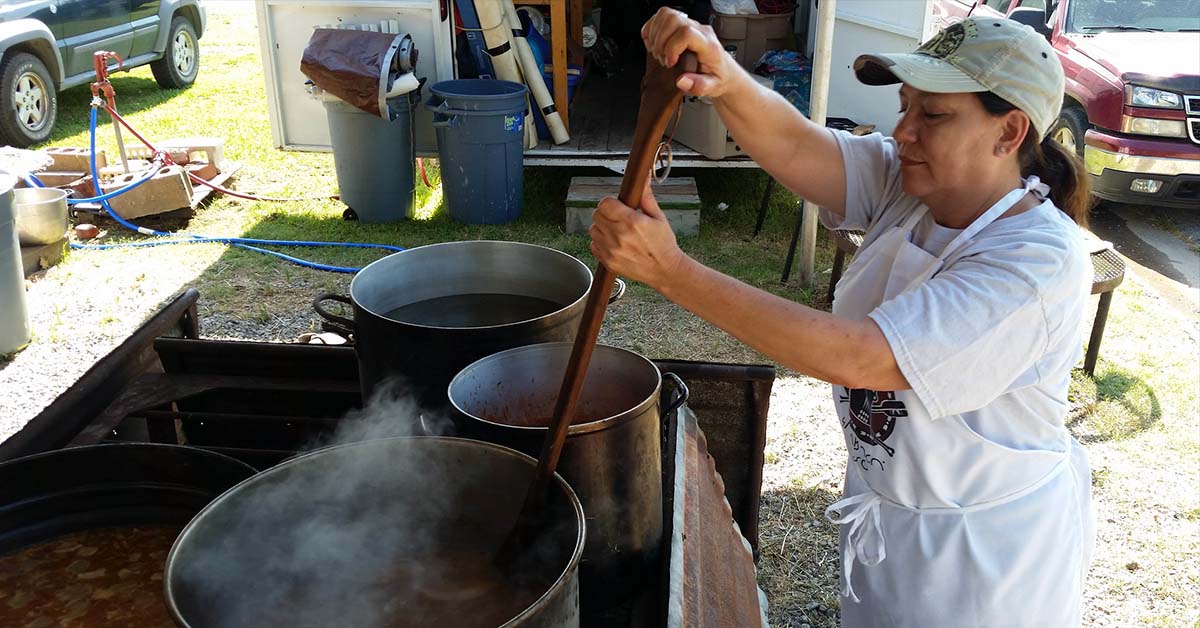 The Osage Nation Ranch, in an effort to fulfill their civic and cultural duties to the Osage people, are donating beef and bison meat to the Grayhorse, Hominy and Pawhuska District cooks for the June Inlonshka dances.

“Our primary mission is to have a well-run profitable ranch that the whole tribe can be proud of, but it also comes with some responsibility to do cultural and nutritional initiatives,” said Galen Crum, a board member of the ONR board of directors. “We’ve been looking for things we can do to serve our people as a whole.”

The ranch board voted to give each district a hind quarter of beef and hamburger made from the front quarters of a steer to each district. The Grayhorse district will receive a hindquarter of bison and Hominy and Pawhuska will possibly receive bison hamburger. The remaining meat from the bison will be donated to the Community Health Representatives program to use in their community cooking classes and to Daposka Ahnkodapi and early learning facilities.

Crum said at their May meeting the board finalized a location for a 3,000-acre bison preserve, to be located on the north side of the ranch. The location of the bison preserve got expedited due to the Spring rains and damaged fencing on other properties on the 43,000-acre ranch. Bison have been escaping the property at a more frequent rate than in the past and the ranch’s cowboys are having a difficult time keeping them inside the ranch’s perimeter, Crum said.

One issue is the cost of bison fencing, which is about $23,000 per mile and the preserve will require 13 miles of bison fencing, Crum said. Bison fencing is about 7 feet tall and the barbed wire is closer together than cattle fencing. The fencing has to be high and more secure because bison can run up to 40 miles per hour, jump of up to six feet vertically, can pivot while running full speed to avoid predators and roughly weigh a ton.

The bison preserve will be located close to Highway 60 and will be easy to drive to and observe the bison, which was a goal of the board, Crum said. The board recently applied for a grant from the InterTribal Buffalo Council for bison fencing. Crum said they have applied in the past but were unsuccessful. They will know by July if they received the grant.

The board also makes bison and beef donations throughout the year to the Food Distribution center, which distributes food to low-income families, and to Title VI, the elder nutrition facilities in Pawhuska and Fairfax. A buffalo hide was also recently given to Rock Pipestem to make a drum.