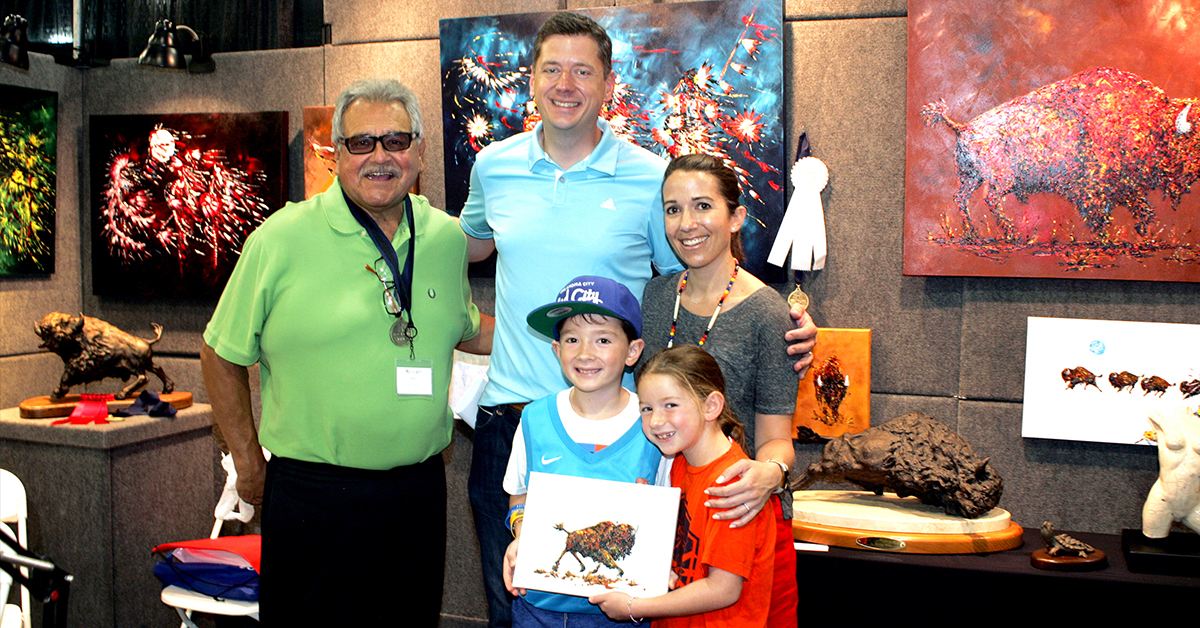 Osage sculptor, painter and jeweler Clancy Gray is named ‘Red Earth Honored One’ for 2019, an award bestowed upon a Native master visual artist whose support of Indian art has been substantial throughout his life. Gray was recognized during the 33rd Red Earth Festival at the Cox Convention Center in downtown Oklahoma City.

Gray, 70 and currently resides in Broken Arrow, is a longtime art teacher in the Greater Tulsa area. He specializes in pottery, painting, sculpting, and designing jewelry in the traditional and contemporary style. Gray has produced collectible quality fine art by creating various Native American and North American Wildlife styles, according to a press release.

In 2015, the Red Earth Art Center presented “In the Spotlight: The Art of Clancy Gray” in its downtown Oklahoma City gallery. The mixed media show, extended by popular demand, was on display at the facility that also serves as headquarters for planning the annual Red Earth Festival, according to the release.

Gray sells his artwork and traditional and contemporary style jewelry at area art shows. Locally, he displays his work at the Greater Tulsa Indian Arts Festival, Red Earth Festival in Oklahoma City, The Cherokee Art Market in Tulsa and the Oklahoma Indian Summer Festival, according to the release.

Red Earth, Inc. is an Allied Arts member agency and is funded in part by the Chickasaw Nation, Choctaw Nation, Oklahoma Arts Council, National Endowment for the Arts, and the Oklahoma City Convention & Visitors Bureau. Red Earth, Inc. is a 501 (c)3 non-profit organization with a mission to promote the rich traditions of American Indian arts and cultures through education, a premier festival, a museum and fine art markets.