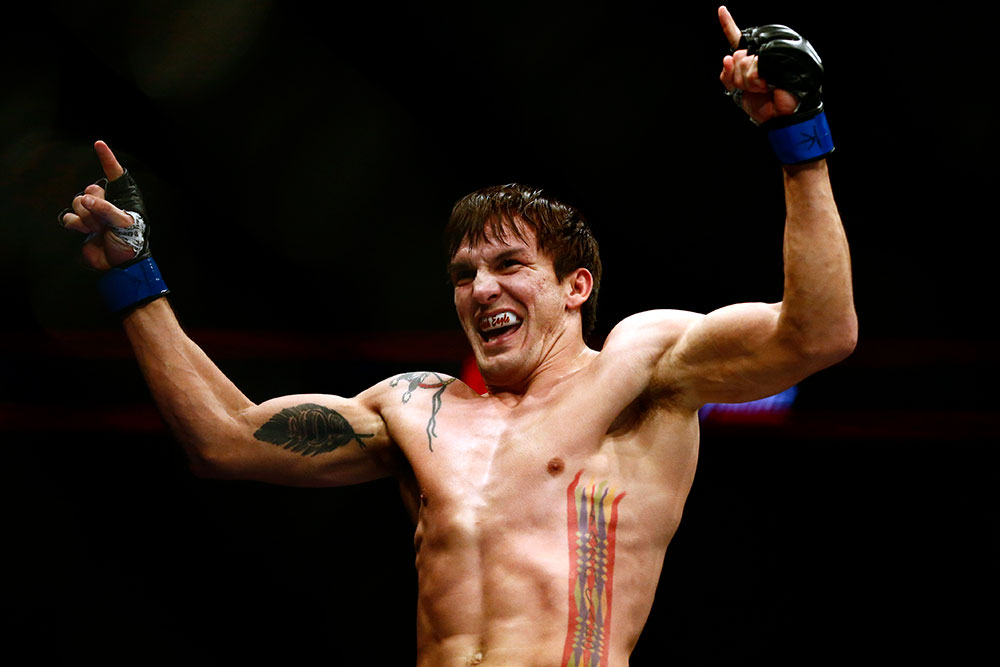 Rencountre, 32, faced opponent Ismail Naurdiev at UFC 239 during UFC International Fight Week held at T-Mobile Arena just off the Las Vegas Strip. This is the second UFC win for Rencountre, who grew up in the Pawhuska Indian Village and has wrestled since childhood, including as a Pawhuska High Huskie.

The fight’s unanimous decision came after Rencountre and Naurdiev fought three rounds in the octagon. Rencountre won his first UFC fight in January against Kyle Stewart during UFC Fight Night in New York.

“The feeling was overwhelming, it’s almost like I had to slow down,” Rencountre said of his Las Vegas win. In working with his coaches, Rencountre said he credits training for hours on his strengths with coaches to prepare for the fight.

According to a fansided.com July 6 article on the UFC 239 fights: “Rencountre opened the third round by going for a takedown. Naurdiev was able to defend and remained upright. The Austrian fighter connected with a flying knee catching Rencountre as he went in for a takedown. The two fighters scrambled for position. Rencountre landed a powerful punch but Naurdiev countered and slowed Rencountre. The two fighters continued to battle for position with Rencountre using his length to flatten out Naurdiev and landed several strikes from the top. The two battle for position until referee Mark Smith forced a restart. Naurdiev landed an impressive double leg takedown but the horn sounded before he could try to finish the fight.”

Like in New York, Rencountre entered the Las Vegas octagon carrying the blue and yellow Osage Nation flag, which he carries with pride. “It’s what I wanted to show, I’m proud to show where I’m from,” he said.

In preparation for UFC 239, Rencountre trained heavily at the Alliance MMA training facility in the San Diego area where he lives. Preparing for the fight also meant Rencountre, who usually participates in the annual June dances with family members, would be missing the four-day Pawhuska In-Lon-Shka, which were held the weekend before the fight.

“We executed our game plan and I soaked up the knowledge of the coaches,” said Rencountre, which brought “a whole different level to my game.”

After the Las Vegas fight, Rencountre went into relaxation mode, which included visiting his daughter who lives in Nebraska.

In August, Rencountre said he plans to return to Alliance in California to resume training full-time and take on side jobs. In addition to wresting in junior college, Rencountre also worked in the construction field before his focus on UFC fights and training increased.

Rencountre said he is also working with his coaches on locating his next UFC fight and plans to renegotiate his UFC contract, which ends later this year. “I work with one of the best teams out there, that’s the reason I moved out there because we have the same priorities and same goals.”