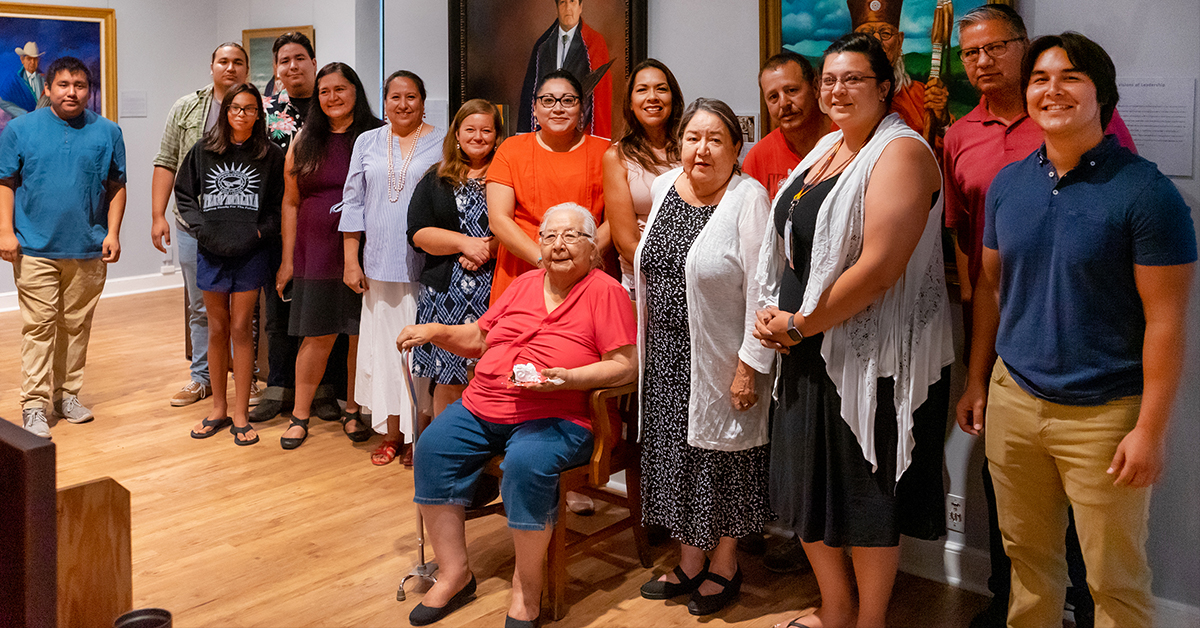 Pauline Allred retires from Osage Nation after more than 25 years

Photo caption: Relatives of Pauline Allred (middle) take a photo with her at her July 19 retirement party at the Osage Nation Museum. CODY HAMMER/Osage News

The community wished Pauline Allred a happy retirement as they celebrated her contributions to the public for more than 15 years at the Osage Nation Museum.

Principal Chief Geoffrey Standing Bear and ONM Director Marla RedCorn-Miller presented her with a Pendleton blanket in front of the more than 30 well-wishers as a token of their gratitude.

“I’ll miss working with the public the most, seeing all the people coming through,” Allred said. “I enjoyed it.”

A cake was presented with a black and white photo of Allred and her sister Martha Jones. Retired ONM Director Kathryn Red Corn, and also a relative of Allred’s, cut the cake for the occasion. But before she did, she said she had to talk Allred into the party because she didn’t want one. She said she was a good museum employee and brought many years of experience and knowledge of Osage genealogy to the public.

Well-wishers came through one at a time to thank Allred for her service, including children from Daposka Ahnkodapi.

Allred is an accomplished finger weaver, roach maker and seamstress. In fact, at the age of 88, she is currently working on a roach at her home and she doesn’t plan to slow down. She said she’ll turn 89 in November.

Allred, Osage/Ponca, holds a Bachelor of Arts degree from Northeastern State University and previously worked for 13 years at the Nation’s Elder Nutrition program. Prior to working for the Nation, she owned a ceramic store for twenty years and was a teacher for Pawhuska High School in the fine arts department. She also served on the Indian Camp School board for three years.