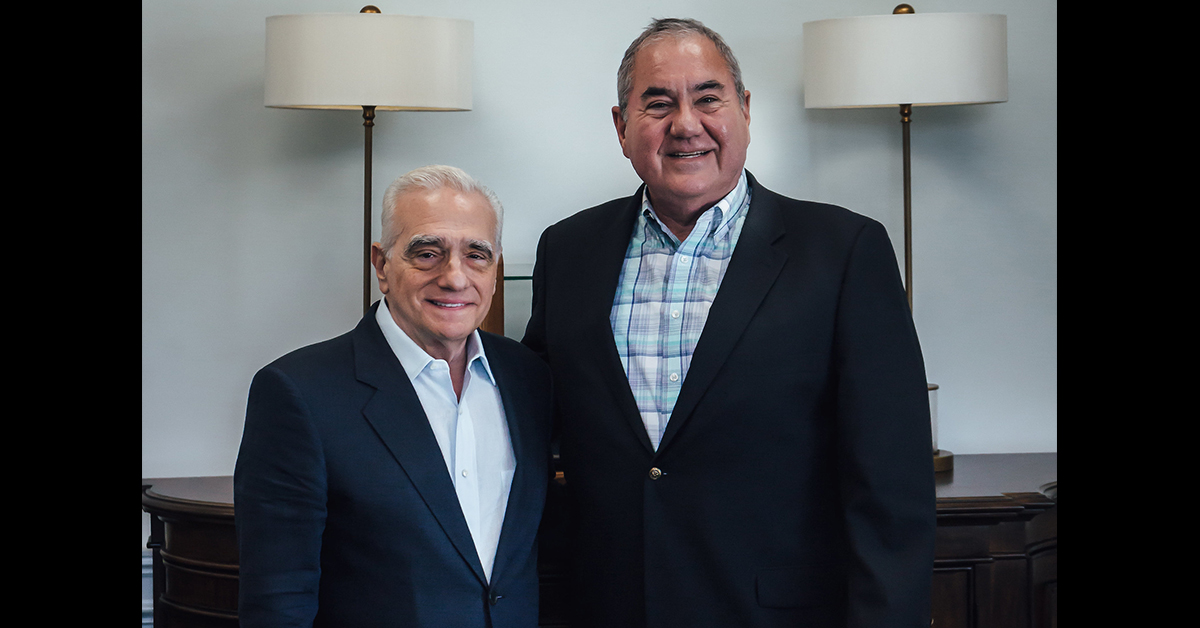 The main theme of the meeting was how could the Osage Nation help with the filming of the upcoming adaptation of David Grann’s bestselling novel about the Osage Reign of Terror, “Killers of the Flower Moon.” The reign of terror is arguably the most sinister time in Osage history in the past 100 years.

“We want to make sure your people have everything they need, in terms of Osage artisans, Osage language … those people are still here in the community and would love to help,” Standing Bear said. “We are very thankful you are here and that you are willing to tell this story.”

At the meeting with Scorsese was Producer Emma Tillinger Koskoff and Co-Producer/Researcher Marianne Bower. Other team members who were not present for the meeting were Executive Producer Georgia Kacandes and Production Designer Dante Ferretti. Representing the Nation was Chad Renfro and Addie Roanhorse, who Standing Bear appointed as ambassadors for the project.

Scorsese confirmed that they will be working closely with the Osage Nation on the aspects of culture, history and the language. He said working on a film for him is a journey and that one of his favorite parts of that journey is learning the history and the culture.

Quick to laugh, easy-going and full of stories, Scorsese and Standing Bear discussed the aspects of the film, but also spoke about their lives, families and interests. Scorsese also noted that his longtime friend and colleague, Robert De Niro would be playing the murderer Bill Hale.

Pre-production has already begun on the film and will pick up speed in November. The film will be shot in the spring and summer of 2020. Leonardo DiCaprio is set to star.

Imperative Entertainment COO John Atwood said they want to film the movie in Osage County and talks are currently ongoing with the State film office.

Standing Bear asked Scorsese what drew him to the project, he said his manager Rick Yorn gave him a copy of Grann’s book and after reading it he knew it was a project he wanted to be a part of. He said has always been “obsessed” with the Midwest and the story of America and its expansion west.

“What really got to me, was the intrinsic sense of evil,” he said. “What is it in us that makes us capable of committing these acts of evil.”