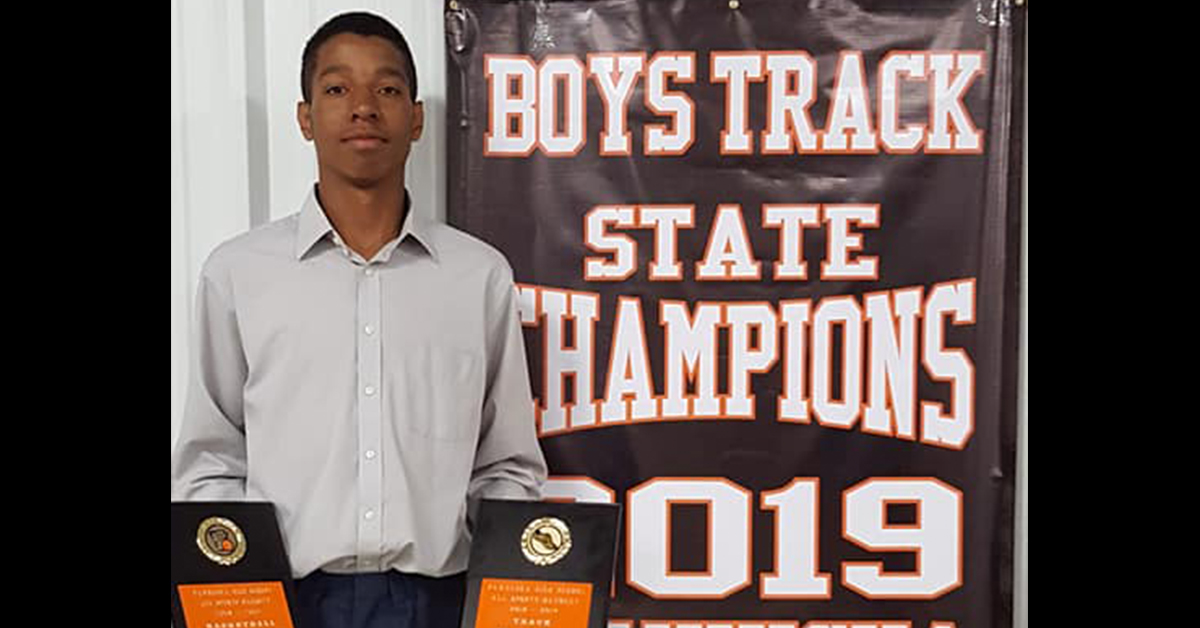 State gold medalist Mason Gilkey is one to watch

Incoming Pawhuska High School sophomore Mason Gilkey is not entirely sure why he picked up on running track.

Growing up, he had the opportunity to play multiple sports. He decided to try out for the track team in seventh grade and has not looked back since.

“I excelled at many sports, but I’ve been the best at track,” he said with a chuckle.

The only freshman in the Class 2A 400-meter dash state finals, Gilkey ran the race in 51.29 seconds, beating three seniors by less than one second to secure an individual state title.

“It was kind of intimidating,” he said of being in a heat with seven seniors and four juniors. I just had to clear my head and remember that they’re all human just like me.”

That fast finish was part of Pawhuska’s first team state title in any sport since 1990. The Huskies also won the 4x100, 4x200 and 4x400 meter relays to push past second place Hooker by 21.66 points. Gilkey ran on all three relay teams, thus adding to his cache of state titles.

Along with the four state championship medals, Gilkey won a regional title in the 400 meter dash and had the fastest time coming into the state meet statewide, thus making him a marked man early on – a distinction he is a little worried about, but knows he’ll carry into the 2019-2020 season.

“Coming out of regionals, I had the No. 1 position,” he said. “I already had a target on my back going into state. After winning it (a state title), it felt great. Now it feels like everyone’s trying to catch me, but I’m going to keep trying to stay a step ahead.”

Although he isn’t entirely sure why he started running track, when asked, he offered a quick response for why younger students should consider track and field versus another sport.

“It lets you explore your natural abilities,” he said. “You don’t necessarily have to be able to catch a football or dribble a basketball. Just get to get out there and run.”