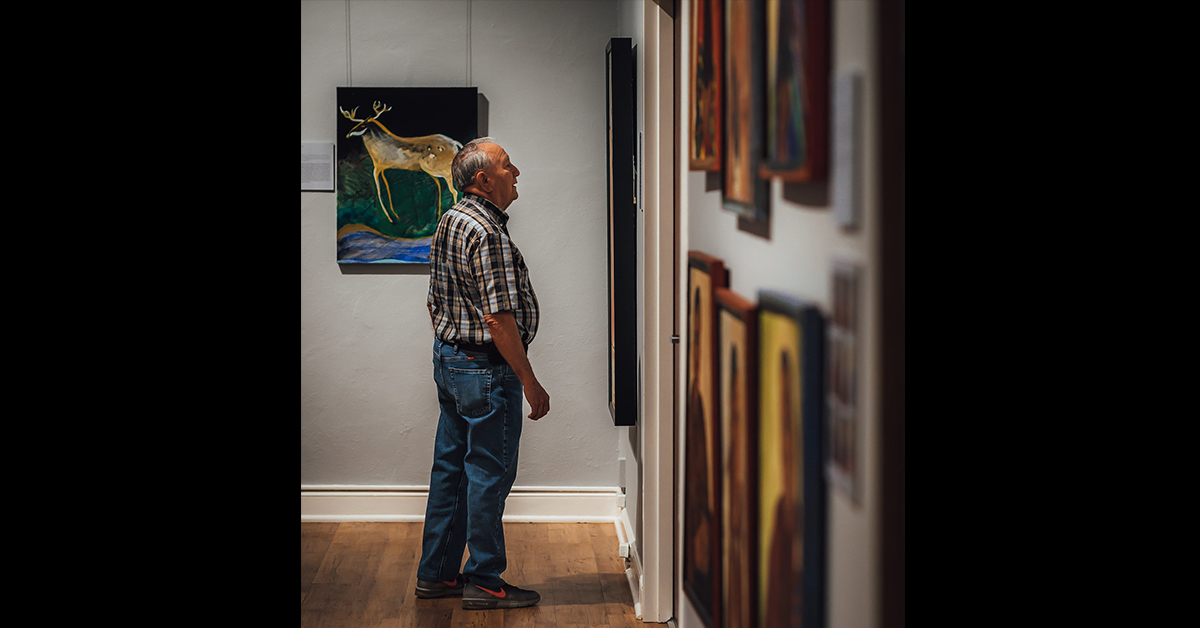 The Osage Nation Museum has opened its latest exhibit, showcasing paintings from its permanent collection.

“Paintings from the Osage Nation Museum” features artists who have painted portraits and scenes from Osage life and history over the past 100 years. From the collection of Russell Wagoshe (1910-1974) to the vibrant abstractions of Yatika Fields (b. 1980), the exhibit considers the Osage painting tradition within the categories of Osage life, visions and leadership and expressive dimensions of culture, according to an ONM release.

“The selection of paintings highlights the diversity of styles and artists represented in the museum’s permanent collection. Since 1938 the Nation’s museum has stood at the heart of Osage artistic and cultural practice. In the creative space defined by the boundaries of the three districts of Gray Horse, Hominy and Pawhuska, an Osage painting tradition developed during the early to mid-20th Century that continues today.”

The exhibit will be open through Oct. 5.