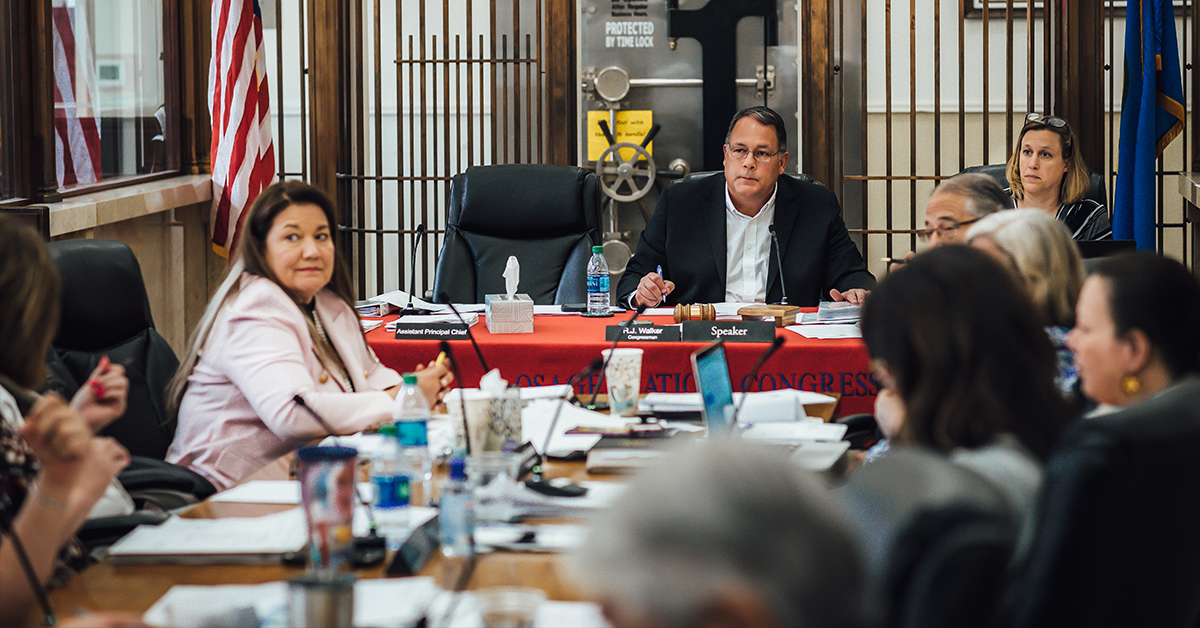 ON Congress to meet for 2019 Tzi-Zho Session starting Sept. 3

The Sixth Osage Nation Congress will convene for its 2019 Tzi-Zho Session starting Tuesday, Sept. 3 at 10 a.m. at the ON Capitol Building in Pawhuska.

Per the Osage Constitution, the Congress shall convene twice annually in regular sessions that are six months apart with the second one titled the Tzi-Zho Session.

The sessions are limited to 24 days but may be extended up to three extra days at the written request of two-thirds of the 12-member Congress.

Throughout the session, the Congress typically uses committee meetings to initially consider the budgets for the Nation’s government operations, entities, boards and commissions.

Budgets to be considered for the government branches include: the various Executive Branch departments/ programs; the Office of the Chiefs administration; the Legislative Branch and its respective Congressional Office operations; boards and commissions; cultural donations; the Attorney General’s Office, which operates independent of the three branches; and the Judicial Branch for the tribal courthouse operations.

Congressional committee meetings will also be held for initial consideration of board and commission member appointments subject to Congressional confirmation votes to serve full three-year terms.

The session and committee meetings held in the ON Capitol Building are public meetings (excluding executive sessions allowed by Osage law) and will be live-streamed at: www.osagenation-nsn.gov/multimedia/live-media