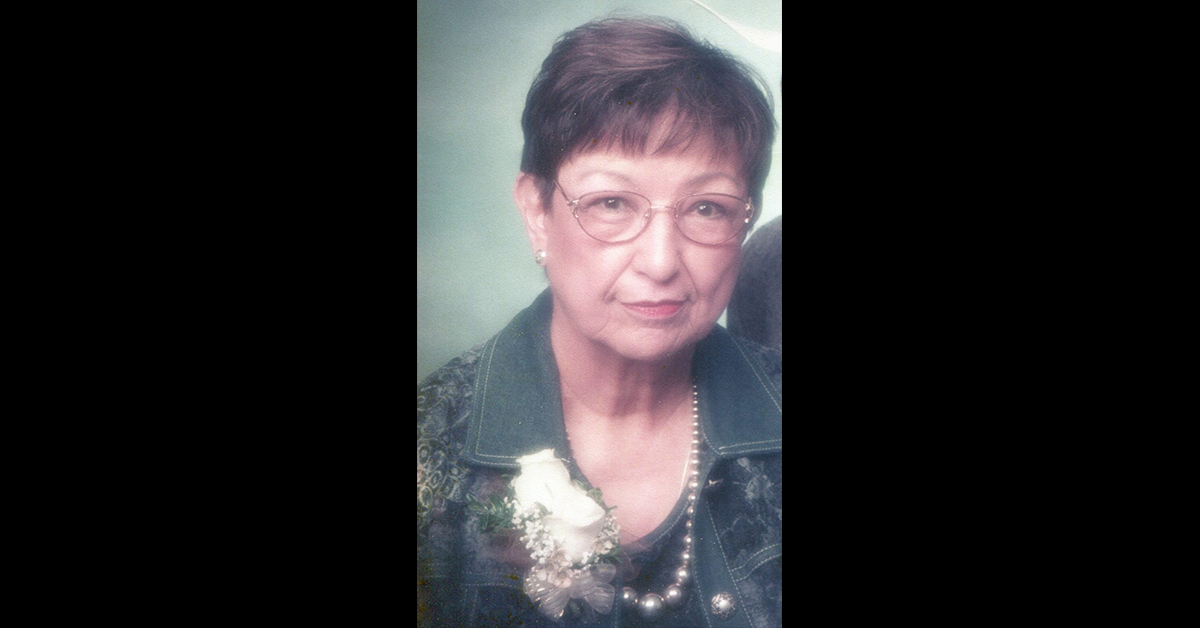 Mary Jo Webb, 86, life-long Fairfax resident, was called home to be with our Lord and Savior Jesus Christ on September 6, 2019. She was surrounded by her children and grandchildren. Mary Jo was born on March 26, 1933, in Fairfax, OK to David and Mae (Fisher) Peace. Her grandparents were Paul and Clara (Tallchief) Peace. Mary Jo attended the Sacred Heart Catholic school through the 4th grade and Fairfax Public schools thereafter, graduating from Fairfax High School in 1952. She married the love of her life, Melvin Lee Webb, on September 27, 1952.

In 1968 Mary Jo began her undergraduate/graduate studies at Oklahoma State University. In 1974 she graduated with a Bachelor of Science degree and in 1975 she graduated with a Master of Science degree both in Sociology. She obtained her Secondary Teacher certification in Social Studies in 1974. In 1985 she completed the necessary college course requirements for a Provisional Principal Certificate in Secondary School Administration. Mary Jo also obtained 10 hours of Pastoral Counselor training from the Dallas Catholic University.

From 1975-1978 Mary Jo was the Director of Native Programs in Pawhuska, OK for the Osage Tribe. From 1979-1982 she was the Education Coordinator/Administrator for the Oklahoma Department of Corrections, Conner Correctional Center in Hominy, OK. She was the Indian History and Social Studies teacher at Fairfax High School from 1982-1984 and again from 1986-1990. From 1984-1985 Mary Jo was the Case Manager/Employment Counselor for the Oklahoma Department of Corrections, Enid Community Treatment Center in Enid, OK. From 1990-1991 Mary Jo was the Educational Specialist for the Oklahoma Historical Society, White Hair Memorial Center located near Hominy, OK. In the late 1990’s Mary Jo also served as the Osage Director of Child Care and Osage Director of the Johnson O’Malley Indian Education program. She taught American history for Bacone Indian college. Mary Jo was appointed to and served on the Osage Tribal Tax Commission. From 2004-2006 Mary Jo served on the Osage Government Reform Commission which was formed to develop a new Osage Constitution. She was also appointed to and served on the Tulsa Catholic Diocese Synod Commission.

Mary Jo was an avid reader and talented woman. She played the piano and was the organist for many years at the Sacred Heart Catholic Church in Fairfax. In her younger years, she loved to oil paint and create various drawings with Charcoal. She was also an excellent seamstress. Her Osage ribbon work on pillows, towels, and sheets were stunning. Additionally, Mary Jo spent several years researching and studying Osage tribal history, particularly the Osage murders that took place in the early 1900s. Due to her personal research and thorough knowledge of the Osage murders, she was interviewed, quoted, and referenced by New York Times Best Selling Author of the “Killers of the Flower Moon,” David Grann. Mary Jo also enjoyed spending time with her fellow Pah-Su-Li club members. She enjoyed playing pitch and poker with family and friends as well.

Mary Jo started college when her youngest started Kindergarten. Beginning a college career in the late ’60s as a wife and mother of four was unusual and certainly not an easy endeavor to accomplish. Taking college courses, driving back and forth from Fairfax to Stillwater, studying, preparing for exams, and taking care of four children and a husband at the same time was not an easy task, all the while remaining on the Dean’s and President’s Honor Rolls. As a result of her accomplishments and as a role model to many young Native American women striving to accomplish their goals, her daughter Leah and husband Brad endowed the “Mary Jo Webb Scholarship” at Oklahoma State University. This scholarship provides assistance to Native American women needing financial support to accomplish their educational and career goals.

Services will be held on Wednesday, September 11, 2019, at the Sacred Heart Catholic Church in Fairfax, OK. Father Desmond Ibeneme will officiate. Interment will follow in the Fairfax Cemetery.

Funeral service arrangements were made by Hunsaker-Wooten Funeral Home.

In lieu of flowers, donations may be made to Physicians Choice Hospice or the Sacred Heart Catholic Church, Fairfax, OK.

Mary Jo’s guestbook may be signed online at: www.hunsakerwootenfuneralhome.com