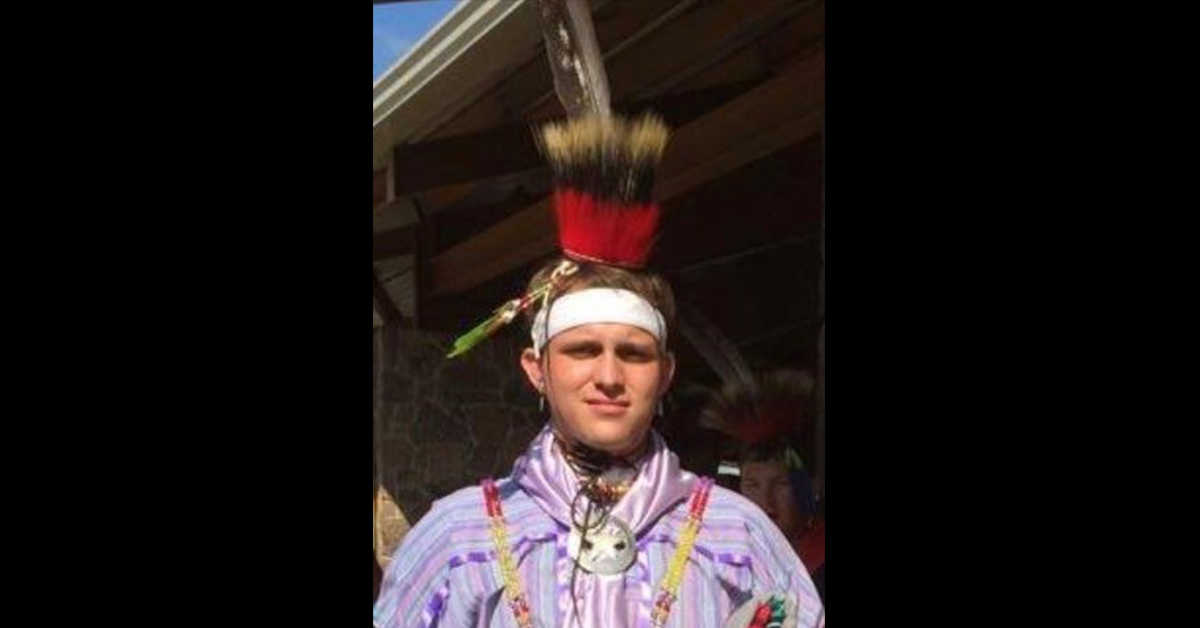 Our hearts are heavy because we have lost our Son, Brother, Grandson, Nephew, and Uncle Mark Grigg.  He was only 23 years old.

Mark Eldon Grigg was born on January 1, 1996, in Ponca City Oklahoma. He was the son of Jimmy Raider Grigg and Jo Lynette Bowman. He was a member of the Osage Nation, Deer Clan, his Indian name is Ne-She-Walla.  Mark served as an Alter-Boy at the Sacred Heart Catholic Church in Fairfax. He attended Woodland Public Schools in Fairfax where he graduated with the class of 2014.  He played baseball, football, and was a member of Osage County 4H. Mark enjoyed roping and participating in rodeos. Mark was enrolled in welding classes in high school where he obtained his welding license thru Pioneer Vo-Tech in Ponca City.  In his free time, Mark was an avid outdoorsman who loved to fish, hunt and spend time with his family and friends. He worked with his Uncles as a ranch hand. Mark also delighted in his Osage Heritage where he participated in the Gray Horse Inlonshka Dances every June where his Grandmother Barbara Bowman has a family camp.

Mark loved his family and was loved deeply by them. He enjoyed spending time with his niece and nephew. Mark was quick to make jokes that would make you laugh, he was also well-known in the Fairfax community.

Mark will be missed but never forgotten.