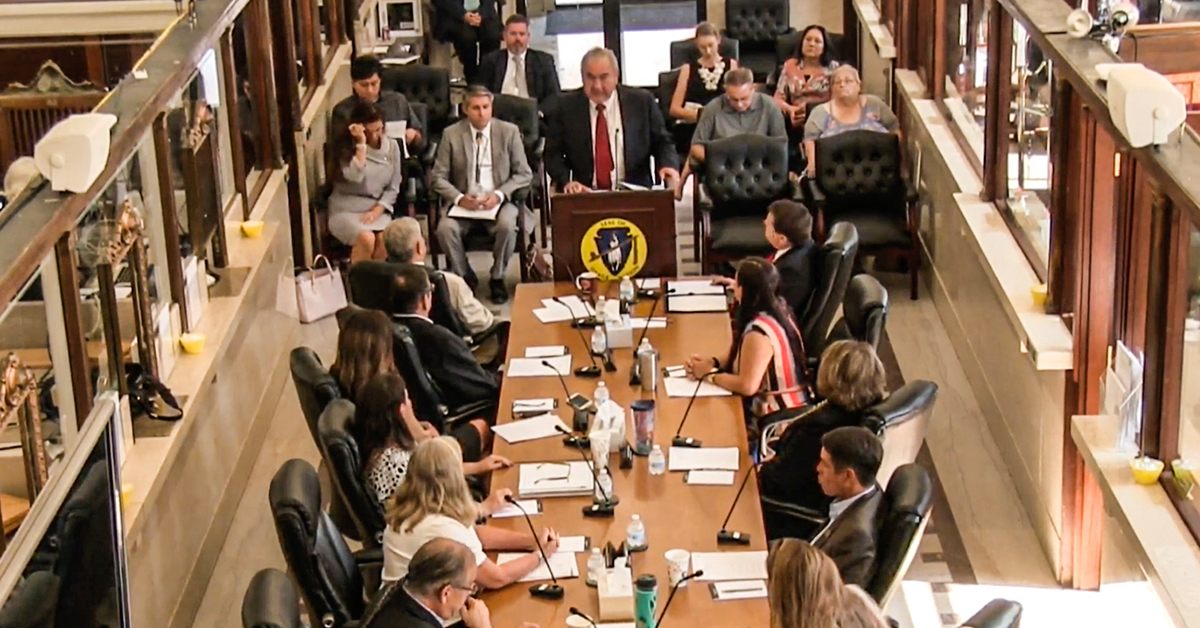 The recommendation comes as the Congress considers scores of budget bills for the Nation’s government operations and as the Nation responds to Oklahoma Gov. Kevin Stitt’s recent calls for renegotiating the tribe’s gaming compact set to expire Dec. 31. In his announced renegotiation plans, Stitt said his office intends to reevaluate and possibly increase the exclusivity fees that the Nation and other tribes with gaming operations pay the state for offering Class III gaming.

“It is well known a large threat to our revenue has come from the current Governor of the State of Oklahoma. United with the other Indian Nations we are now engaged in a common agenda on how to proceed,” Standing Bear said in his executive message at the start of session on Sept. 3. “In the meantime, it is my recommendation to the Congress to exercise extra caution in this session’s appropriation laws. Although we believe the state’s deadline of Jan. 1, 2020 will come and pass without major disruption to our gaming operations, we would be foolish not to prepare for events and outcomes, which are not favorable to us. Accordingly, I asked the Chief Financial Officer of Osage Casinos for calculations on different scenarios applying different gaming compact fees to casino operations and how these would change the gaming distributions to the Osage Treasury.”

On the gaming compact issue, Standing Bear continued in his address: “Governor Stitt has publicly stated his idea of what a compact fee would be, but he has not sent any formal letter reflecting what he has said in the press. He obviously believes the present fees of 4 to 6 % of electronic gaming machines and 10% of table games is not high enough to keep Oklahoma Indian gaming in its present status … The threat against revenue today presents the opportunity for this Congress to reevaluate the priorities set out in our Constitution. I believe the language is strong as to what the priorities should be, and I look forward to working with those of you who share in that belief.”

Congressional Speaker Joe Tillman also issued a legislative address that day and acknowledged Standing Bear’s remarks on the gaming compact issue. With “the seriousness of when the Governor of Oklahoma wants these renegotiations and the impact that it will have, the possibilities of reduction of funding for our government to operate, we have to seriously consider our priorities as Chief Standing Bear mentioned,” Tillman said. For the budgetary session, Tillman said the Congress is slated to appropriate approximately $50 million in tribal revenue for the government operations and services “for the Osage Nation and the Osage people.”

The Tzi-Zho Session stretches into the first week of October with the 2020 fiscal year starting Oct. 1.

Session and committee meetings held in the ON Capitol Building are public meetings (except executive sessions) and will be live-streamed at: www.osagenation-nsn.gov/multimedia/live-media