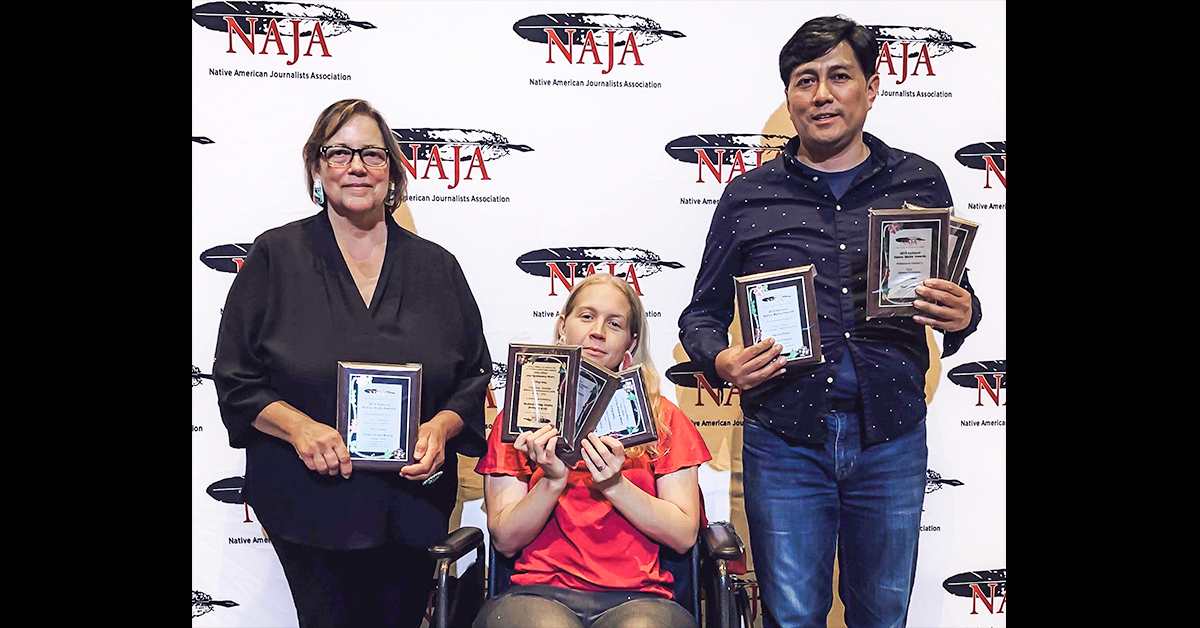 PRIOR LAKE, Minn. – The Native American Journalists Association awarded the Osage News with 12 awards for its 2018 coverage.

NAJA, in association with the Fourth Annual Conference on Native American Nutrition, hosted its annual conference at the Mystic Lake Conference Center, owned by the Shakopee Mdewakanton Sioux Community on Sept. 15-18.

Sessions were led by Indigenous journalists teaching in-depth skills and sharing new insights on media in Indian Country, including Osage News Senior Reporter Benny Polacca. Polacca was a panelist for "The struggle for press freedom in Indian Country" and spoke about the Osage Nation's Independent Press Act and focused on the successes and challenges tribal news media outlets face when trying to implement journalism practices.

The Osage News circulation is 7,200 and the newspaper staff competes in the Professional Division II, which is the 5,000-10,000 circulation category.

The Osage News won for the following: