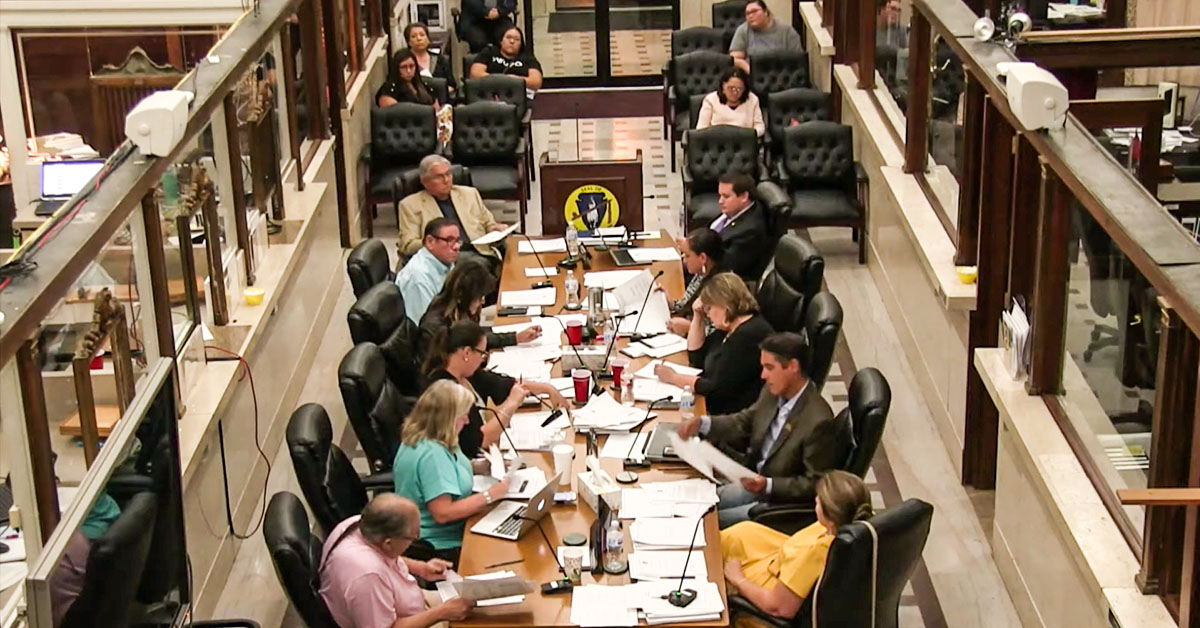 ONCA 19-88, sponsored by Congressman Eli Potts, appropriated $20,000 to the Regional Gathering Fund. The fund aids those Osage organizations that meet outside of the Nation’s historical boundaries. The money can be used for things such as building rentals and food for the gatherings.

Standing Bear wrote in his veto message he was reducing the amount of $20,000 to $10,000 because there is an existing balance in the fund of $34,000, which he said, “should be sufficient for the upcoming fiscal year.”

“The gathering fund is for Osage Nation members to gather at different regional places, to visit. All Osages are allowed to attend those meetings and they’re cultural, for the most part, and during elections they invite candidates to the forum,” she said.

She said those organizations that utilize the fund are entitled to as much as $7,500 each year and if each organization were to request the maximum amount available, the fund would run out. She also pointed out that 2020 is an election year.

Congresswoman Alice Goodfox said that although she supports the regional gathering fund, many of the organizations raise their own money, meet in places that are free and bring their own food, potluck style. She said if there wasn’t enough money for organizations to meet then she would consider a special session to appropriate more money to the fund if need be.

Edwards motioned to override Standing Bear’s veto and she and Potts were the lone “yes” votes. Veto overrides require nine votes to pass. Her motion failed.

ONCA 19-87, sponsored by Potts, appropriated $180,000 to the Foundation. The Foundation administers and distributes donations and arts matching grants for cultural, educational, health, historical, community and other appropriate activities and programs, according to their website.

Standing Bear wrote in his veto message the Foundation board did not request additional money from his office. He said any amount the Congress arrived at to appropriate to the Foundation was “arbitrary.” He reduced the amount to $130,000.

Edwards motioned for a veto override, but her motion died for lack of a second.