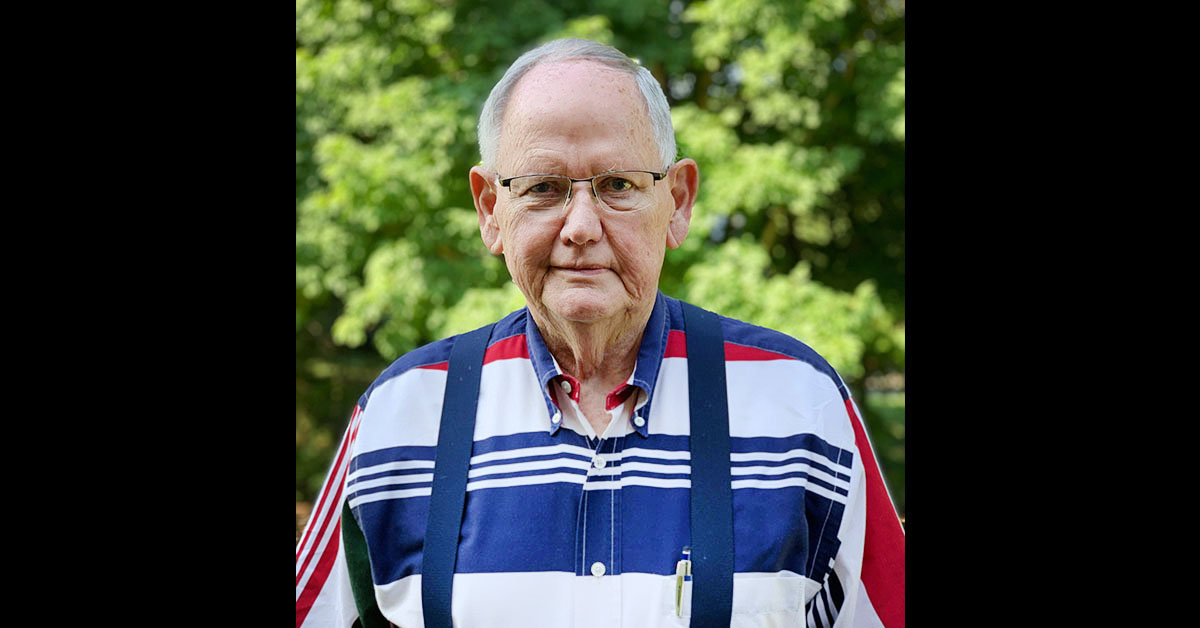 Joseph “Joe” Andrew Trumbly was born on Dec. 7, 1938, to Levi Oscar Trumbly, Allottee #2015 and Mary L. DeNoya. He was born in the Ponca City Hospital and grew up in Osage County.

He recently moved to Branford, Conn., with his family as his grandson begins his neurosurgery residency at Yale Medical School. Prior to his move he and his wife were the longtime owners of Clifton’s Art & Jewelry in downtown Pawhuska from 1994-2019.

Together, he and his wife lived in Ponca City, Tulsa, Midwest City, Baytown, TX, Pawhuska, Fairfax, and Bartlesville. He worked in the oil field as a welder and equipment operator after he graduated high school. He had a 32-year career at Phillips Petroleum Co. in various computing assignments. He also owned and operated an office rental and secretarial business in Tulsa at 71st and Yale.

ON: What are your fondest memories of your childhood?

Trumbly: I have so many that it’s difficult to select a few, but here are some highlights: My life on Sand Creek with Grandpa and Grandma Tinker, which included running along Sand Creek shooting snapping turtles and plowing the garden by way of a horse with Grandpa Tom Tinker. The summer after 3rd grade I learned to rake a hayfield using an old Ford tractor. During combining season, I drove the truck to the granary to have it scooped out. I also started participating in 4-H at a young age. Later in life I realized all of these experiences taught me good work ethics.

We moved to Fairfax during my freshman year in high school. Activities in 4-H continued to consume a lot of my time. On the Livestock Judging Team, we won first in state and got to go to Kansas City and Chicago. I placed second individual at Kansas City.

During high school, I devoted more time to calf roping practice and events. I bought my first and only great roping horse from Buck Cheshewalla. From horseback, I learned so much about the Osage. Virgil Tinker, my stepfather, had to lease grazing land wherever he could find it. Fortunately, we had some Osage friends. I recall leasing land from Suzie Craft near Hulah and Archie Mason’s land at Fairfax. I rode pastures out from the Big Bend, Grainola, Hulah, and Sedan areas where we had cattle grazing. I was also loaned out to help ranchers around Burbank and Shidler. I became friends with the foreman of the Mullendore Little Chief Ranch, which was only a few miles north of where I lived. I got to help him on several occasions.

Trumbly: I think I will have to go with combat veterans. Just thinking back to my own family I remember that Tom Tinker, a WWI veteran, had problems due to gas used in the war. Virgil Tinker was wounded at the Battle of the Bulge, WWII.  An uncle was shot down over Germany in WWII. I had a cousin in the Marine Corp who was in the Pacific during WWII. I particularly remember him being at Iwo Jima. Another cousin received two Purple Hearts for his service in Vietnam. I also remember the classmates who were killed in Vietnam. The list could go on, but I was amazed at how clear these memories are for me. I recall the hardships they had when coming back dealing with the VA. Although I believe it may be better now than it was for WWII vets.

Trumbly: My life has been a string of happiest moments intertwined with disappointments and hardships. Without the many happy moments, life would have been difficult. I experienced many great moments in 4-H and calf roping when I was young. I’ve had a great marriage of 59 years. We have two wonderful children and both have blessed us with grandsons. In my professional years, I represented Rotary Clubs of Oklahoma and SE Kansas on a six-week business exchange with England. During my career with Phillips Petroleum, I traveled extensively. However, more important, I got to travel with my family to many historical and interesting places.

Trumbly: Favorite or happiest questions are difficult because I have been so blessed. The ’50s stand out because I began learning about life’s happy moments, disappointments, hardships. We were poor but did not know it. We had plenty to eat because we grew almost everything except basics such as sugar, salt, and flour. I learned how to handle situations where a teacher, coach or adult treated you unfairly.

The ’60s is when I got married and my two children were born. I went to work for Phillips Petroleum Company, and after a couple of years, they started training me to be a programmer.  The first computer I worked with was an IBM 1401 with 12K memory, and it probably had 1% or less of the power of my cell phone today.

During the ’90s, I was elected to three terms on the Osage Tribal Council. I took the opportunity to take early retirement from Phillips Petroleum, which provided me the time to spend more time on Osage business.

Trumbly: Maybe not the most impactful, but certainly very memorable events that I vividly remember were tragedies.

November 22, 1963, the Kennedy assassination – I was working in my office in the west wing of the Phillips Tower, which is the only part of the old Phillips building still standing. Phillips let employees go home early.

April 19, 1995, the Oklahoma City bombing – There were two Osage employees on their way to a meeting across the street from the Murrah federal building. They were running 10 to 15 minutes late, which probably saved their lives.

September 11, 2001 – the terrorist attacks. I was in a meeting in Tulsa at 61st and Yale with a Mineral Council committee and the Osage Chief discussing a possible opportunity with an oil company. I did not learn about the attack until the meeting was over. When we left for Pawhuska, every gas station in Tulsa had long lines at the pumps.

“The Perfect Weapon” by David E. Sanger
War in the Cyber Age

“The Good Earth” by Pearl S. Buck
Dramatizes family life in a Chinese village in the early 20th century.
Was assigned reading in high school.