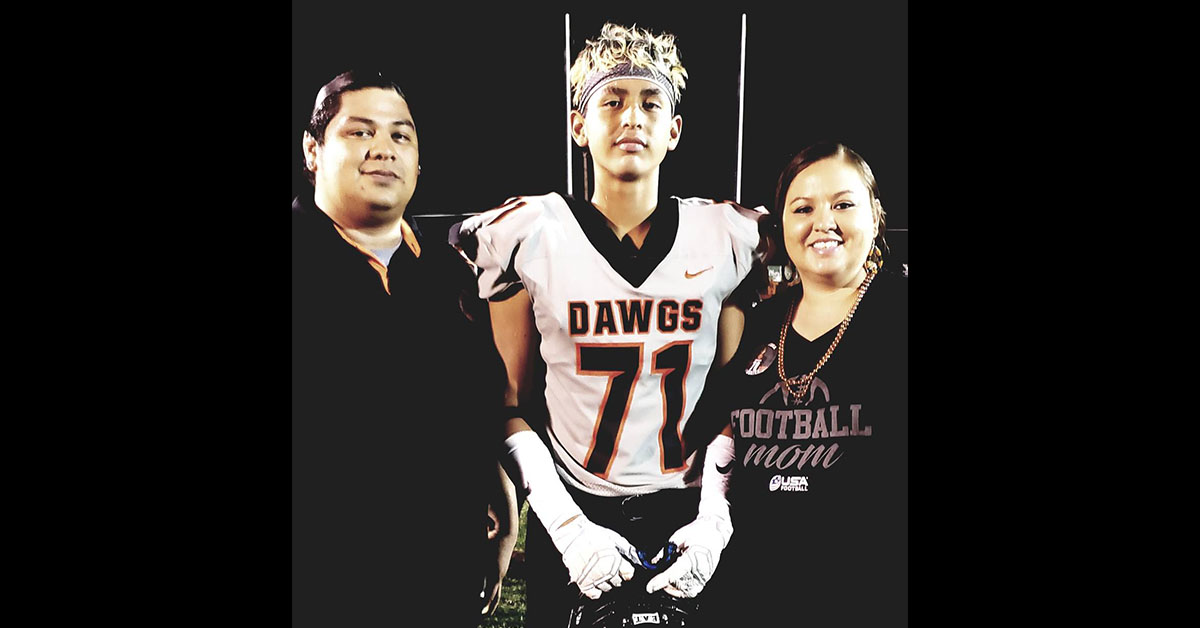 Lesharo Wildcat is hitting the road to do some hitting.

A sophomore lineman at Pawhuska High School, Wildcat has been invited to be part of the U.S. Under-16 national football team in the International Bowl. The team will play Mexico in AT&T Stadium in Arlington, Texas, on Jan. 15, 2020.

Wildcat joins Muskogee defensive lineman Evan Keefe as the only two Oklahomans on the Under-16 roster.

In order to qualify for the team, Wildcat had to participate in two rounds of tryouts earlier this year, as well as provide documentation of his commitment to academics. Among the first rounds of cuts in the tryout process were student-athletes whose grade point averages were outside the top 15 percent of the player pool.

“I’m just really proud of him,” his mother, Mary Wildcat, said. “He’s worked so hard year-round, not just with his teammates, but on his own as well.

“He’s worked hard in school to make good grades, as he realizes that’s a big part of it as well. We’re just really proud of him for that.”

Through eight games, Wildcat averages seven tackles per game for the undefeated Huskies this season. During the annual Battle of the Osage on Oct. 17, he had 11 tackles, including five solo hits as part of Pawhuska’s 46-12 road win.

He has already started attracting interest from college coaches, with his first recruiting letter coming at the end of his freshman season.

As the recruiting letters start trickling in, he encourages younger football players to be persistent so that they can have the same opportunities.

“Just have to go hard every day in practice and keep working at it,” he said. “Have to try to be the best you can be.”