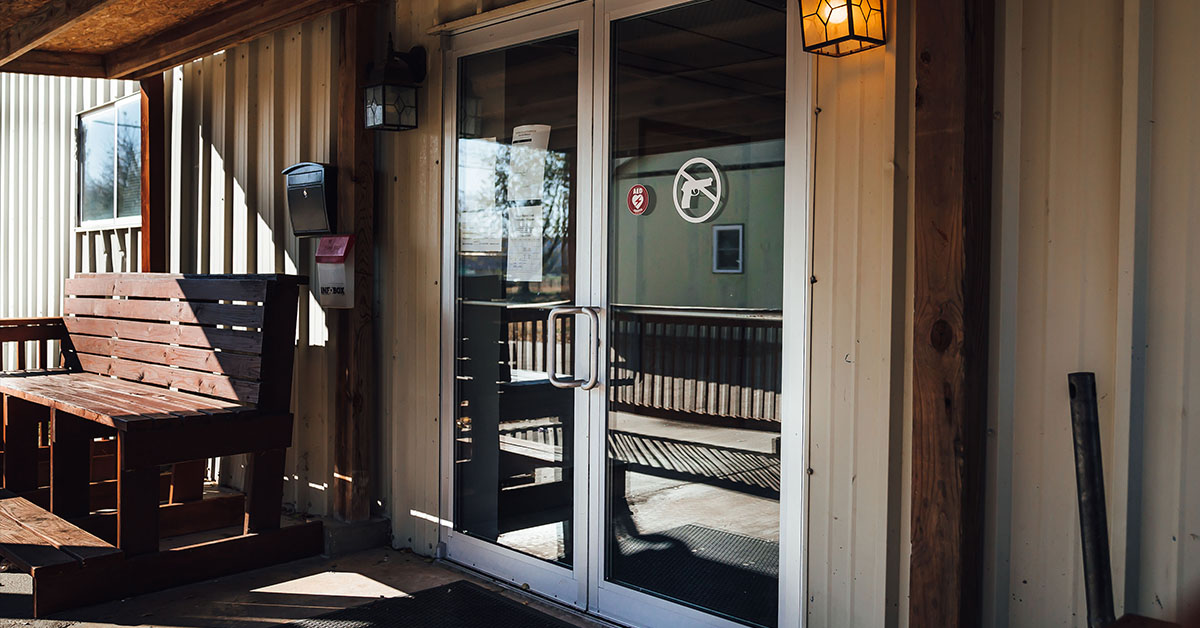 Photo caption: An image of a gun with a slash over it lets visitors know there are no guns allowed inside Wakon Iron Hall in the Pawhuska Indian Village. CODY HAMMER/Osage News

Despite a new Oklahoma law taking effect Nov. 1, firearms are not welcome in the Osage Minerals Council’s chambers or offices.

As of Nov. 1, state law no longer requires legal residents over age 21 or military personnel over age 18 to have a permit or undergo safety training to publicly carry a gun if they are not subject to any other legal barriers to gun ownership, such as a felony conviction.

Also referred to as constitutional carry by supporters, the measure does not extend to buildings or office spaces used or leased by any government entity to conduct business. Additionally, since the Osage Minerals Council chambers are on tribal land, state law does not automatically apply.

“Our building will be set aside with signage that we will not allow open carry here,” Chairman Everett Waller announced at the beginning of the council’s Nov. 1 meeting. “It doesn’t matter what others do, we aren’t allowing it.

“We have a zero-tolerance policy. ONPD will be called immediately.”

A similar policy will be in effect during the council’s Oil and Gas Summit Nov. 13-14, as Osage Casinos also prohibits permitless carry at its properties. The summit will be held at Osage Casinos’ flagship property in Tulsa.