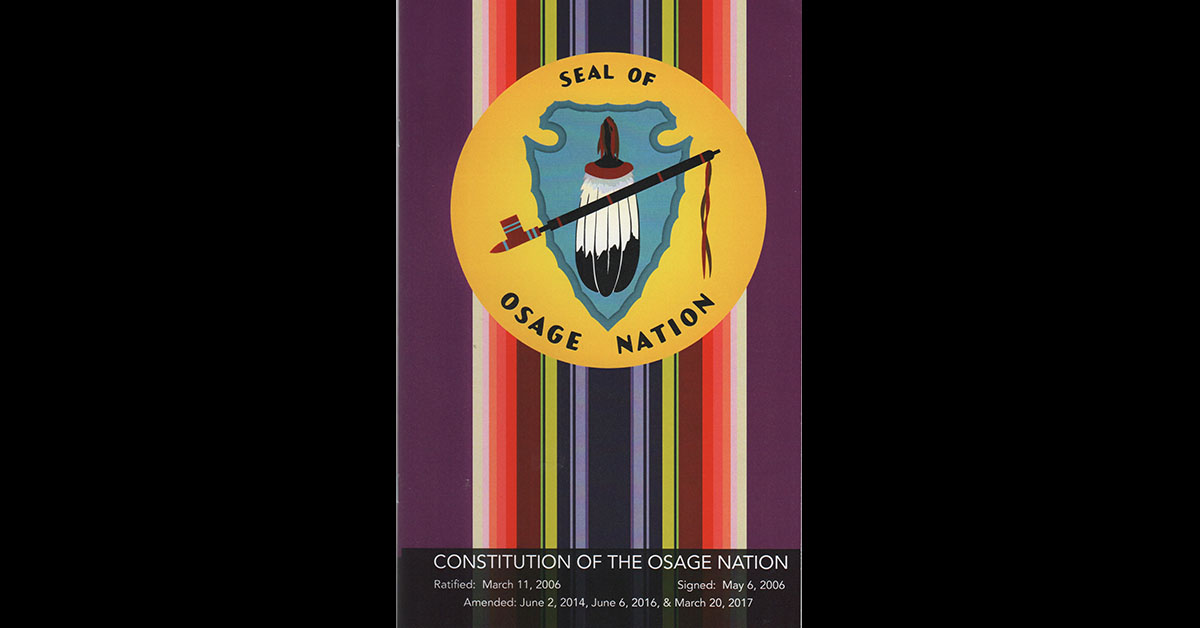 After several rounds of edits and tweaks, the Osage Minerals Council is now backing proposed constitutional amendments from a group of shareholders.

At its Dec. 6 meeting, the council passed a resolution of support for constitutional amendments from a shareholder group known as Annuitants for Change.

Initially brought forward earlier in the year, the proposed amendments deal with Article XV of the tribe’s constitution and who has what authority with respect to oversight of the minerals estate.

The council did not endorse the initial proposal from Annuitants for Change, which would have stripped the tribe’s judicial branch of all judicial oversight over mineral estate cases and instead sent those cases to the federal system. Instead, members of the council and its attorney, Wilson Pipestem, met with representatives from Annuitants for Change to hash out more mutually palatable language.

As proposed at the Dec. 6 council meeting, the amendments would give the Osage Nation Supreme Court primary jurisdiction over cases involving the Osage Minerals Council.

An additional amendment would explicitly bar the Osage Nation Congress from having authority over the mineral estate.

The resolution passed by a 4-1 count, with Second Chair Andrew Yates and Councilor Paul Revard abstaining. Councilor Susan Forman was absent, while Councilor Talee Redcorn cast the lone dissenting vote due to concerns about the section regarding the Osage Nation Congress’ authority to develop energy-related laws.

“That sentence is very complicated and the mineral estate is a big asset,” he said.

Getting the Minerals Council’s backing does not guarantee that the amendments will appear on the ballot any time soon, however. In order to get the proposed amendments formally before voters, either one-quarter of the tribe’s electorate has to sign a petition or at least 10 of the 12 members of Congress can vote in favor of a resolution calling for a ballot question.

Although the council granted one annuitant organization’s request, it tabled one from another in order to discuss it with legal counsel.

At a recent quarterly meeting, the Osage Shareholders Association authorized its president, Lou Phillips, to formally ask for copies of the council’s current budget and expense reports.

Citing a desire to avoid disclosing proprietary information, the council voted to table the OSA’s request pending receipt of a written request under the Open Records Act and discussion with Pipestem. Once those items are in hand, its interest in including financial information in its upcoming edition of the newsletter.

“I believe instead of sending it to one group, we need to send it to all shareholders,” Councilor Margo Gray said. “After we talk to legal counsel, let’s see what we can legally put out there. It needs to go out to all of our shareholders.”

In other business, the council approved its regular meeting schedule for the upcoming year. With one exception, it will continue to meet on the first Friday and third Wednesday of each month. As was the case in 2019, the council will forego its Friday meeting in July and only convene on July 15.