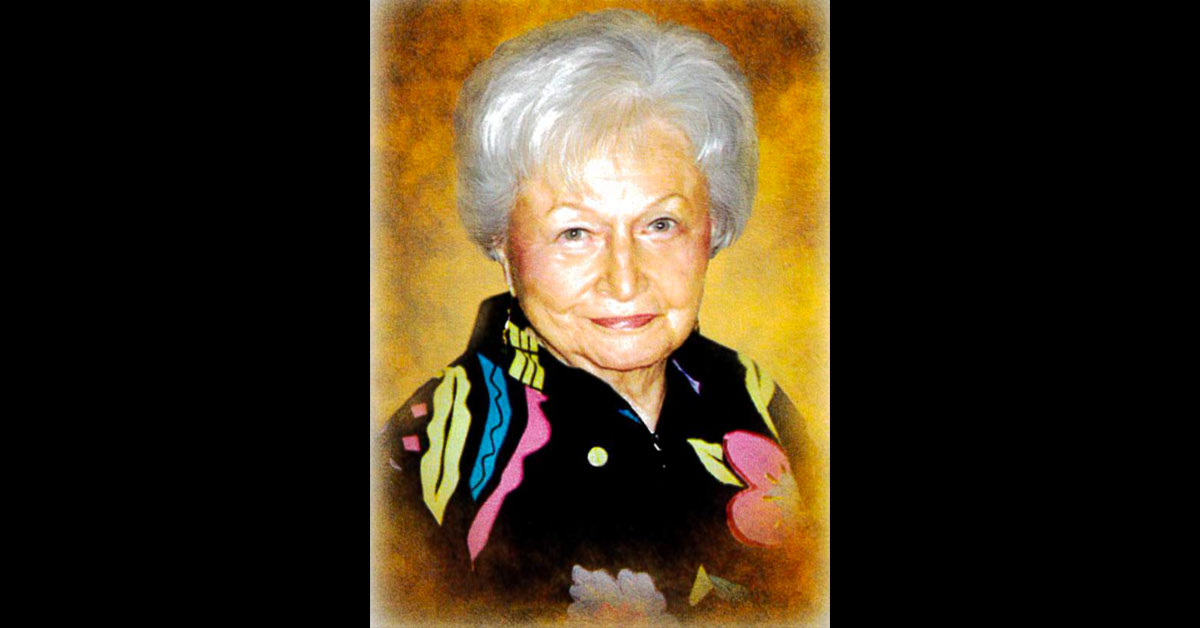 Virginia Dare “Honey” Sego passed away peacefully on Friday, Nov. 1, 2019, at Butterfield Trail Village in Fayetteville, AR, six weeks prior to her 103rd birthday. She was born on Dec. 12, 1916, in Wynona, OK, to Mary Stephens and Roy C. Friend. She was a member of the Osage Nation and the oldest living Osage in Arkansas.

Virginia attended school in Bartlesville, OK, graduating from Bartlesville High School in 1933. She attended Southwestern College in Winfield, KS, a school with a strong performing arts program that prepared her as a confident public speaker in the coming years. From 1947 to 1972 she was employed as the receptionist for Cities Service Oil Co. cooperate headquarters in Bartlesville. When Cities Service moved its headquarters to Tulsa, Virginia was hired by Phillips Petroleum Co. as their receptionist until her retirement.

Virginia and Presley W. (Pres) Sego were married on April 15, 1941, and lived in Wichita and Winfield, KS, until 1947 when they moved to Bartlesville.

For many years Virginia was part of the Magic Suitcase program, an outreach of the Oil Industry Information Committee, presenting to social, civic and business clubs, schools, churches and television stations all the man-made miracles from the amazing world of oil.

Virginia and Pres were active in their church as well as many civic and charitable groups, volunteering in MUTUAL Girls Club and Salvation Army Auxiliary, and was a Past Grand Officer of the Order of the Eastern Star.

Virginia moved to Northwest Arkansas in 2003 to be near her family after Pres died. She was a member of the Fellowship Bible Church in NWA and attended Fellowship Fayetteville from the time it opened. She read the Bible daily and loved the Lord Jesus with all her heart, purposefully making Him known wherever she lived and praying without ceasing.

She was preceded in death by her husband, parents, son Charles Friend Sego, sister Mary Frances Berkihiser and an infant brother.

Graveside burial service was Nov. 7 at Memorial Park Cemetery in Bartlesville. A memorial service was held in the Performance Hall at Butterfield Trail Village in Fayetteville on Nov. 8.

In lieu of flowers, the family request donations to the Fellowship Bible4 Church of NWA, 1051 W. Pleasant Grove Rd, Rogers, AR 72758 or to the BTV Foundation fund for the Health Center, 1923 E. Joyce Blvd, Fayetteville, AR 72703.