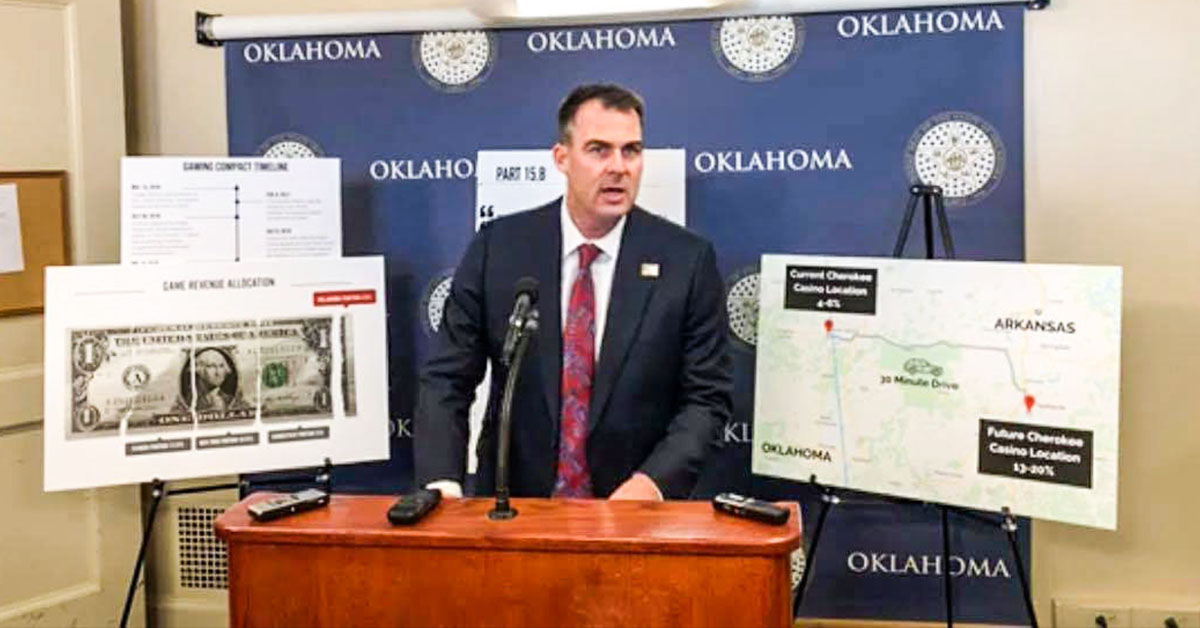 Despite Governor Kevin Stitt’s warning that all tribal casinos operating Class III games on Jan. 1, 2020, would be operating illegally, it will be business as usual for Osage Casinos.

Gaming compact negotiations are still at an impasse for the more than 30 gaming tribes in Oklahoma and Oklahoma Attorney General Mike Hunter announced Tuesday he is withdrawing his “participation” from the negotiations. He sent a two-sentence letter to Stitt, offering no explanation as to why.

That same day, Stitt held a press conference addressing Hunter’s withdrawal from negotiations and said he told Hunter he wanted a “unified voice” for Oklahoma. He said he was finalizing a contract with an out-of-state law firm to handle negotiations because they had experience in gaming litigation with tribes. He did not say which law firm he was hiring.

“I am announcing today that the state of Oklahoma, that tribal leaders join me in signing an extension to the gaming compact, it will allow each side to retain their legal positions. I want business to continue as usual while we resolve this dispute,” he said. “We do not want gaming to be illegal and we do not want vendors operating illegally. The only way is for the state and the tribal leaders to agree to an extension.”

He did not state how long the extension would be for but said it would be enough time for all tribes to negotiate a new compact with the state.

“I think tribes have been very clear on this point, we believe that the compact triggers have already been met for renewal. We don’t need an extension in order to operate after January 1,” he said.

Morgan said there is no indication that the tribes have not remained united. He said Stitt has not reached out to tribal leadership. He said tribes are willing to negotiate within the confines of the existing compact. The OIGA had hoped to have productive conversations with the state before heading to court, but if that’s the road Stitt wanted to take then tribes would be prepared, he said.

“It’s unfortunate,” Morgan said. “I think he could spend our tax dollars better than reaching out to an out-of-state law firm to engage on a question that has clearly already been decided by the plain terms of the compact.”