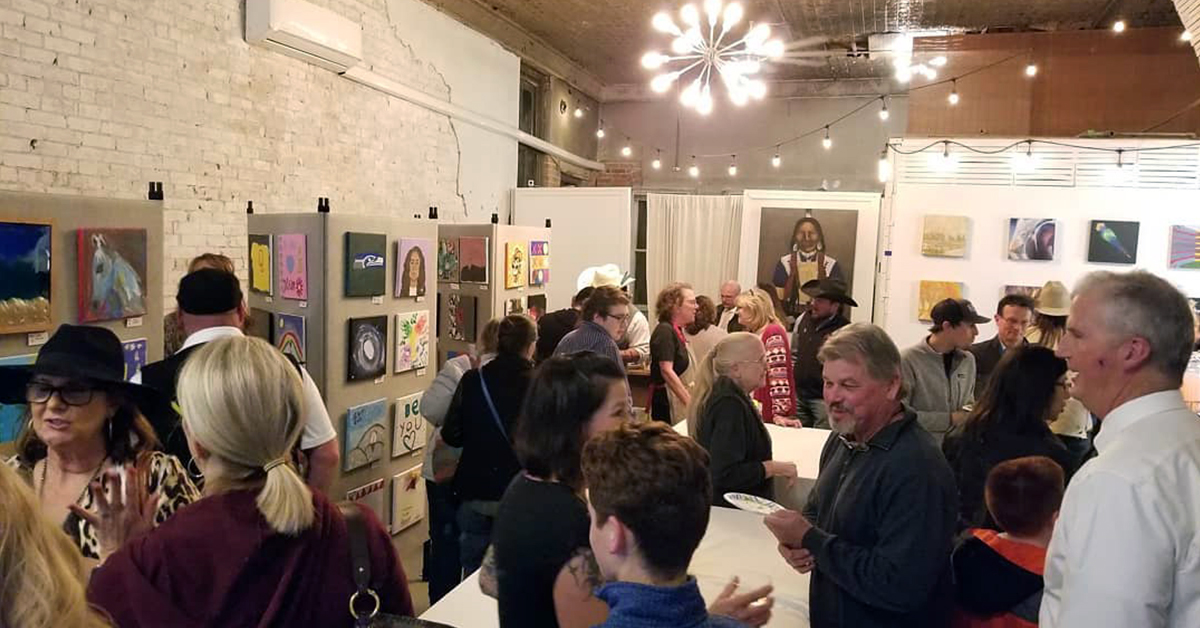 The Gallery Experience raises more than $11,000 for Pawhuska schoolteachers

In its second year, The Gallery Experience art-driven fundraiser topped its inaugural year’s collection by $9,000 with a total of more than $11,000 raised from art purchases and live auction bids at the Dec. 5 event.

“We raised over $11,000 tonight at the auction,” Roanhorse said on her Instagram page. “I’m so proud and thankful for the artists involved.” She also sits on Pawhuska’s Board of Education after winning a five-year term in the school board election in early 2019.

The Gallery Experience featured paintings on 12” x 12” canvases with many painted by Pawhuska school students, as well as school teachers, local community members and Osage artists who donated their works for the fundraiser featuring several paintings on display for sale or up for auction bid.

Scores of local Pawhuska and Osage community members attended the event with purchases made before the auction started. Cody and Lauren Garnett, owner/ operators of the Ben Johnson Cowboy Museum in Pawhuska, provided their auctioneer services that night.

The 2018 inaugural Gallery Experience came as Oklahoma state funding for its schools made headlines with teacher walkouts in April protesting low salaries and lack of education resources to do their jobs.

Teachers in Oklahoma earn about a third less than the average teachers' pay nationwide, according to a July 2019 USA Today article. The average annual pay in the state, adjusted to the cost of living, is $46,456, the lowest teacher salary of all states and considerably less than the U.S. average of almost $63,000.

“Every penny will go directly to every teacher in the Pawhuska Public School District,” Roanhorse said. At the event, Roanhorse said her daughter, Anya Brezinski, and other art students are the reasons she helped put the event together. In past years, Roanhorse has hosted art workshops in Pawhuska and took note of students with artistic talents.