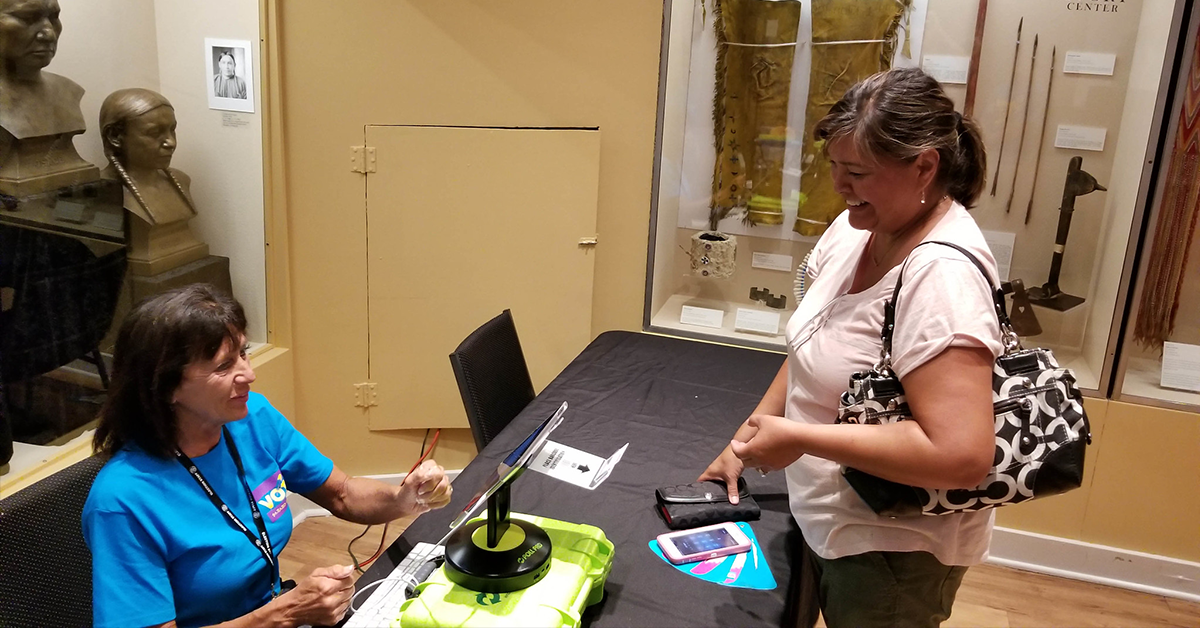 The candidacy filing period for Osages interested in running for the Seventh Osage Nation Congress in the 2020 general election starts Feb. 4.

Election Day is the first Monday of each June during election years, according to the 2006 Osage Constitution. This year’s general election will be held on June 1 in Pawhuska.

The Congressional candidate filing period stretches 20 days and will end at the close of business on March 2, according to ON Election Supervisor Alexis Rencountre. ON government office hours are weekdays from 8 a.m. to 4:30 p.m.

According to the Constitution, enrolled Osages who are at least 25 years old on Election Day and who have never been convicted of a felony are eligible to run for Congress.

Per the Constitution, all enrolled Osages who are 18 years old and registered to vote shall be qualified to vote. The Constitution also states the Congress shall establish an election law creating an Election Board that shall be charged with conducting both general and special elections.

In planning for the general election, the Election Office staff and three-member Election Board will be following procedures in the Nation’s most up-to-date election code (ONCA 17-107) along with rules and regulations governing elections (ONCR 19-10) approved by Congress last year.

The election code charges the Election Board with keeping a permanent voter registry of qualified Osage voters, which notes: “The Osage voter registry shall include all enrolled (ON) members 18 years of age or older who have been issued an (ON) membership card on or after Oct. 9, 2002, bearing the signature of (an ON) Principal Chief.”

Rules/ regulations listed in ONCR 19-10 include:

- Requiring each candidate to file for candidacy in person at the ON Election Office in Pawhuska.

- The candidacy filing fee for each Congressional candidate is $300 and shall be made with a cashier’s check or money order.

At an Election Board meeting in fall 2019, Chairwoman Shannon Lockett said candidates could open a campaign bank account as early as possible as long as the proof is provided to Election Office staff at the time of filing.

All candidates will be required to provide two campaign reporting statements listing campaign donations and expenditures out of the campaign bank account, according to the election rules and regulations. Failure to follow the rules and regulations could result in fines issued by the Election Board.

For more information on the elections, filing for candidacy, or to register or update addresses for voting, and to request absentee ballots, contact the Election Office toll-free at (877) 560-5286 or visit its current website at www.osagenation-nsn.gov/what-we-do/elections