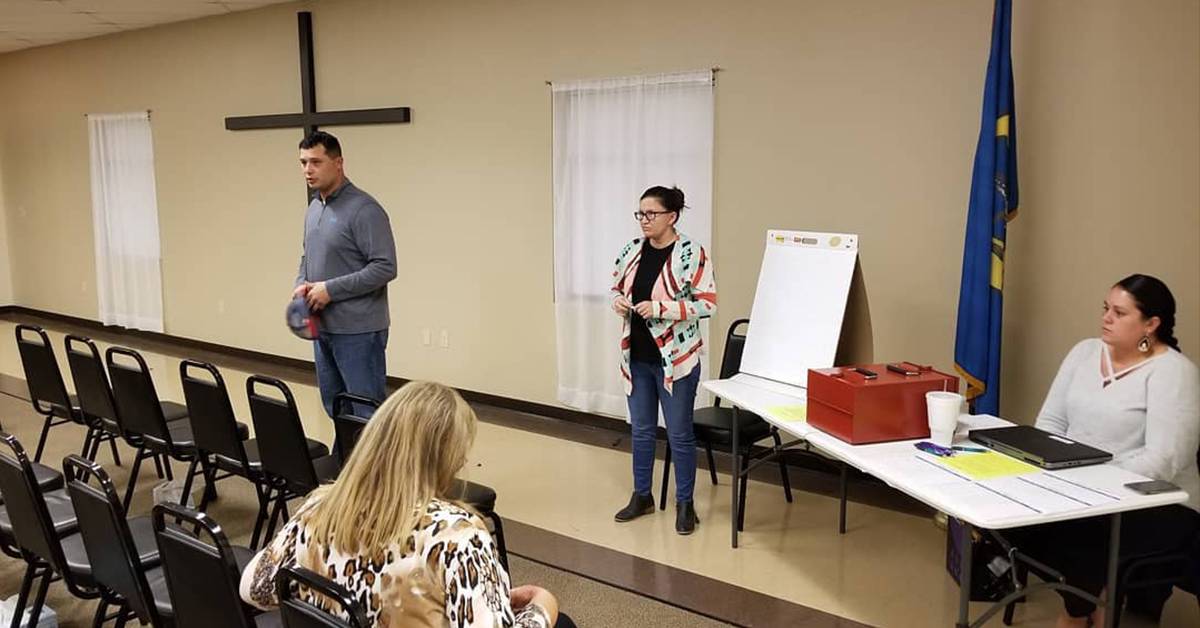 Photo caption: Voting was open for the 2019 Hominy Village Committee election at the village chapel until 8 p.m. on Dec. 3. The Osage Nation Election Board assisted with the election. BENNY POLACCA/Osage News

The 2019 Hominy Village election took place as all five positions opened for two-year terms. The Osage Nation Election Office staff assisted with the one-day election as it has during the most recent village elections for Hominy and Pawhuska.

The 2019 Hominy Village election took place in accordance with a Nov. 14 executive order signed by Principal Chief Geoffrey Standing Bear calling for the election to take place that night. Village residents who are age 18 and older are eligible to vote in village elections, per Osage law.

Village Committee terms are for two years, per the 1964 Hominy Village Constitution. The village chapel served as the election polling site while a cultural class took place at the nearby community building.

At 5 p.m., the election started with the election officials asking for nominations from village residents in attendance. Residents nominated 10 candidates and those candidates’ names were written on a large paper tablet for residents to pick from as they wrote their candidate choices on pieces of paper, which were then deposited into a locked metal box.

Election Board member Belle Wilson, whose brother is Waller and niece is Hope Waller, was present with election staff, but did not participate in vote counting. The other two Election Board members Shannon Lockett and Terry Hazen were on travel status at the time.