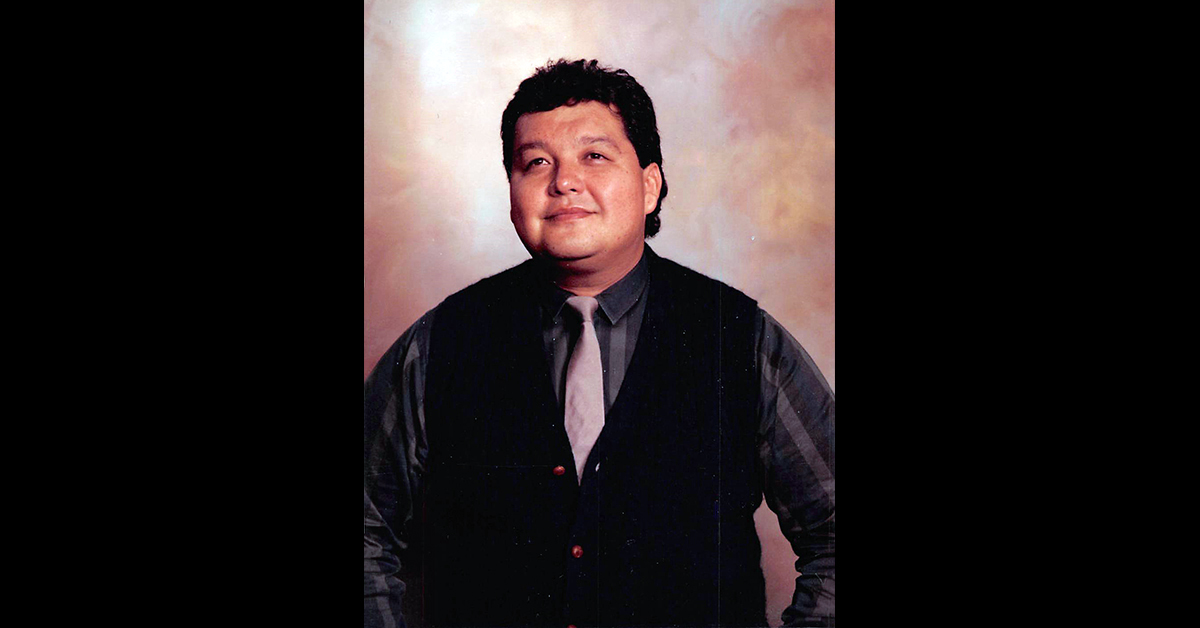 Thomas Gilbert “Gil” Daniels ll of Fairfax, Oklahoma made his final journey home to his Creator on Tuesday evening, January 14, 2020. He was 65 years old. He passed away at St. Francis Hospital in Tulsa, Okla. with his loving family by his side.

Gil was born on Saturday, March 27, 1954, to Thomas “Tommy” Gilbert Daniels, Sr. and Carol Sue (Smedley) Wayman in the Fairfax Hospital. He was the eldest of their three children, having two younger sisters.

Gil was raised in Fairfax and attended Fairfax Public Schools, graduating with the Class of 1972. He played football during both his Junior High and High School years. His classmates voted him “Best Personality” in his senior year. He later attended and graduated from Victory Bible College in Tulsa, Okla. He loved to read and study the word of God and to share his faith with others

In 1957 at the young age of three, Gil was brought into the Inlonshka dance held at the old Grayhorse Round House. He participated for several years in the June dances with his relatives. He was honored to be from the Grayhorse District, Eagle Clan (Hunka).

In his younger years, he was an avid golfer, often entering local tournaments. He enjoyed all sports, keeping up with outcomes through newspaper stats. Most recently, he spent time visiting with friends over lunch at the Nutrition Center. Gil treasured his many friendships and loved all his family and extended family.

In addition to his grandparents, he was preceded in death by a granddaughter, Montana Rose; a nephew, Dustin Lance; a brother-in-law, Roger Lance; as well as many aunts, uncles and cousins.

In lieu of flowers, memorial donations may be made to the Hospitality House of Tulsa at www.hhtulsa.orgorby mail at PO Box 14472, Tulsa OK  74159.

Arrangements are being handled by Hunsaker Wooten Funeral Home. You may visit Gil's online memorial page at www.hunsakerwootenfuneralhome.comto share a message or leave a condolence for his family.