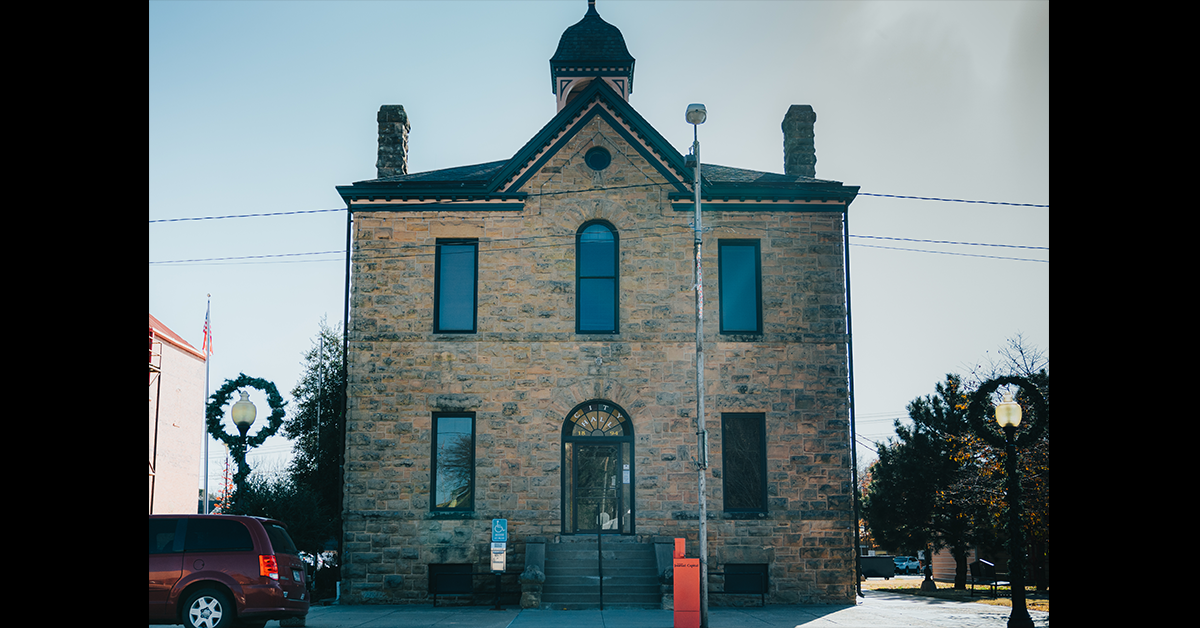 Photo caption: The Osage Nation is in beginning talks to purchase the Pawhuska City Hall building if all parties can come to a consensus on the terms. The building is the historic Council House of the Osage Nation. CODY HAMMER/Osage News

The Osage Nation Congressional Affairs committee asked the Executive Branch for an appraisal and a structural analysis of the Pawhuska City Hall building before they consider whether it’s in their best interest to purchase the building.

The committee met on Jan. 22 to discuss the purchase, as well as the moving plan for the legislature and its staff to make way for the upcoming filming of “Killers of the Flower Moon,” which is estimated to begin in May after a 10-week push was announced.

Congresswoman Maria Whitehorn said she supports the idea of purchasing the building but asked if there is an alternate plan for the building in case the Congress objects to moving in.

“I think it would be, depending on the price of course, it would be a really good acquisition and I think we could find a good use for it but there’s no plans right now. Right the plan is exactly as Asst. Chief Red Corn described. We would just hope that the Congress would like to go back into it,” Standing Bear said. “Speaking just right now, off the cuff, I think we should try to find a way to acquire it.”

“I agree with the Chief. There is historical significance in purchasing the building, an opportunity for finding a home for the Congress,” said Congressman Eli Potts. “I think this is a workable plan.”

Congressman Joe Tillman said in 120 days six new members of Congress could be sitting at the table to help make a decision and cautioned the committee to move slowly on the matter. He said City Councilor Jourdan Foran mentioned at the City Council meeting on Jan. 14 that the City would have a commercial property appraisal conducted on the building.

“We want this process to be as transparent as possible. In my very first meeting the issue of price came up and the city said that at the front end, from their perspective, the price of the building is going to be what it costs them to replace it,” Red Corn said. “Now, that may not have sat well with some, but whether it does or not, in my way of thinking it’s an understandable position to take.”

Second Speaker Paula Stabler, who is the committee chair, said she was excited about the building acquisition but said it was still up for discussion on whether it’s meant for Congress.

“The purpose of almost all actions at the front end is information gathering so that an informed decision can be made,” Red Corn said. “If we all understand that principle, this is the first decision to be made.”