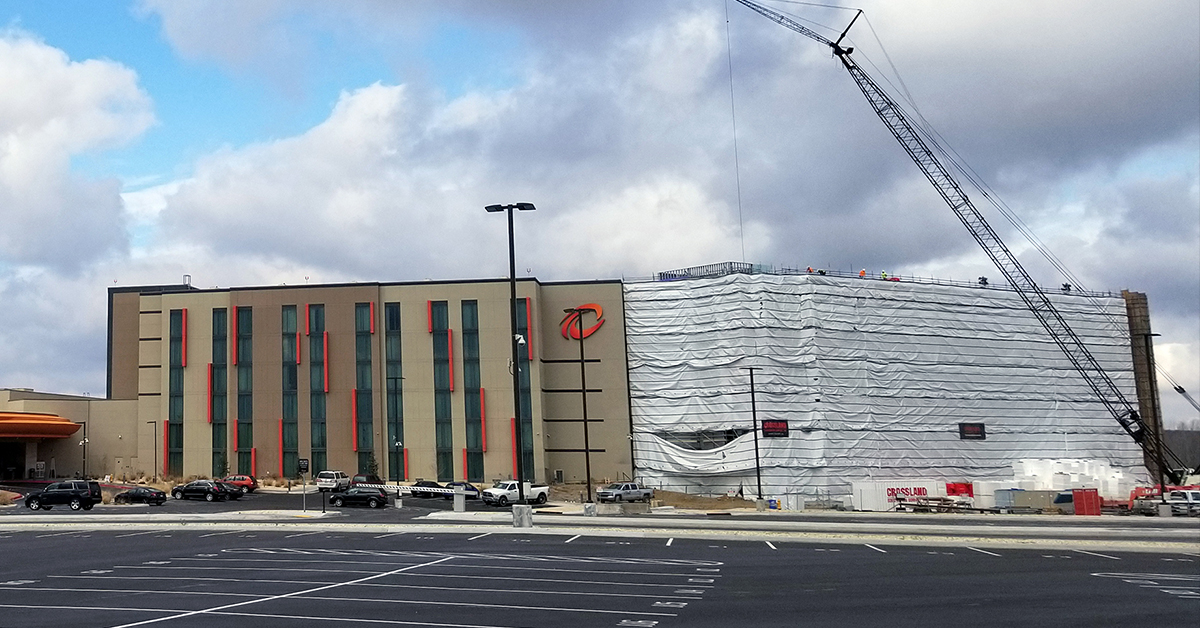 Photo caption: Construction work continues on the second hotel tower addition at the Tulsa Osage Casino on Jan. 15. The 145-room tower is slated for completion in August. BENNY POLACCA/Osage News

Along with the other Oklahoma gaming tribes, the Osage Nation Gaming Commission is under notice the state’s Office of Management and Enterprise Services intends to audit the Nation’s exclusivity fees paid to the state from Class III gaming.

The OMES sent a letter dated Dec. 20 to the ONGC in Pawhuska stating its intent to start the audit process on Feb. 24 when an OMES audit team is scheduled to visit the ONGC. At issue and the scope of the audit is the 2018 calendar year, according to the letter, which was stamped as received on Dec. 27.

The letter says the “State Compliance Agency (SCA), also known as the Gaming Compliance Unit with (OMES) conducts annual audits of Enterprise’s conduct of covered games. The SCA has conducted said audits of other Enterprises and is preparing to conduct an investigation of revenue of the Osage Nation’s Class III gaming activity. The objective of the investigation is to determine if the State has received all fees owed from the conduct of covered games pursuant to the terms of the Model Tribal Gaming Compact.”

The three-member ON Gaming Commission board met in executive session with legal counsel on Jan. 6 as allowed by Osage law. Afterward, board members Larraine Wilcox and Gary Weyl unanimously passed a motion authorizing GC Executive Director Elizabeth Hembree to review options for a response to the letter.

As of Jan. 27, Hembree said efforts are still underway on a formal response to the OMES letter.

“At the completion of the investigation, the SCA will forward a written report, including any suspected violations of law or of the Model Tribal Gaming Compact, to the Tribal Compliance Agency and the Office of Governor,” the OMES letter also states.

Gov. Kevin Stitt’s office called for the audits in wake of his disagreement with the state’s gaming tribes on whether the 15-year gaming compacts expired on Jan. 1, 2020. The gaming tribes argue the compacts automatically renew for another 15-year term, but Stitt disagrees and has told news media he is seeking higher exclusivity rates paid to the state from the tribal casinos Class III gaming activities.