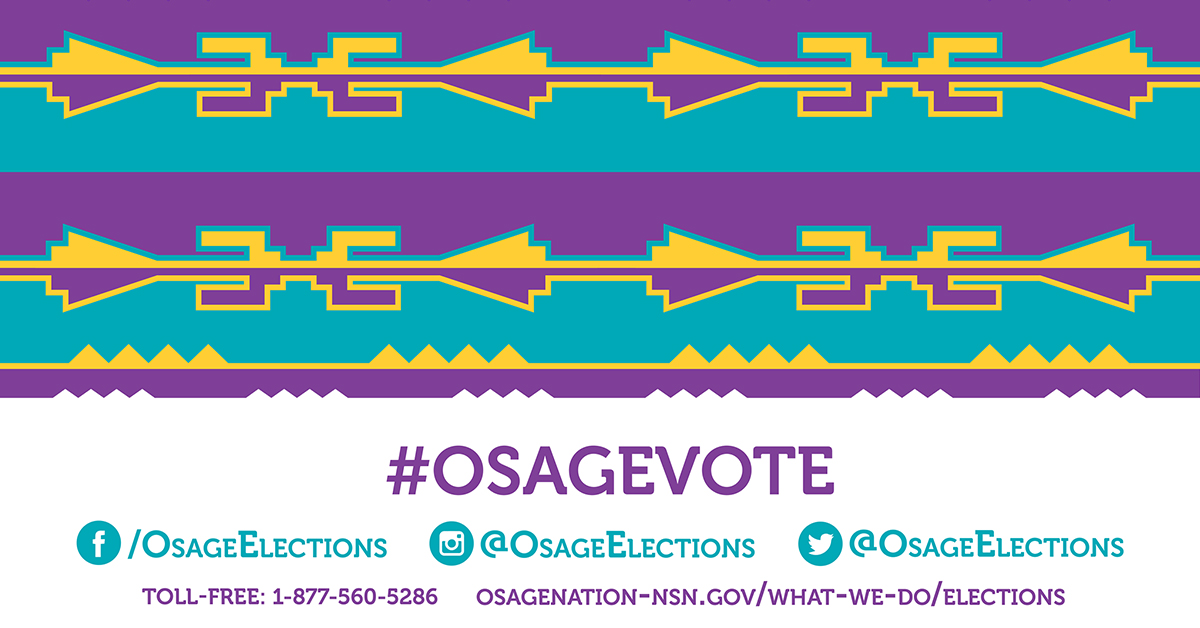 By Feb. 14, a total of nine Osages filed for candidacy seeking office in the June 1 general election where six Osage Nation Congressional seats will open.

The Congressional candidate filing period is open through Monday, March 2 at the ON Election Office in Pawhuska. Eligible candidates are tribally enrolled Osages who are at least 25 years old on election day and who do not have felony convictions, according to the 2006 Osage Constitution.

On Feb. 11, Jim Trumbly filed for candidacy and paid the $300 filing fee required from all Congressional candidates. Trumbly, the seventh candidate to file, is a seasoned college professor who has also worked as a project manager for the Nation’s Bird Creek Farm. This is Trumbly’s first run at seeking Congressional office.

The next day, Billy Keene filed and became the eighth candidate to do so. Keene has worked for the Nation as an accounting worker, compliance specialist and previously served on the Nation’s Utility Authority Board. This is Keene’s first run at seeking Congressional office.

On Feb. 14, Michael Kidder filed and was the ninth candidate by week’s end. Kidder previously served on the Nation’s Gaming Commission Board and is an employment and training coordinator for the Nation’s Financial Assistance Office. Kidder also ran for Congressional office in the 2018 and 2014 elections.

After the candidate filing period ends, the ON Election Board will meet to consider certification of all candidates, pending background checks conducted by the ON Attorney General’s Office. In accordance with the Nation’s open meetings act, the Election Board meets as needed for regular or special meetings to consider election-related business in the ON Election Office at 608 Kihekah.

A special meeting of the ON Election Board meeting is scheduled Feb. 19 at 1 p.m.