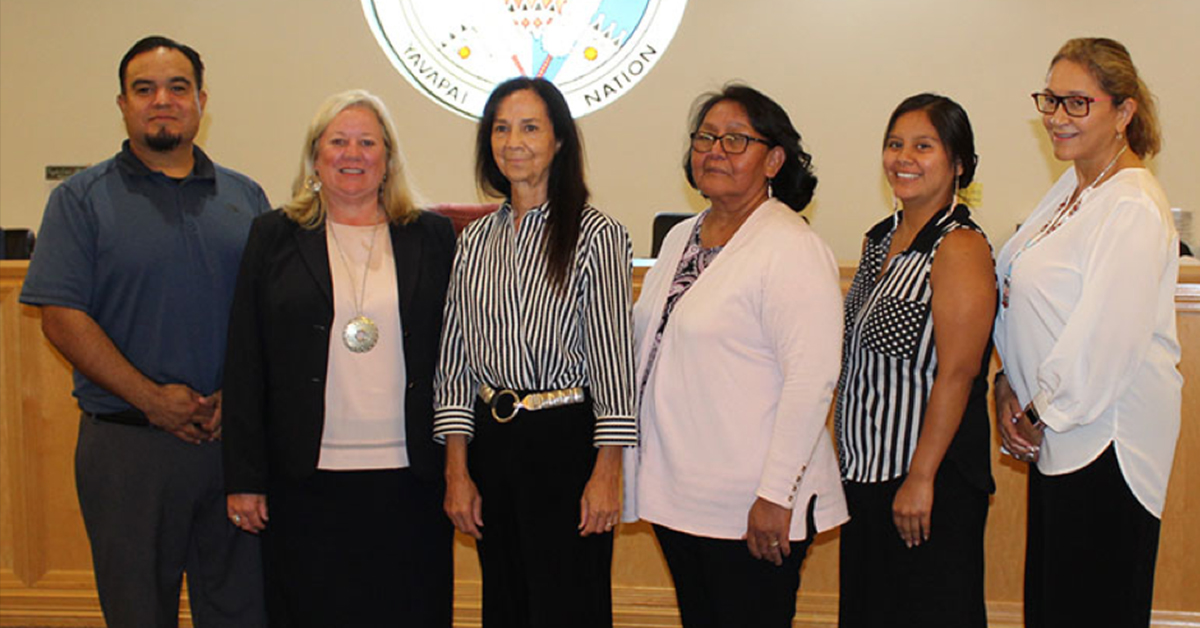 Allegations arise after report of Congresswoman’s tribal judgeship are published

The Congressional Rules and Ethics Committee will meet on Feb. 25 and Feb. 27 to discuss Congresswoman Shannon Edwards’ appointment as an appellate justice for the Arizona-based Yavapai-Apache Nation.

After the Osage News published an article in its February 2020 edition, written by the Yavapai-Apache Nation News about the swearing-in of Edwards as their new appellate justice, allegations began to arise on social media that she disqualified herself to serve as a member of the Osage Nation Congress by taking the judgeship. The News obtained the article about her swearing-in after Edwards sent a copy of it to the Osage News’ Editorial Board on Jan. 24.

Under Article VI of the Osage constitution, under Section 5 under Disqualifications, it states “… No member of the Osage Nation Congress shall hold any other tribal office under another Indian nation during his/her term of office …”

ON Attorney General Clint Patterson responded to a request for comment about the allegations.

“It’s not for me to say whether she conclusively violated her Constitutional oath of office. I know she took an oath, I know the oath says to uphold and defend the Constitution, I know the Constitution says no member of the Osage Nation Congress shall hold any other tribal office under another Indian nation during his or her term of office, and I know she accepted an office with another Indian tribe,” he wrote in a Feb. 21 email. “But I also know the Constitution says the removal of Osage Nation Officers shall originate in the Osage Nation Congress – not with the Attorney General. I’m sure other members of Congress are aware of this situation and, by the same oath in question, they are charged with making that determination as to any violation.”

The News also asked Patterson if Edwards had made mention of her Yavapai-Apache judgeship with his office prior to taking it? He said no, he learned about it when he read the article in the Osage News.

Edwards responded to a request for comment via email on Feb. 21 and said she sent a letter to the ON Speaker of the Congress that shows she has asked to be removed from the Yavapai-Apache Appeals panel and is no longer acting in that capacity.

“I did no substantive work and received no compensation. I was chosen based on my qualifications and unique ability to strengthen Indian Country judicial systems. If that service was in conflict with the Osage Nation’s constitution, was is not clear, it was unintentional. That information should be part of any article that has a deadline today,” she wrote in the email. “My commitment to public serve [sic] remains, even as social media misinformation and bias makes people reluctant to lend their talents in that arena. I have legislation slated for the Hun-kah Session which demonstrates my dedication to the Osage People. I hope that effort receives the reporting it deserves.”

Edwards has been a member of Congress since its formation in 2006.

Principal Chief Geoffrey Standing Bear submitted four questions to the AG on Feb. 21 requesting an opinion on a “Congress Member Disqualification for Holding Other Tribal Office Under Another Indian Nation During his/her Term of Office and Related Issues.”

The four questions are:

-       If it is determined that the Member of the Osage Congress did in fact, at any time, hold another tribal office under another Indian nation during his/her term of office, does the Osage Constitution, Article VI, Section 5 make that violator automatically disqualified or is there a necessity of a Removal proceeding?

-       If it is determined that a Member of the Osage Congress is disqualified under Article VI, Section 5 of the Osage Constitution, should the Treasurer withhold salary and other financial compensation and benefits from the offending Member of Congress?

Live broadcasts will be streamed on the Osage Nation’s website of the Congressional Rules and Ethics Committee meeting on Feb. 25 at 8:30 a.m. CST and Feb. 27 at 10 a.m., visit https://www.osagenation-nsn.gov/multimedia/live-media.