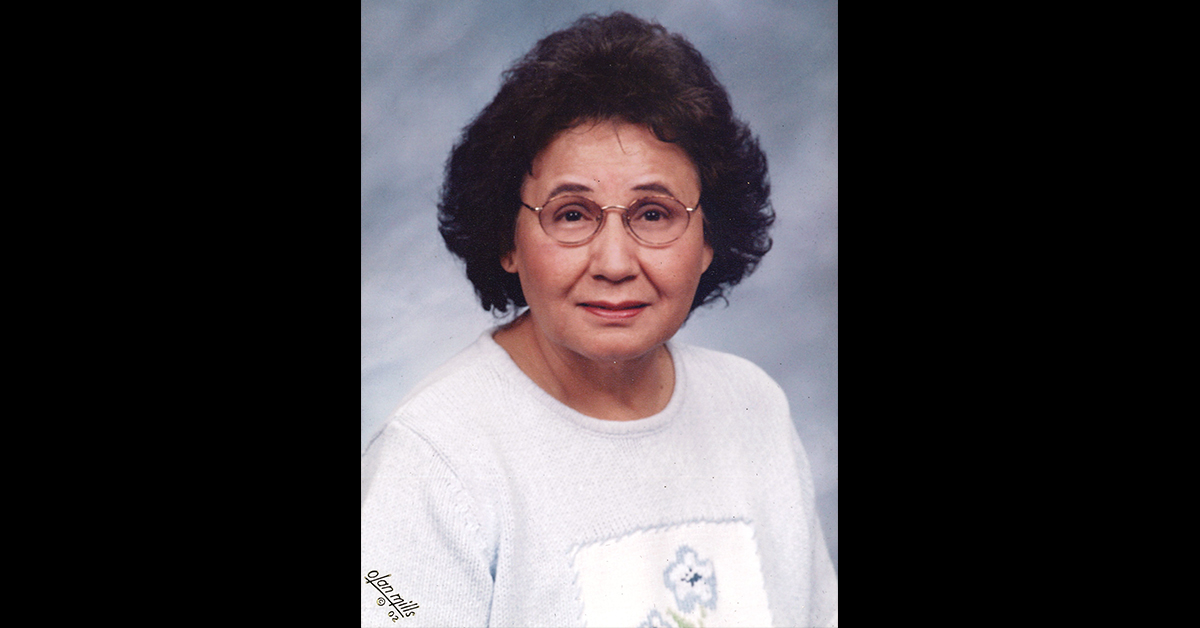 Evelyn Mattie Neely went to be with The Lord on January 7, 2020, surrounded by family. Evelyn was born on September 19, 1934, in Hominy, OK. Her parents were Reuben and Louise Mashunkashey. Evie was 10 years old when her father was killed in Normandy in the US military. Her father received The Purple Heart.

She met Jim Neely from Cleveland, OK. She flew to the Territory of Alaska in 1955. They were married on the military base on Mother’s Day, May 8, 1955. They were there until he was discharged, and they returned to Oklahoma. They raised three children, Scott, Dawn, and Lisa. While raising three children, Evelyn was active in many events including PTA, Home Room Mother, Director of Cheerleading, and active member at Eastwood Baptist Church. This included singing in the choir, teaching young girls in Sunday School, working with her husband in Training Union on Sunday nights, helping with VBS, and Women’s Missions.

While being a full-time mother, and full-time wife of 64 years, she was busy taking all her children to their different events. Included in some of these events were scorekeeping for her children’s activities and cheering them on at their games and such.

It was thirty-two years ago Evelyn had an operation which included six successful bypasses. During the past 14 months, Evelyn has had a great number of other health problems which ultimately cost her life. It was a very difficult 14 months, and she fought a good fight. She will truly be missed by her family and friends.

Preceded in death by her father when he was 27, her mother when she was 44, her sister, Rosemary Jones, and son-in-law, Steven Mantich.

Evelyn is survived by her husband Jim, son Scott Neely and wife Lisa, daughters Dawn Pracht and husband Thad, and Lisa Mantich, 8 grandchildren, 16 great-grandchildren, along with numerous nieces, and nephews. Services were held on January 9, 2020, at Eastwood Baptist Church. www.floralhaven.com