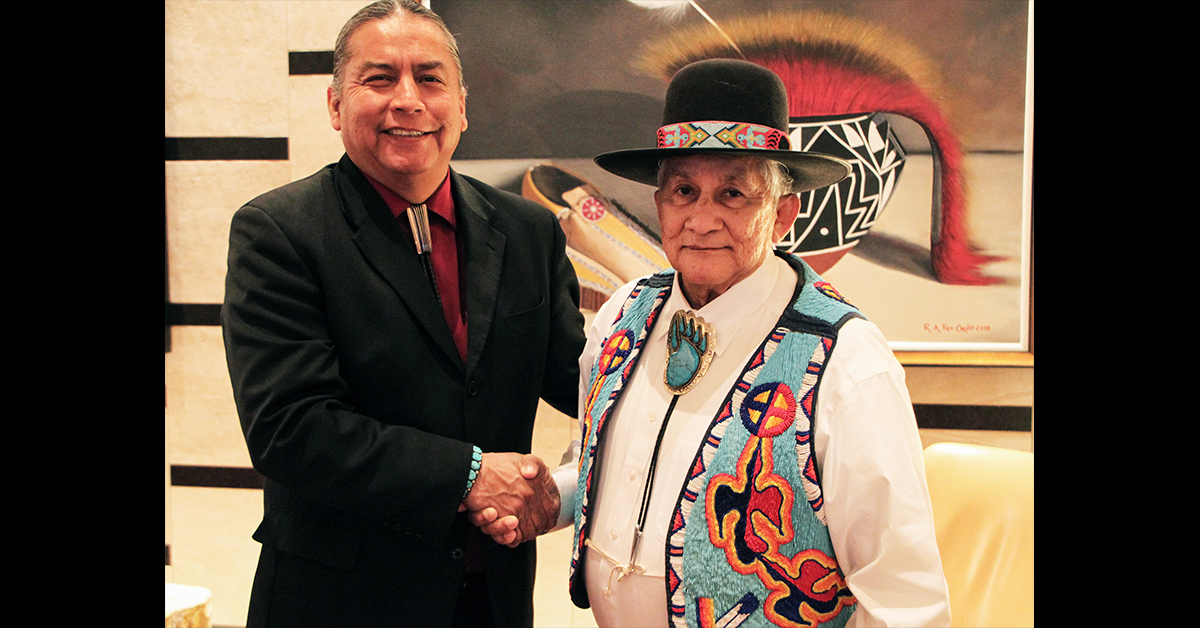 Former Osage Nation Congressman and current Gaming Enterprise Board Chairman Mark Simms will receive an Honorary Doctorate of Humane Letters from Bacone College at its commencement ceremony on May 2.

Simms, Osage, Cherokee and Creek, has done well for himself in the pest control business, operating a successful company for many years. In addition to his success in business, he serves on many boards and commissions throughout the state and Indian Country.

According to a Bacone College press release, Simms served as a member of the President’s Business Commission during the administration of George W. Bush from 2001 to 2009. In 2003, he was selected as Businessman of the Year from Oklahoma by the Business Advisory Council. He has also served on the Oklahoma Pest Control Association, Bartlesville Chamber of Commerce, National Federation of Independent Businesses, American Indian Chamber of Commerce and the Pawhuska Chamber of Commerce.

“His lifetime contributions to health, education, and culture, his military service, and his community leadership are some of the reasons we want to honor Mr. Simms,” said Bacone College President Dr. Ferlin Clark in the release. “His strength in overcoming challenges he faced in childhood, his resilience and his ability to make outstanding contributions in all his leadership roles are impressive.”

Simms said Bacone College is a place Simms remembers well from his childhood as a resident of the Murrow Indian Children’s Home, which remains located on the Bacone College campus in Muskogee, Oklahoma, according to the release.

“When I was a kid at Murrow Indian Children’s Home, Bacone would have us come up and we’d pick up trash and sticks, clean up around the place for the maintenance man to mow,” he said. “When I left, I certainly never thought I’d ever be able to come back to receive an honorary doctorate. That’s why I’m honored.”

A second honorary doctorate will also be given to Phil “Joe Fish” Dupoint.

The Bacone College Commencement will begin at 9 a.m. Saturday, May 2 on the campus located at 2299 Old Bacone Road, Muskogee.