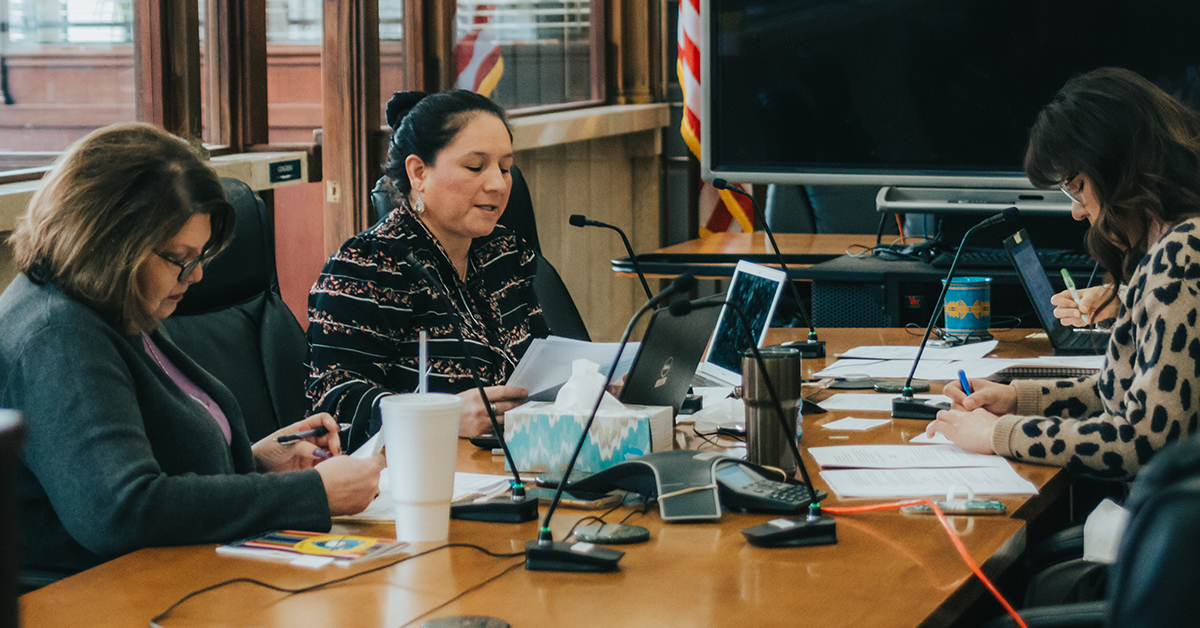 The Congressional Rules and Ethics Committee met again on Feb. 27, this time to clean up some language.

On Feb. 25, the committee made a historic motion that would begin the removal process for Congresswoman Shannon Edwards, who has served on the Osage Nation Congress since 2006. However, the way the motion was worded left out a mandated action – due process. According to the Osage Nation Constitution, a trial must be afforded to the accused. The committee’s original motion made on Feb. 25 called for the Congress to wave the rules of procedure for removal and move straight to a vote on a motion for removal.

After the Osage News published an article in its February 2020 edition about the swearing-in of Edwards as the Yavapai-Apache’s new appellate justice, allegations began to arise on social media that she disqualified herself to serve as a member of the Congress by taking the judgeship. The News obtained the article about her swearing-in after Edwards sent a copy to the Osage News’ Editorial Board on Jan. 24.

“On Tuesday, I mentioned that I wish we could wait a couple of days and get our rules, paperwork together and stuff and now after two days we’ve decided we need to make an amendment to that resolution to afford due process,” Stabler said.

“I move to amend the recommendation of this committee to state: the Rules, Ethics and Engrossment committee recommends the Osage Nation Congress initiate the removal of Congresswoman Edwards from office for disqualification under the constitution.”

If the Congress votes to have a special session with the purpose of removing Edwards, the Osage Nation Supreme Court will appoint a justice to preside over the trial.

Edwards filed her candidacy for the 2020 Osage Nation General Election on Feb. 28.