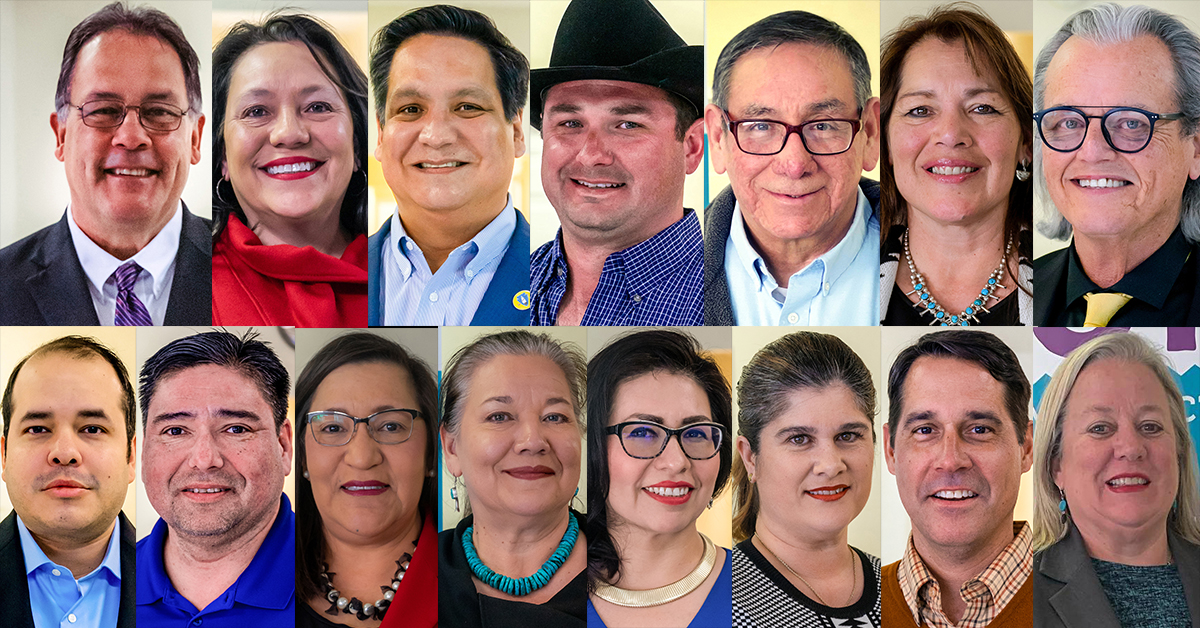 A total of 15 Osages are running for the Seventh Osage Nation Congress in the June 1 general election – the same number of candidates who ran for legislative office in the 2018 election.

Those candidates who filed by the March 2 deadline will be subject to background checks and the ON Election Office will meet March 9 to consider certifying the candidates whose names will appear on the ballot. Eligible Congressional candidates are tribally enrolled Osages who are at least 25 years old on election day and who do not have felony convictions, according to the 2006 Osage Constitution.

On Feb. 5 – the first day of the filing period – four Osages filed their candidacy and paid the $300 filing fee at the Election Office in Pawhuska.

Incumbent Joe Tillman, currently the Congressional Speaker, filed first and is seeking a second four-year term on the 12-member Congress.

Michael Bristow is the third candidate to file for office. Bristow is a current ON Health Authority Board member and previously ran for Congress in 2016.

Colt Herren became the fourth Osage to file for office. Herren is a City of Tulsa firefighter who ran for Congressional office in 2018.

On Feb. 6, incumbent John Maker filed for candidacy. Maker, a former ON Language Department teacher, is seeking his third Congressional term in office.

On Feb. 7, Melissa Dailey filed for candidacy. Dailey, who has lived in the Houston area, has organized Texas Osage Association-Houston gatherings in recent years.

On Feb. 11, Jim Trumbly filed and was the seventh candidate to do so. Trumbly is a seasoned college professor who has also worked as a project manager for the Nation’s Bird Creek Farm. This is Trumbly’s first run at seeking Congressional office.

The next day, Billy Keene filed and became the eighth candidate. Keene has worked for the Nation as an accounting worker, compliance specialist and previously served on the Nation’s Utility Authority Board. This is Keene’s first run at seeking Congressional office.

On Feb. 14, Michael Kidder filed and was the ninth candidate. Kidder previously served on the ON Gaming Commission Board and is an employment and training coordinator for the ON Financial Assistance Office. Kidder also ran in the 2014 and 2018 Congressional elections.

On Feb. 27, Pam Shaw filed for candidacy, making her the 10th candidate. Shaw has worked in tribal gaming for several years in a variety of posts including marketing and general manager. This is Shaw’s first time seeking Osage Congressional office.

Incumbent Maria Whitehorn became the 11th candidate to file for candidacy. Whitehorn is seeking a third Congressional term after winning her first term in 2012 and re-election in 2016. She also ran for principal chief in 2018.

Mary Jo Pratt filed for candidacy and was the 12th candidate. Pratt works in tribal business development with experience in project management and as a financial analyst. This is Pratt’s second time seeking Osage office after running for Congress in 2018.

Amanda Proctor filed for candidacy on Feb. 28 as the 13th candidate. An attorney who works in Osage and surrounding counties, Proctor has previously run for Assistant Principal Chief in 2010 and Congressional office in the election years after.

Later that day, incumbent RJ Walker filed as the 14th candidate. A former ON Roads Department director, Walker is seeking his third Congressional term after winning the 2012 and 2016 elections.

Incumbent Shannon Edwards filed as the 15th and final candidate also on Feb. 28. Edwards, an Edmond attorney, is seeking her fourth Congressional term after winning a seat on the First ON Congress and re-election in 2012 and 2016.

The next ON Election Board meeting is scheduled March 9 at 1 p.m. to consider certifying the Congressional candidates.

In this year’s election, there will be at least one new Congress member elected with one incumbent who did not file for candidacy seeking another term. Congressman Archie Mason, who has served three terms since winning election on the First ON Congress in 2006, told the Osage News he intended to retire from public office when his term ends.

Editor’s Note: Editor Shannon Shaw Duty will not be involved in coverage related to candidate Pam Shaw, who is her aunt by marriage.