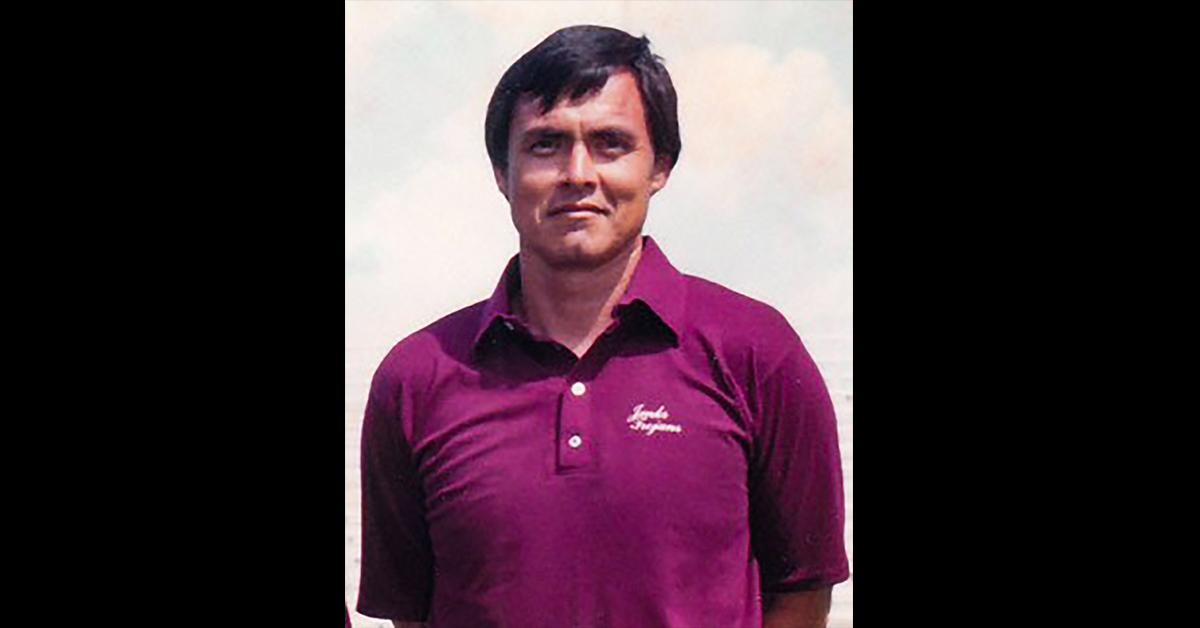 Harry Roy Red Eagle, 76, of Hominy, Oklahoma passed away on February 20, 2020, at his residence surrounded by his family.

Harry Roy grew up on his grandmother’s original Osage allotment south and west of Hominy with his two sisters, Anita and Janet. The site is located near Black Dog’s Camp on Black Dog Creek. He grew up on a farm and ranch where his grandfather, Harry Red Eagle Sr., raised prized horses.

He attended Hominy Public Schools where he excelled in both academics and sports. He won the English Writing Award when he was a senior. His favorite activities were baseball, softball and basketball – but the game of football had his heart. He was named to the OSSAA All-State football team, and a Prep All-American in the New York publication “Sporting News.”

Harry received his Bachelor’s and Master’s degrees in Business Education. His first teaching and coaching job was on the Navajo Reservation at Fort Wingate, New Mexico. In 1966, he was hired as a teacher and coached in Skiatook, Okla. He taught general business and soon after was hired as the principal of the Junior High and asked to coach the high school football team. One of his favorite memories at Skiatook was winning the State Football Championship in 1974. That season he was named Oklahoma’s High School Football Coach of the Year.

His next favorite memory was coaching his “under 8” soccer team at Skiatook. Those young men had the opportunity to play in the finals at Old Skelly Stadium and won the Green Country Championship trophy. He was also privileged to coach the Jenks Trojans football team with his friend and former Chief of the Muscogee (Creek) Nation, Perry Beaver, where they won a state championship in 1982.

Harry received many accolades during his career in education, including the Rennard Strickland Education Leadership Award by the Greater Tulsa Area Indian Affairs Commission in 2017. He was also actively involved in the National Rural Education Association, Organization of Rural Oklahoma Schools, and Cooperative Council for Oklahoma School Administration.

Harry also loved growing up Osage and dancing in the Inlonshka and was on the Zon-Zo-Li dance committee. He was also elected to the 31st Osage Tribal Council and served his people.

He and his first-grade classmate and best friend, Pauline, were married on Sept. 24, 1960, and have been married for 59 years. They resided at the same place where he grew up, southwest of Hominy, at the old Red Eagle place.

Visitation for Harry was held at the Red Eagle residence in Hominy. Indian Services were held Feb. 24 at the Red Eagle residence with Eddy Red Eagle Jr. officiating. Funeral services were held Feb. 24 at the First Christian Church in Hominy with John Red Eagle officiating. Musical selections were “The Lord’s Prayer” and “Precious Memories” by the Neighbors Quartet. Burial followed the services at the A.J. Powell Memorial Cemetery in Hominy.

In lieu of flowers, memorial donations may be given to Michael J. Fox Foundation, P.O. Box 5014, Hagerstown, MD. 21741. https://www.michaeljfox.org/