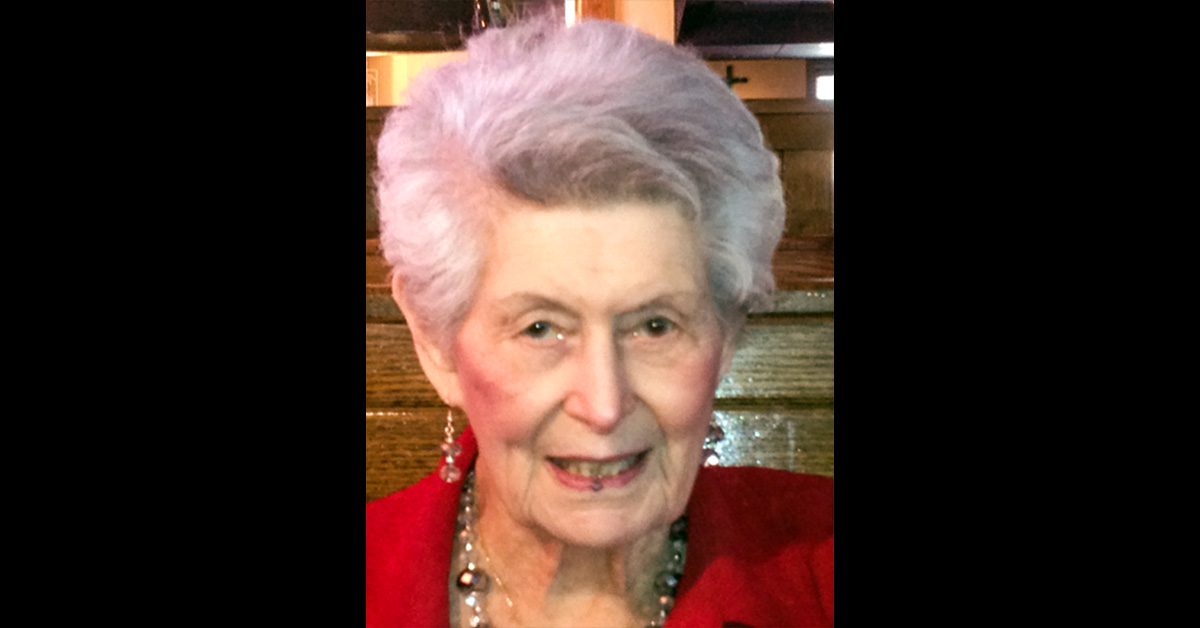 Sarah Jane Tinker Soderstrom, age 100 passed peacefully on March 9, 2020, at her home in Houston, TX. Sarah Jane was a beauty with a sharp wit and loving, generous nature that stayed with her into her senior years.

She was born February 29, 1920, a member of the Osage Indian tribe, the daughter of Alex and Na Dine Tinker on their family farm in Ralston, OK. Sarah Jane grew up among four brothers: Nick, Ed, Jack, and Bill. Her family had deep roots in Osage County and the tribe, but they feared to remain there in the early 1920s when many Osages were murdered for their inheritance, a dark period often referred to as “the Osage Murders.” The family moved to Colorado for their safety, but that didn’t stop Sarah Jane from giving her family a scare by falling into a creek at age 5. She was rescued by a bystander. That man came to visit her the next day, and asked to keep a souvenir of the adventure, her “little red shoe.”

She was married in 1942 to Joe Soderstrom, with whom she had two children, Patricia and Joe Jr. She lost her son Joe Jr. to leukemia in 1981 at age 36. Her husband Joe suffered a stroke in 1984, and she cared for him until his death in 1999.  She is survived by her daughter Patricia Soderstrom of Houston, her grandsons Mark and Michael Stevens, and numerous nieces and nephews.

Her leap year birthday was celebrated by her extended family throughout her life. In her 80th year, her family celebrated her “20th” birthday with a 3-day celebration including a family barbecue, a party in Pawhuska with 150 guests, and a family bus tour of Tinker Air Force Base, which was named for her uncle, Major General Clarence Tinker of World War II fame.

Sarah Jane was a remarkable woman and was deeply loved by her family and friends. She was also involved in her community. She was widely known as a great cook and once prepared dinner for the noted Osage author John Joseph Matthews. Her family was honored in 1957 at the Muskogee State Fair as “Farm Family of the Year.” She was the first president of the Osage County Cowbelles Association, which began during her husband’s term as the Osage County Cattlemen’s Association President. Her hobbies included gardening, sewing, painting, quilting, 4-H supporter, golfing, and playing cards, at which she excelled. She always maintained an active social life, especially at the bridge table.

A memorial service will be held in Pawhuska, OK, in late June. Kendrick McCartney Johnson Funeral Home will be in charge.