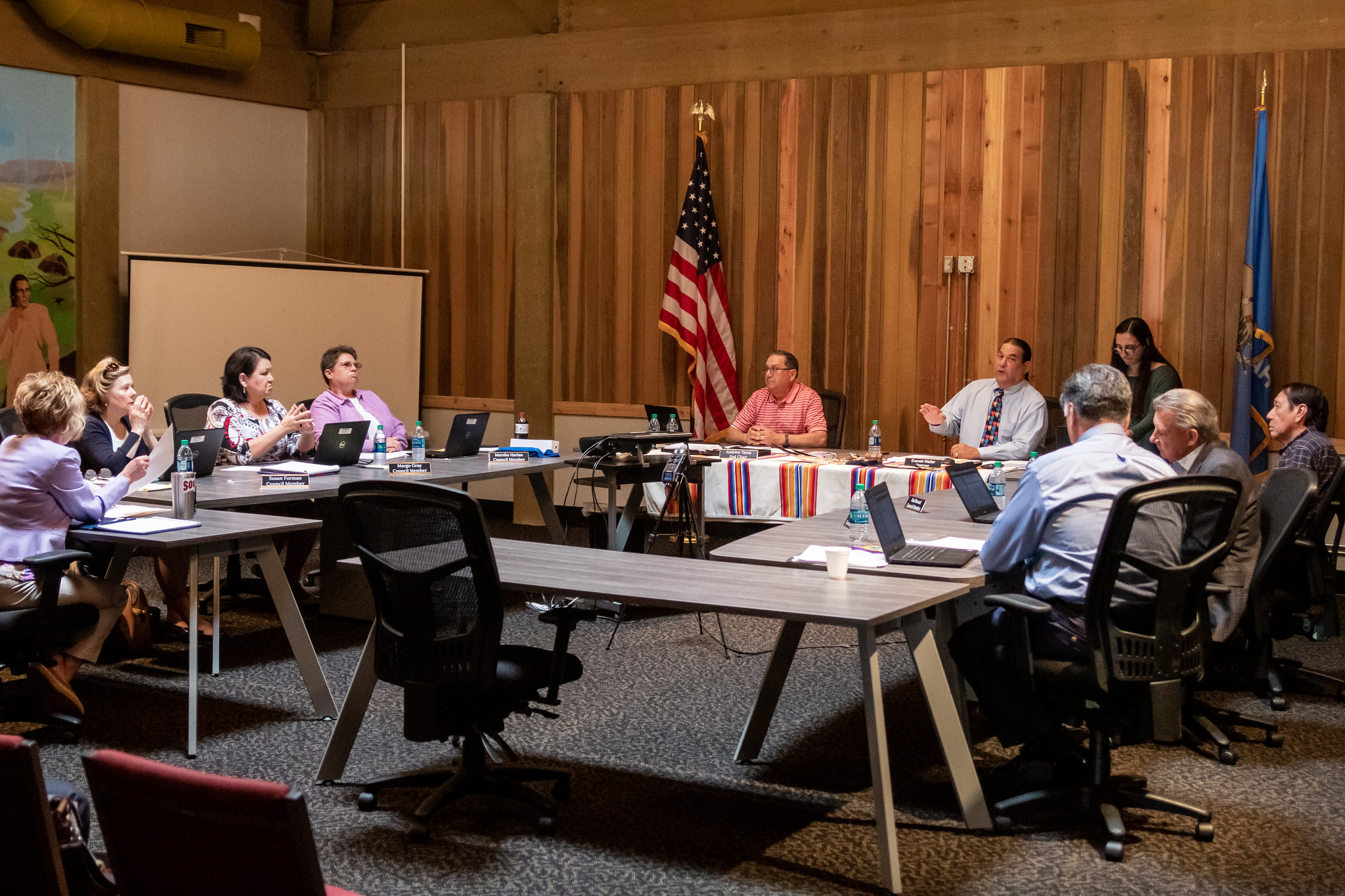 With oil prices bottoming out nationwide in part due to the spread of the novel coronavirus, the Osage Minerals Council has declared a state of emergency for the mineral estate.

Chairman Everett Waller issued the announcement March 16. Under the terms of the declaration, council offices will be closed to the public for 30 days and a stay has been enacted on all non-essential spending. The council’s March 18 regular meeting has been canceled and all previously scheduled business postponed until April 3 at the earliest.

After 30 days, the council will reassess after consultation with local public health officials. As of March 16, there are not any COVID-19 cases in Osage County. However, both Kay and Tulsa counties do have at least one case each. Furthermore, the Centers for Disease Control and Prevention are discouraging gatherings of more than 50 people or in spaces where people will be in close contact.

Although the offices will be closed to the public, full council and committee meetings will continue to be live-streamed through the Osage Nation’s website and YouTube.

“It is the intent of the Osage Minerals Council to follow the protocols established by our Osage Nation leadership in protecting the public,” Waller wrote in the announcement. “In the meantime, the council will look to the federal government’s emergency provisions to determine what resources are available to our annuitants in this critical time.”

At the time of the announcement, the highest posted price for a barrel of oil was $25, down more than $3 from March 13 and $30 from a year ago.

Domestic oil prices dropped almost 25 percent on March 9 after Saudi Arabia announced its intent to increase production, despite international concerns that the COVID-19 pandemic could spark a global economic downturn. The federal government has announced its plans to buy crude for the nation’s strategic petroleum reserve to help cushion the blow, prompting a 5 percent uptick in prices.

At the close of business on March 16, the average pump price of regular unleaded gasoline was below $2 a gallon across more than half of Oklahoma, with some stations reporting prices as low as $1.23 per gallon.