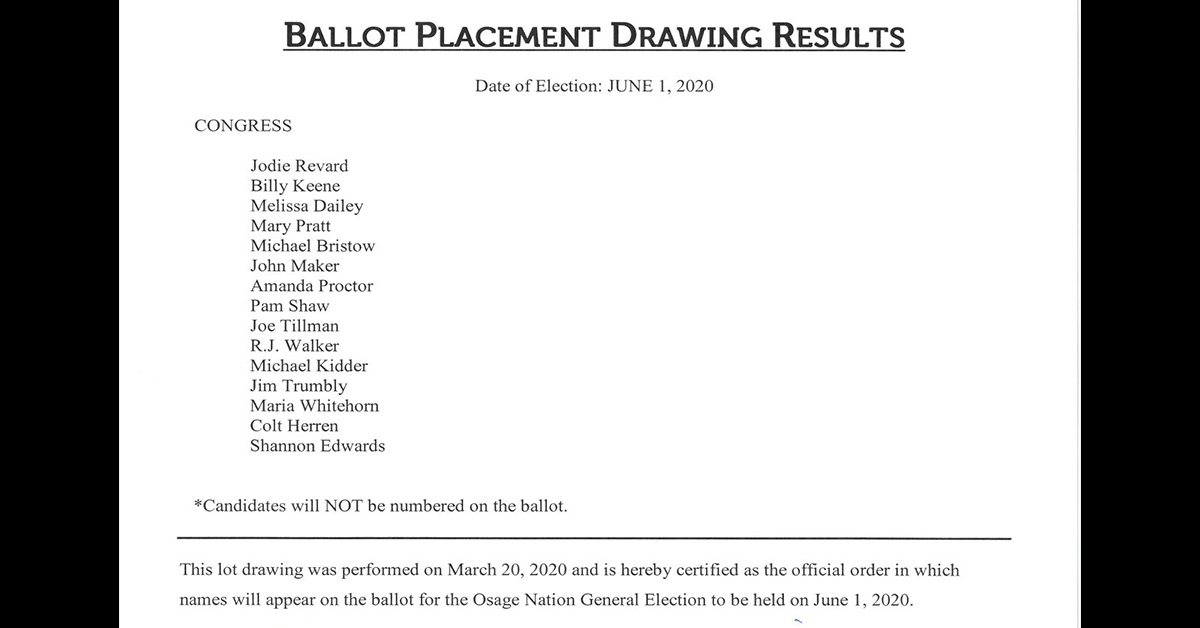 With the Coronavirus COVID-19 spread prompting ON offices to close to the public, the election staff conducted the drawing at their Pawhuska office, which was recorded and is available for YouTube viewing on the “Osage Elections” channel. The drawing is typically held with an in-person candidate workshop, which was also canceled and recorded with the video links emailed to all 15 candidates.

Election Supervisor Alexis Rencountre inserted folded pieces of paper containing the candidate names into a rotating clear plastic hopper and each name was drawn from the hopper door following several rotations to mix up the names. Election Board member Belle Wilson attended and witnessed the drawing in-person on the nearly seven-minute video.

The results of the drawing order are:

Rencountre said the candidates’ names will not contain numbers next to them on the ballot. The video concluded and the Election Office later posted the written ballot order results with signatures from Rencountre and Wilson.