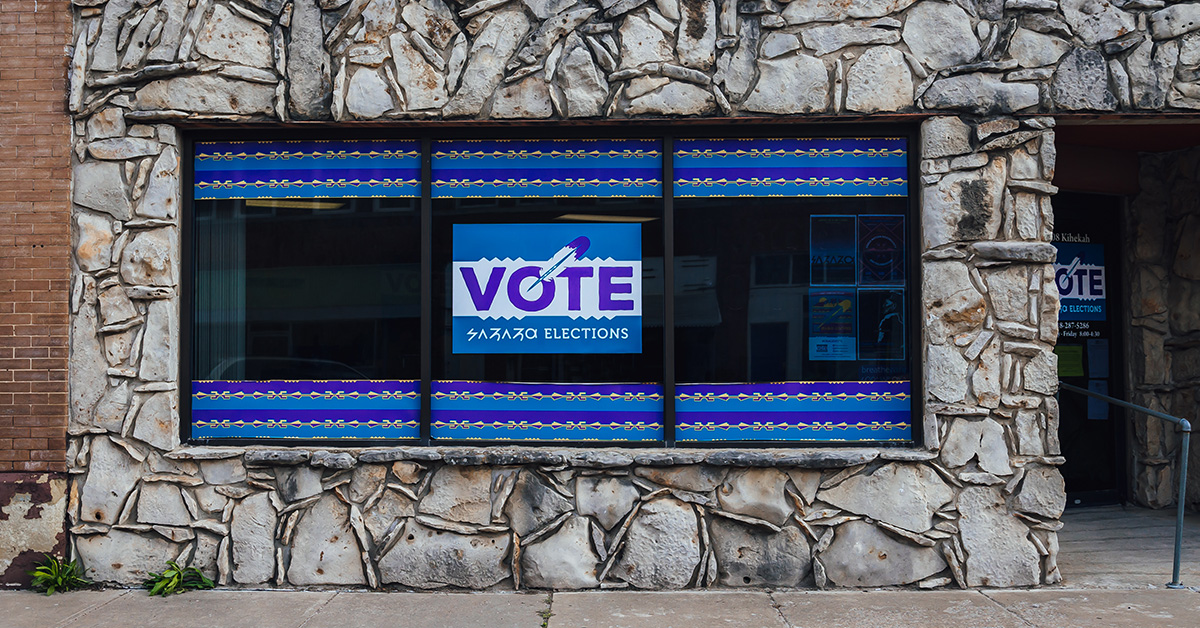 The Nation’s Wahzhazhe Election Board recently consulted with the ON Attorney General’s office on whether Election Day could be postponed. In a March 31 memo to Osage voters, the Election Board and staff announced the election is taking place as constitutionally mandated with recommended precautionary measures in place for in-person voting.

“In response to the current COVID-19 pandemic, the Wahzhazhe Election Board and staff explored postponing the June election,” the memo states. “In consulting with the Attorney General Clint Patterson, we discovered it is NOT possible. Principal Chief Geoffrey Standing Bear (also an attorney) agreed. Article XIII, Section 4 of the Constitution of the Osage Nation says, ‘General Elections shall be held on the first Monday in June commencing in 2006 and next in 2010 and every even numbered year thereafter.”

Similar questions about election postponement also arose in social media comment threads among Osages as news reports on the coronavirus spread and increasing positive patient cases continued throughout the 31-day month. During that time, the Nation closed its government offices to the public and all seven Osage Casino and hotel properties temporarily closed also as preventative measures to lessen the spread.

With the Nation’s elections specified in the Osage Constitution, the Election Board said: “The only way to override a Constitutional mandate is with a Constitutional amendment, which requires a vote of the citizens. With no recourse available, the vote must go on.”

The Nation is not the only government entity contemplating or scrambling to make changes for 2020 elections to take place. At the mainstream level, 11 states pushed their Super Tuesday elections to June 2 from March due to the coronavirus spread, according to USA Today.

At the tribal government level, the Michigan-based Grand Traverse Band of Ottawa and Chippewa Indians is holding its April 21 primary election entirely via absentee ballot due to coronavirus, according to an Interlochen Public Radio article. In the Grand Traverse Band primary and May 12 general election (subject to a two-week delay), the tribal members are voting on their respective tribal council and chairman seats.

At Osage, the Election Board and staff are also encouraging Osages to vote by absentee ballot, especially those who are elders or have health conditions. “At this time, we are urging all voters that are high risk or have concerns about the COVID-19 virus to request an absentee ballot,” the memo said.

Absentee ballot request forms can be downloaded from the ON Election Office voter forms website at: https://www.osagenation-nsn.gov/what-we-do/elections/voter-information

The Election Office can be reached toll-free at (877) 560-5286 for questions and to receive an emailed copy of the voter forms. Deadline for absentee ballot requests to be sent to the Election Office is April 17.

For in-person voting on Election Day, the Election Board and staff say precautionary measures will be in place at the ON Civic Center in Pawhuska where the polling place will be located. The election officials met with Dr. Ron Shaw, Wah-Zha-Zhi Health Center CEO and Chief Medical Officer, on developing preventative measures for voters and the following will be in place at the polling place:

- Masks and gloves will be available for election staff and voters.

- Voters will remain in their vehicle until directed to enter the polling place.

- Voting booths will be for a single voter rather than situated with a voter on each side.

- Any necessary lines will be formed outside with social distancing enforced.

- Hand sanitizer will be available for election staff and voters.

The election memo concludes: “Please know the safety of our voters and workers are our first concern and we are taking all precautions at our disposal. We are also charged by (Osage) law to maximize voter participation. With that, we appreciate your cooperation and consideration during these unprecedented times. Our will as a people has been tested over time and our history says we will overcome.”