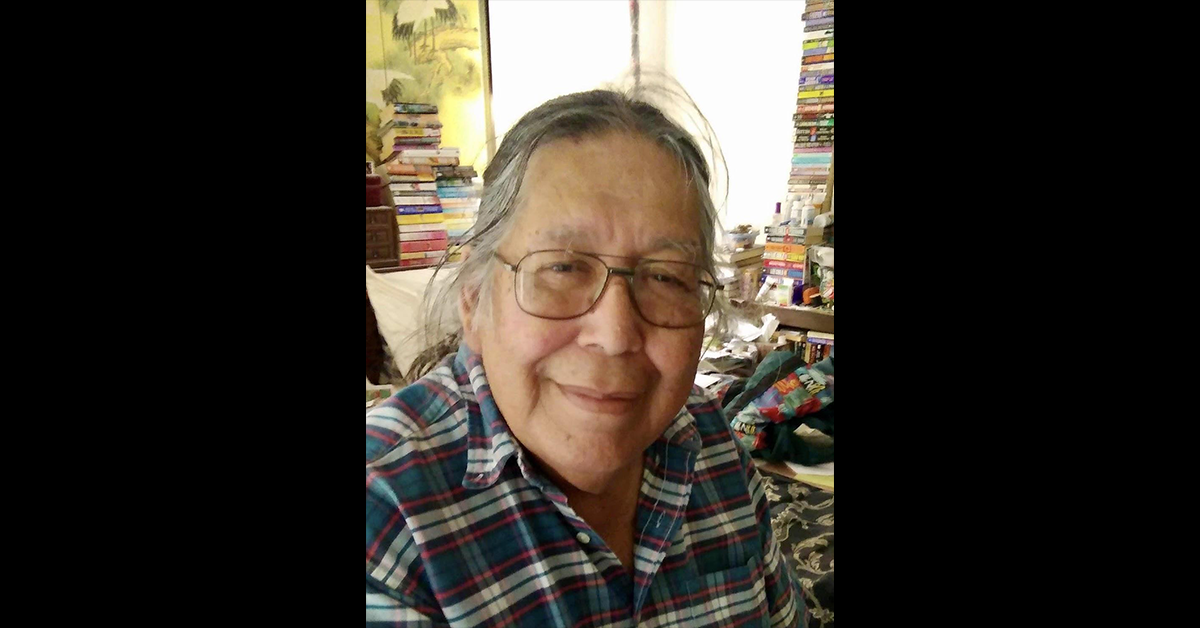 Timothy Mark Tallchief, formerly of Wichita, Kansas, also known as “Wichita” Tim, and “Indian” Tim, passed away unexpectedly at his home In Fairfax, Oklahoma, April 3, 2020, at the age of 75 years.

After the passing of his mother, Tim was raised to adulthood by his mother’s oldest sister and her husband, Doris and Benny Womack, whom he loved and cherished. Tim was three-fourths Osage. His Osage name was Wah-kon-dah No-pah. He was introduced into the In-Lon-Ska in the Gray Horse arbor at an early age. He rarely missed the dances. Years ago, he lost his left leg due to complications from diabetes. Tim did not let the loss slow him down. As a sign of courage and determination, he put on his dance clothes and resumed dancing as soon as he was able. Despite his disability, his dancing improved as time went on. Tim faithfully served on several Gray Horse Dance Committees.

He was an adventurer and a dealer in antiques, jewelry and all things desirable. He traveled far and wide in search of collectibles, buying and selling at swap meets and antique shows, making life-long friends.

Tim is survived by a sister, Andrea Ann Tallchief; nephews Talons Goode and Tonkah Goode of Fairfax; brother-in-law Max Merhoff; a daughter, Marcella Tallchief; and nieces Jessica Merhoff and Faith Underwood, all of Wichita, Kansas. Tim is also survived by numerous maternal and paternal cousins, friends and swap meet and antique buddies from Kansas, Oklahoma, Texas, New Mexico and Lord knows where else.

Tim is missed and loved by all who knew him. It is with regret that we were not able to say good-bye.

A memorial service will be held at a time when we can all come together again.