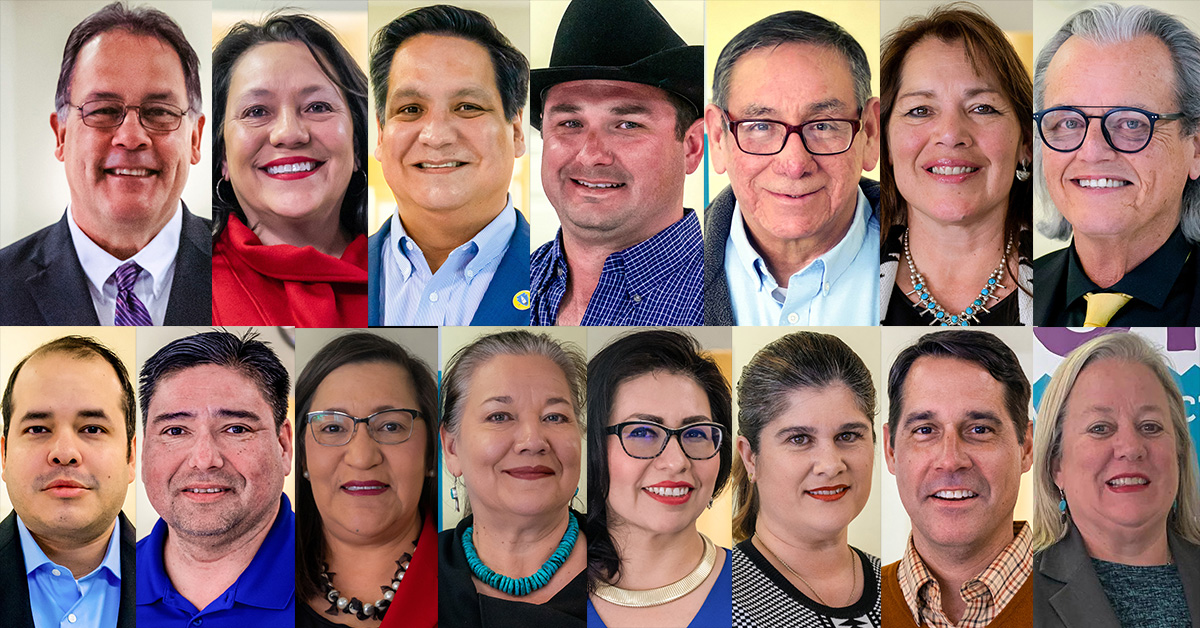 For the six candidates elected on June 1 to the 7th Osage Nation Congress, they will have the job of helping lead the Nation for the next four years.

Many have questioned over the years whether an Osage legislator’s work part-time or full-time. Members of Congress are required to attend two 24-day sessions each year and any special sessions called. They are not required to serve on congressional committees or attend committee meetings.

According to ONCA 14-39, the legislation that sets the salaries and benefits of elected officials, an Osage legislator makes an annual salary of $65,000, plus benefits, which includes single coverage health insurance at the rate paid by the Nation, or the cash equivalent at its total cost. In the case of Congress members, the FICA tax-equivalent paid into a matching retirement account in lieu of payments to the U.S. government. A $3,000 stipend is paid to the Speaker and Second Speaker, respectively.

In contrast, an Oklahoma legislator makes an annual salary of $47,500, according to The Oklahoman, with the House Speaker and Senate Pro Tem receiving a $17,932 stipend and other leadership receiving $12,364. Their salaries are determined by a Legislative Compensation Board, a non-elected board appointed by the governor, House Speaker and Senate Pro Tem.

Oklahoma legislators are not required to make their elected office their full-time job, and neither is the Osage Congress. However, Oklahoma legislators are required to submit financial disclosure statements to the Oklahoma Ethics Commission. This gives the public access to check whether an elected official has a conflict-of-interest by identifying officials' investments, employment, income and business ownership.

The Osage Nation does not have such a requirement. The Osage News asked all 15 congressional candidates to disclose their jobs, companies, or other financial interests. The News also ran their names through the Oklahoma Secretary of State database for business holdings, OK County Records for landholdings and the Oklahoma Supreme Court Network for any relevant court cases that could be a conflict of interest.

Bristow said if elected he will resign from his current job as a Geriatric Speech Language Pathologist (SLP) and serve on the Osage Congress full time. He will also resign from the Nation’s Health Authority Board, if elected.

Bristow does not have any business interests in Oklahoma, or relevant court cases within the past 10 years. He participated in the land buy-back program. He is not married.

Dailey said she would quit her current job in accounting and would make serving on the 7th Osage Nation Congress her full-time job.

Dailey does not have any business interests in Oklahoma, landholdings or any relevant court cases within the past 10 years. She is an Osage Minerals Estate shareholder. She is engaged to be married.

Edwards is currently serving her third term in office and if elected on June 1 would begin serving her fourth term. Edwards said in her candidate questionnaire that she owns two companies, one that is a home renovation company where she remodels historical homes and the other is a food truck service that sells Native American themed food. She has also maintained her law practice, Edwards Law Firm, in Edmond, Okla.

The News found two LLCs registered to Edwards. The first is named Suncreek Office TX, LLC, and the second is The Osage Company LLC, also known as Native Knowledge Harvest. According to GovTribe.com, Native Knowledge Harvest was founded in 2012 as a self-certified, small disadvantaged, for-profit business. It is Native American, and woman-owned and competes for federal contracts to perform tribal court assessments. Edwards has won four federal contracts since 2017, estimated at $1.5 million. Edwards has performed work in Nevada and California, where she owns a second home.

Her longtime partner, James Lambertus, is the creative director at First Mesa, LLC, which produces print and digital communications. Lambertus has also done work for the Osage Nation by producing a photo book titled “Osage Homecoming” and other works.

Edwards has multiple landholdings in Oklahoma, as well as multiple mineral deeds in Woodward, Osage, Bryan, Carter and Seminole counties. She also has mineral income with multiple oil and gas leases in Stephens and Carter counties in Oklahoma. She is also an Osage Minerals Estate shareholder.

Herren said due to his flexible fire department work schedule he will not be leaving the Tulsa Fire Department. He said most firefighters have two full-time jobs and he has worked two jobs most of his firefighting career.

“With my current position as a Tulsa Firefighter I work 24 hours then I am off 48 hours, which allows me to keep my current position and allow me to devote the much-needed time as a congressman for the Osage Nation,” he said. “With this schedule I plan to be in the office and or community a couple days a week. With vacation time and other leave benefits I will be able to make required meetings and of course legislative sessions.”

Herren owns multiple landholdings and lives on his family’s original allotment in Skiatook. His name did not produce any business services in a search. Herren’s wife Sara is the current Executive Director at the Skiatook Chamber of Commerce.

Keene said he will quit his current job in the Osage Nation Compliance Department to work full-time as an Osage Nation congressman.

Keene does not have any business interests in Oklahoma, landholdings or any relevant court cases within the past 10 years. He is not married.

Kidder said if he is elected he will resign his position with the Osage Nation Financial Assistance Office to work full-time as an Osage Nation congressman.

“If elected I do plan on making it my full-time job. I will be putting full effort into helping the Osage People, in the end that is what this position is about,” he said.

Kidder does not have any business interests in Oklahoma or any relevant court cases within the past 10 years. Kidder has sold land within the past five years and is an Osage Minerals Estate shareholder. He is not married.

If elected this will be Maker’s third term in Congress. He said he does not hold a second job or have other business holdings.

Maker does not have any relevant court cases within the past 10 years. Maker participated in the land buy-back program and is an Osage Minerals Estate shareholder. He is not married.

Pratt said if elected she will resign from her current position at Cherokee Nation Businesses to fully immerse herself as a Congress member. Pratt does not have any business interests in Oklahoma, landholdings or any relevant court cases within the past 10 years. She is not married.

“I typically believe career politicians are dangerous, but we are living in extraordinary times. We have sustained significant revenue loss and this crisis has undermined this year’s budget as well as next years,” she said. “At this point, I believe we are experiencing ‘all hands on deck’ and a serious call to action. As such, YES, the Osage Nation has my full attention.”

“I do not intend to quit my job,” she said. “I believe that because my office is immediately adjacent to the Congress office – and because I will be here every day for work if for no other purpose – I will be more accessible to the government and its constituents.”

An OK County Records search turned up a warrant for unpaid Oklahoma Business Activity Tax for $1,796.37 issued on Oct. 15, 2019. Proctor said it was an oversight that was immediately paid. She also owns a second home in the Hominy Indian Village. She is not married.

Revard said if elected she plans on resigning her position as deputy director of operations in the executive branch.

“Yes, I intend to fulfill and carry out the responsibilities of a congressperson. If elected, I will respect the congressional salary by attending committee meetings, regular, and special sessions,” she said. “I will also work when not required by law, rule, or regulation however; I will not be available during the dances.”

Revard does not own any businesses in Oklahoma but does have multiple landholdings and leases/rents property. She has also sold property within the past 10 years. She is also an Osage Minerals Estate shareholder. Her longtime partner, Guy Ray Pocowatchit, works in the oil and gas industry.

Shaw said if she is elected to the 7th Osage Nation Congress she will not pursue any other contracts or positions in the field of gaming.

“If elected, I will devote all my efforts and time to fulfilling the duties and Oath of Office,” she said. “I plan to make the elected position my full-time job.”

Shaw does not own any business interest in Oklahoma but does have land in Osage County. She is married to John Shaw, who is the general manager of the Bartlesville Osage Casino.

Tillman does not currently have a second income. However, he said in his first two years serving as a congressman he was the head football coach for Pawhuska High School. He resigned as the football coach and in his third and fourth years on Congress he’s been elected as Second Speaker, and then Speaker and he’s been to the office “pretty much every day.”

“I, like many others, have investments that serve me and my family well, however, right now my portfolio is taking a beating, much like the majority of people who invest,” he said. “I just recently resigned from a three-year term as chairman of the Immaculate Conception Catholic Church finance committee here in Pawhuska.”

Tillman is married to Cindy Tillman, who is the Chief Operations Officer at Cohesive Healthcare. Together they own multiple properties, land and had a clothing business in Pawhuska within the past 10 years.

Trumbly said he is currently retired and does some small consulting, which he plans to stop if elected to the 7th Osage Nation Congress. He also teaches a few courses for Pawnee Nation College and Bacone College.

“Being a Congressperson for the Osage People would be my full-time job,” he said. “I would not hold any other job.”

“It hasn’t paid off, and I’ve been making payments on a payment plan I’ve negotiated with the IRS. So, what happened was my accountant misclassified some expenses and caused me to owe this money and so we negotiated a repayment plan with the IRS and now I’m paying it back,” Trumbly said. “2016 is what triggered it and then they went back to 2014.”

According to a business search on the Oklahoma Secretary of State website, Trumbly owns the Tah-Wa-He Corporation, which is a business consulting firm. Trumbly is not married.

Walker, if elected on June 1, will begin his third term as a member of Congress. Aside from serving as a congressman, Walker works for numerous pipeline inspection service companies over the past eight years, he said.

“When I get a job offer that doesn't result in a conflict with Congress, I normally take it. The supplemental income is needed. I have four children including three teenage daughters. When Congress is in session, I'm in my seat,” he said.

He said he doesn’t own his own company but he operates a small cow/calf operation on family land for the last three years. He also serves on the Osage County Industrial Authority Board and coaches youth sports.

“I've served on a dozen or more boards, councils, committees, etc. over the last 15-20 years and have cut back in recent years. I stay pretty busy,” he said.

Whitehorn, if elected on June 1, will begin her third term as a member of the 7th Osage Nation Congress. She said her full-time job is being a member of Congress.

She is married to Randy Powell and together they own Thunder Ammo & Arms, a custom ammunition manufacturer located in Hominy. She also owns a small cow/ calf operation that utilizes her family’s allotted lands.

According to OK County Records, Whitehorn and her husband own multiple properties and lands in and around Hominy, as well as homes.