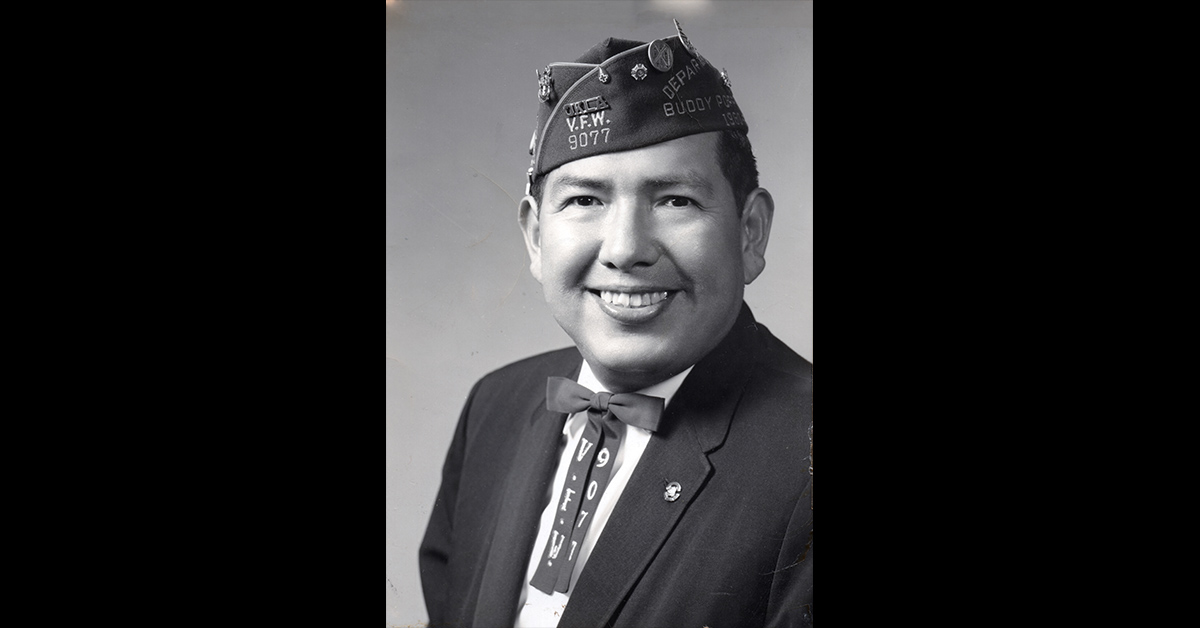 Lookout was born on Dec. 29, 1922 on the Lookout Farm in Pawhuska. His parents were Charles Lookout Sr. and Sadie Miller Lookout. His Osage name was Che-topa (Four Lodges). He graduated from Chilocco High School in 1941.

After graduation, he enlisted in the U.S. Navy at the age of 19 and traveled to San Diego, California for basic training. He served in the Navy from 1942-1946 as a Machinist Mate Third Class on the night fighter carrier the USS Saratoga CV-3 in the Pacific theater.

The Saratoga supported the Battle of Iwo Jima and was struck by three Japanese kamikaze planes and five aerial bombs on February 21, 1945, according to John Fry’s book, “USS Saratoga CV-3.” The Saratoga suffered extensive damage and 123 men lost their lives aboard the ship and 192 were wounded. Seventy aircraft were destroyed, and the Japanese returned to attack, but the ship did not sink.

According to a 2015 Osage News Elders Series article, Lookout said he was most proud of the fact he was honorably discharged from the Navy at the age of 23. He said he wanted to be remembered for serving his country, his state, his county and his Osage people. He said all his success in education, and everything else stemmed back to 1945.

Upon completion of his service in the Navy, Charles attended college at Oklahoma State University on the GI Bill. He graduated from the University of Oklahoma in 1967 with a master’s degree in Library Science. Lookout worked at the Tulsa City-County Library for 20 years and retired in 1986.

He enjoyed attending the Osage Inlonshka dances and was a member of the Wa-Xa-Ko-Li’n committee. Every year in June you could find him attending the dances and visiting with relatives there. In the fall, he liked to attend veteran dances and events, according to his obituary.

Funeral Services will be held at 11 a.m., May 11, 2020, at the Pawhuska City Cemetery with Ira Lookout officiating.