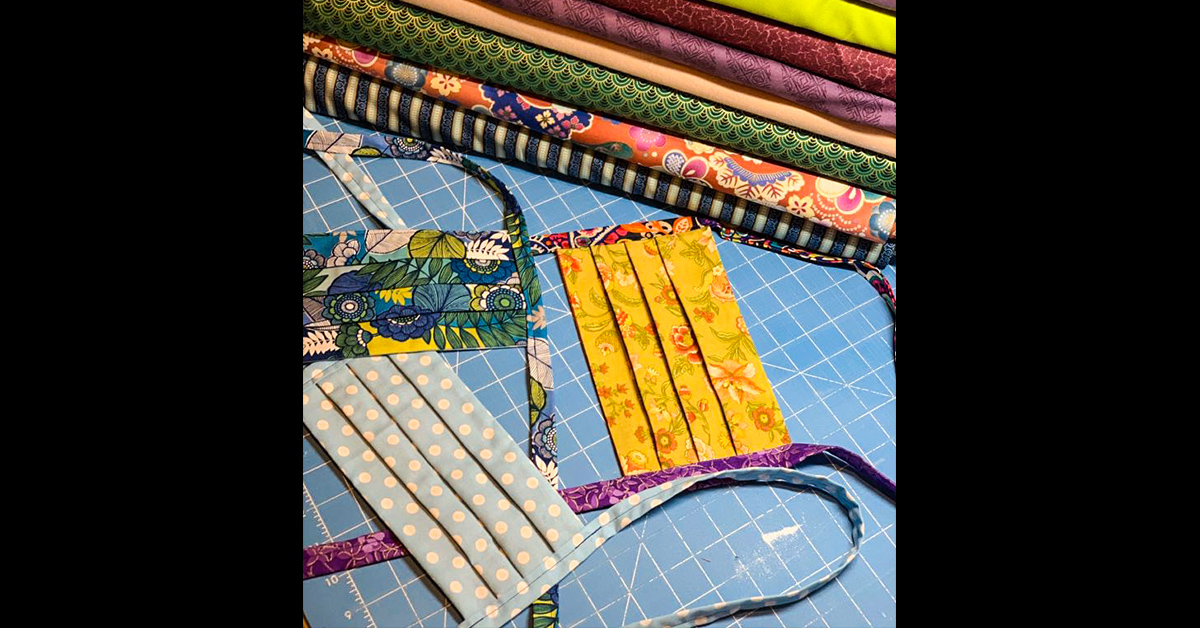 In-person voters on Election Day will exercise their right to vote, and they will do so in style.

Addie Roanhorse, Dana Daylight, Robynn Rulo and Janet Emde, out of concern for the safety of voters, are sewing 1,300 face masks by Election Day, June 1.

“I think this task is important for our people,” Roanhorse said. “The election is important, but the safety of our people takes priority.”

In order to meet their quota before June 1, the team is sewing a minimum of 29 masks per day, Monday through Friday.

“The first batch of supplies and material came from the Wahzhazhe Cultural Center,” Roanhorse said. “Addie Hudgins gave us the material that would have been used for their shirt-making class, which of course got canceled due to the closing of Osage Nation offices.”

Wahzhazhe Cultural Center Director Addie Hudgins said the WCC spent $800 for materials as well as donating everything they had to make the masks.

Roanhorse, Daylight, Rulo and Emde are all experienced seamstresses of Osage traditional clothing. All four women sew ribbonwork and other items used for traditional dress for both men and women.

The polling place for the 2020 Osage Nation General Election is the Osage Nation Civic Center, located at 1449 W. Main in Pawhuska. The poll opens at 8 a.m. and closes at 8 p.m. Voters must be 18 years of age or older on Election Day and have been issued an Osage Nation Membership Card on or after Oct. 9, 2002, which bears the signature of a Principal Chief of the Osage Nation. Voters must also present a government-issued photo ID.