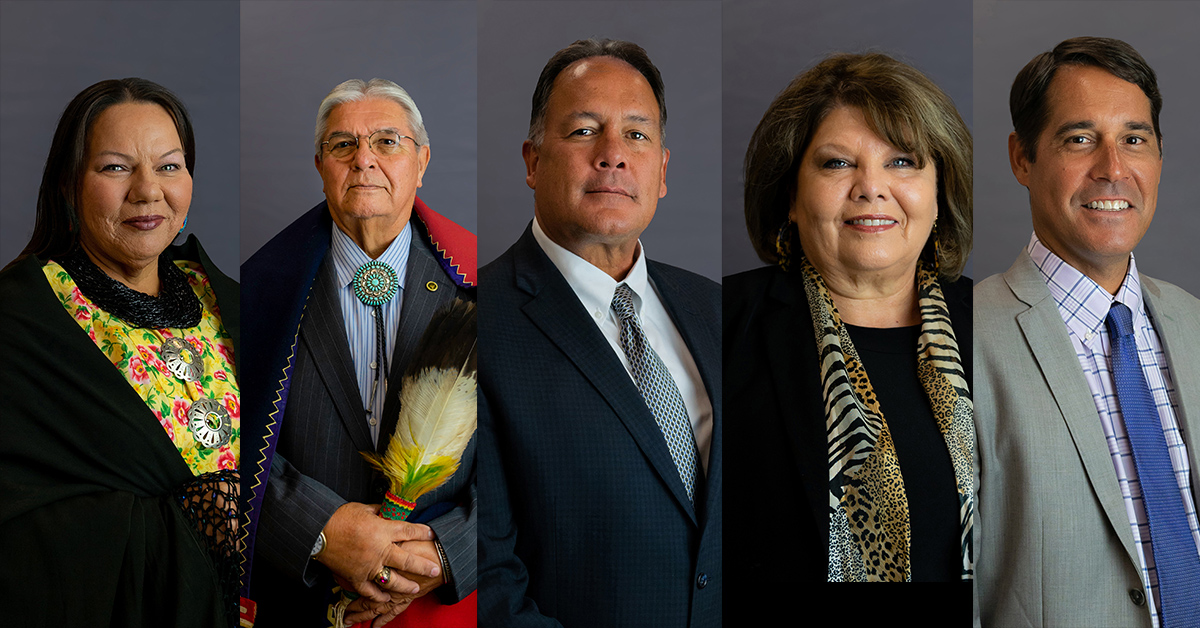 The Congressional Select Committee of Inquiry has issued its report to the 6th Osage Nation Congress, recommending a removal trial for Congresswoman Shannon Edwards.

“... there exists a sufficient evidentiary basis that a Motion for Removal of Congresswoman Shannon Edwards is warranted under the Osage Nation Constitution ...,” according to the report. “... on grounds she is disqualified under Article VI, § 5 of the Osage Constitution, for having held ‘any other tribal office under another Indian nation during his/her term of office.’”

The committee’s May 14 report and the accompanying 334-page appendix was compiled by the committee’s legal counsel Barrow & Grimm, P.C. The report details the investigation and focuses on the Constitution, Osage News articles and a paid advertisement by Edwards, her emails to Congress members, the Yavapai-Apache Constitution and tribal laws, and interviews.

The controversy began in January after Edwards sent a press release to the Osage News Editorial Board about her appointment as an associate appellate justice for the Yavapai-Apache. Along with the release was a photo of Edwards with Yavapai-Apache officials shortly after taking an oath of office. After the News published the report, community members made allegations that Edwards had violated the Osage Constitution by accepting the position.

“The Congressional Select Committee of Inquiry report contains many falsehoods. For example, it misidentifies public proceedings and inaccurately attributes other members’ statements to me. The so-called evidence consists mostly of inadmissible hearsay. The recommendation ignores longstanding precedent set by Congress when it knowingly allowed both the current Chief and former Assistant Principal Chief to hold appointed positions to other Indian Nations while serving as Osage Nation officials,” Edwards wrote in an email on May 18. “The entire process points to a predetermined political outcome by an illegally constituted Committee. Rather than conduct hearings and gather documents themselves, the Committee apparently delegated their responsibilities to outside attorneys. These attorneys state they were constrained by deadlines that were arbitrary and coincide with the upcoming election. Nobody did a thorough investigation, and the Committee concocted a rule to keep others from witnessing these shortcomings. The unwarranted cost and the damage to our government institutions is inexcusable in my opinion.”

Principal Chief Geoffrey Standing Bear, who is an attorney, and his general counsel Terry Mason Moore both had similar issues arise that were both later resolved.

At the time of her appointment and confirmation, Mason Moore held office as a Supreme Court Justice for the Pawnee; Supreme Court Justice for the Santee Sioux Nation of Nebraska; and Judge Pro Tem for the Shakopee Mdewakanton Sioux Community in Minnesota. At the time, Congresswoman Edwards was serving as the chair of the congressional Rules and Ethics Committee and was in charge of vetting Mason Moore.

On April 3, 2014, Day 4 of the Hun-Kah Session, Edwards presented the issue of Mason Moore’s possible constitutional violation because she held office for other tribal nations. The members of Congress debated the issue for over an hour, according to the recording of the meeting. The members of Congress said they knew it was a violation for Congress members to hold office for other tribal nations, but they did not know if it was a violation for the assistant principal chief to do so.

The result was Mason Moore was instructed by Edwards to take a sabbatical from her service to the other tribal nations to avoid possible violations of the Constitution if she continued to serve in those judgeships, according to Mason Moore.

At the written request of 2/3 members of the Congress, a special session has been called for June 2, the day after the general election. The sole item of business is to consider the “Motion for Removal of Congresswoman Shannon Edwards.” The vote will determine whether Congress will conduct a removal trial or not.

The session begins at 10 a.m. The members of Congress who signed the proclamation are BigHorse, Alice Goodfox, Brandy Lemon, John Maker, Archie Mason, Angela Pratt, Paula Stabler, Joe Tillman and RJ Walker. The three members who did not sign the proclamation are Edwards, Eli Potts and Maria Whitehorn.

Whitehorn offered a statement as to why she did not sign the proclamation for the 8th Special Session:

“Election Day is June 1, a day when the Osage People will use their voice to make the decision of who will serve as their Congress Members by their vote. The Preamble of the Constitution states: ‘This Constitution, created by Osage People, hereby grants to every Osage citizen a vote ...’ I choose to defer to the Osage People’s decision in this matter because in my oath I said, ‘the powers of the office flow from the Osage People and Wah-Kon-Tah,’” she wrote in a May 15 email. “Their vote authorizes my actions and the People are so near to a vote I want to hear from them. I strongly believe the body of Congress should yield to the voice of the People and let them be heard on June 1. My position would be the same for any elected official concerning removal this close to Election Day.”

Whitehorn was appointed to serve on the Select Committee of Inquiry that recommended a removal trial for John Red Eagle on July 12, 2013. Red Eagle was removed in late January of 2014, approximately a month-and-a-half before the March primary election of that year of which he had filed his candidacy for re-election and was disqualified as a result of his removal.

Potts offered his statement as to why he did not sign the proclamation for the 8th Special Session:

"On June 2nd, Congress should be focused on how to better serve the Osage People in these uncertain times. Instead, a few members of Congress have been able to push the removal agenda on an issue that will resolve itself on election day. That’s unfortunate.

“Long standing Congressional rules have protected ALL elected officials from expedited removal- those rules have now been largely ignored. Additionally, rules that have been invalidated by the Supreme Court were utilized to tell a story to the Osage people in preparation for the coming election. Meanwhile an alleged criminal action committed by another incumbent Member of Congress also standing for re-election has been reported to the Congress. To date, the report to Congress has failed to be reviewed by the Congressional Rules and Ethics Committee and has somehow managed to stay hidden from the public.

“There seems to be an infatuation with removal proceedings. The damage caused to our government when political agendas are allowed to rule in place of established Congressional Rules, the guidance of the Supreme Court, and our Osage Constitution cannot be understated.

“The Osage People are fortunate enough to have an established government that conducts free elections. I encourage all Osages to exercise their right to vote in the election this June.”

The alleged criminal action Potts is referring to is an Incident/Offense Report filed with the Pawhuska Police Department on Feb. 28 on Walker for Burglary/Larceny/Theft – From Motor Vehicle. According to the report, the incident happened at Walker’s residence in Pawhuska. There were no charges filed and the reporting officer deactivated the report after follow up, according to the report.

The News asked Walker what happened, he said friends of his teenage daughters’ toilet-papered his home and he caught the kids in the act. He said he saw a truck parked around the street and approached the truck where he spoke to the young woman driving, who he knew because he is an acquaintance with her father. There were several kids in the car he knew, and he asked them to go clean up the “mess.” He said all but the driver got out and took off running and three of them left their cell phones in the backseat, which he took as collateral.

“Within an hour all three teenagers had their phones after talking with me,” he said. “The issue was resolved after talking to their parents, including the father of the driver. The officer deactivated the charge, which is listed in the report.”

The Osage News is writing a separate article on Edwards petition. Check back to osagenews.org for further coverage.

[This article was updated on May 18, 2020, to reflect that the language about whether the assistant principal chief can hold office with other tribal nations comes from the election code and not the Constitution.]