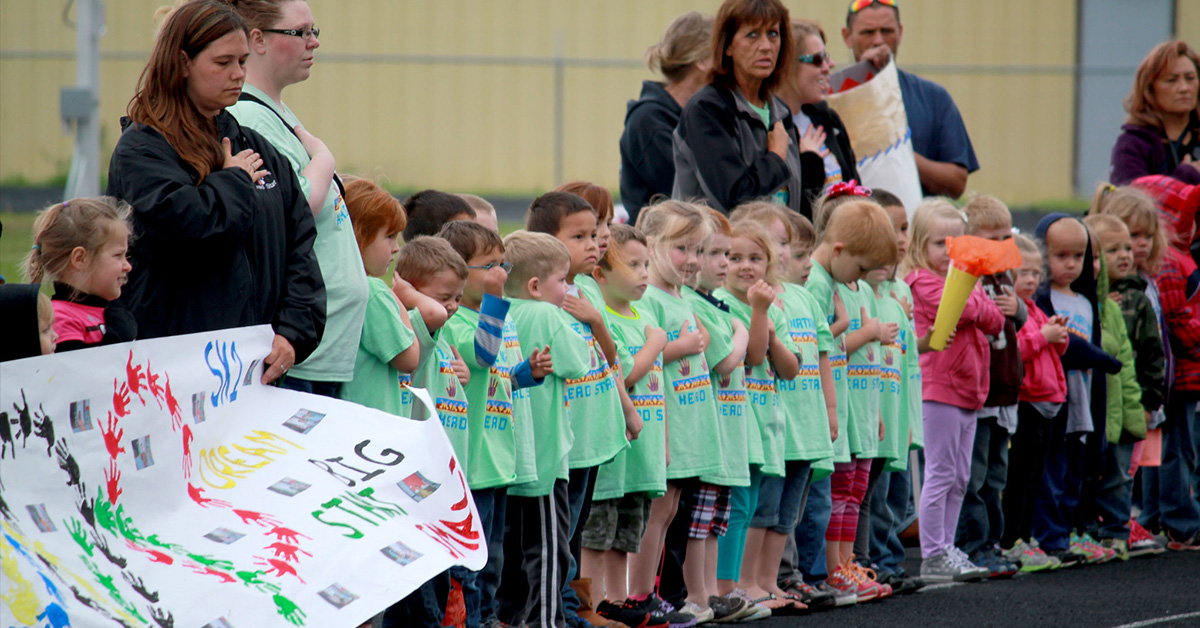 After 41 years, parents in Osage County will no longer have the choice of enrolling their child in an Osage Nation Head Start.

After the Osage Casinos closed for two months due to the COVID-19 virus pandemic, the budget forecast for the Nation is grim, said Principal Chief Geoffrey Standing Bear. In an effort to scale back costs his administration has chosen to cut the Head Start program, among others, and invest in the Wahzhazhe Early Learning Academies and Daposka Ahnkodapi, the Nation’s school.

“We have already informed the National Head Start that we are not going to renew the program, but we will work to transition all the non-Osage students and staff and teachers to another Head Start in our towns if they choose to pick them up,” Standing Bear said. “Because, as you know, there is another Head Start in Pawhuska, another one in Skiatook, and Hominy. Fairfax does not have one.

“We have found in our research of the Head Start students, that only 25 percent are Osage.”

Director of Operations Casey Johnson said 25 percent of the Head Start students are Osage, 28 percent are Native American (non-Osage) and 47 percent are non-Indian.

The current Head Start building in Pawhuska will be renovated and used for Daposka Ahnkodapi, which currently serves Osage students ages pre-K through 3rd grade, according to the Nation’s website. The Head Start building in Skiatook will house the new WELA, which serves children ages six weeks to 4 years that meet Osage preference and Native American preference, according to the WELA handbook.

The Nation’s hiring practice is based on the Osage Preference Law and policies, which give hiring preference to Osage tribal members first, their spouses and parents of Osage children. Individuals working for the Nation’s Head Starts that did not meet that preference will be let go at the end of the month, Johnson said.

He said the individuals will receive 45 days of health insurance after their last day on June 26. They are paying their PTO with CARES Act money and he will sit down with each employee to weigh options. He said the human resources department is helping individuals as much as possible, including help with their resumes.

According to Standing Bear, the Nation could face a possible $16 million deficit in the upcoming 2021 fiscal year.

Johnson said he was reaching out to directors of tribally funded departments and asking them for names of those employees who don’t qualify as Osage preference because the Nation is going to eliminate those positions. Currently, Johnson said 52 positions will be cut by September.

“That’s over 10 percent of our workforce,” Standing Bear said. “We have the same amount of employees as we did six years ago. The size of our government has not grown. We serve more people with less. We have done market surveys and pay our employees in a merit-driven market. People need to understand how hard our under 500 employees work.

“We don’t give them enough credit, in my view.”

Denise Keene has worked at the Osage Nation Head Start since 1979. Currently the director, she has won numerous awards for her work over the years including National Head Start Education Coordinator of the Year in 1994. She’s monitored programs for at least 10 different tribes, went to their reservations and enjoyed serving the community’s children across generations.

However, she wasn’t completely surprised this was the direction the Nation was headed, but she hoped it wouldn’t happen. She hopes to keep working for the Nation in some capacity if offered.

“I believe Head Start has been the greatest pre-school program in the Osage Nation and county since 1979. Head Start has the foundation of quality educational standards for pre-school children and superior support for comprehensive services; such as health, disabilities, family/community engagement, for families with young children,” she said in a June 9 email.

Her proudest moments have always been the first weeks of school and the moment when a child realizes the school is for them. They begin to love their teachers, cooks and the support staff. She said the kids always loved the bus rides, field trips, playing and learning together. She’ll miss the Head Start graduations and the families.

“I am very proud of my staff who work very hard to provide care and love for the children. They have sacrificed time from their families to attend college, trainings, and events all for Head Start children,” she said.

She said to be a teacher is a calling and she always told her staff that they were blessed to be teaching God’s newest creation. She started as a Head Start teacher, she was an Education Coordinator for five years, and this July, she would have celebrated 25 years as the director.

“My heart feels sad, but Head Start must have run its course. It has brought tons of memories that the children may not remember, but it’s been a great experience and loads of fun. I looked forward every day coming to work to see the kids,” she said. “The time has flown by. A saying I had embroidered on our broadcloth banner at work says, ‘So these days were to be remembered and celebrated throughout every generation, every family.’ I hope Osage Nation Head Start has made a difference for families for the better.”