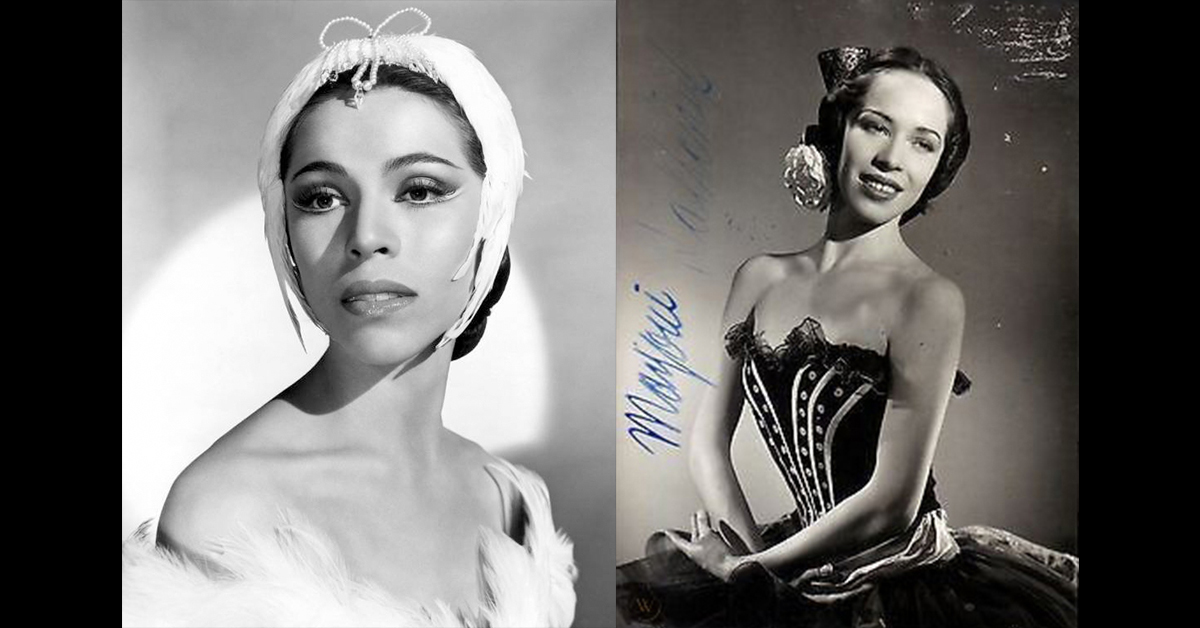 Photo caption: Maria (left) and Marjorie Tallchief, Osage ballerinas considered to be two of the best female dancers of the twentieth century, will be honored with two scholarships in their names by the OU School of Dance. Courtesy Photos

The University of Oklahoma School of Dance may have postponed its inaugural Five Moons Dance Festival to 2021 due to COVID-19 virus concerns, but they replaced it with some exciting news for prospective students.

On June 21, Director for the OU School of Dance Michael Bearden emailed Principal Chief Geoffrey Standing Bear and told him the school will offer two new scholarships this fall in honor of Osage ballerinas Maria and Marjorie Tallchief at $40,000 each.

“We are happy to honor the amazing accomplishments of Maria Tallchief and Marjorie Tallchief in this way,” he said. “Our hope is that others will join us to provide a lasting legacy and support future generations of dancers.”

Maria Tallchief is considered America’s first prima ballerina. She starred in George Balanchine’s “Firebird,” which catapulted her career in 1949. She was the first Sugar Plum Fairy in Balanchine’s 1952 original production of “The Nutcracker.” She also starred in “Orpheus” and “Scotch Symphony,” among many others. She was the first American to dance at Moscow’s Bolshoi Theater and the first American to dance with the Paris Opera Ballet.

She later served as artistic director for the Lyric Opera Ballet in Chicago and later founded the Chicago City Ballet, of which she was also the artistic director. She has been inducted into the National Women’s Hall of Fame, she has received a National Medal of Arts, and in 1996 she was one of five recipients of a Kennedy Center Honor for lifetime achievement for her contribution to American culture, where legendary ballet dancer Mikhail Baryshnikov paid tribute to her. She died in 2013 at the age of 88. She was posthumously inducted into the National Native American Hall of Fame in 2018.

She later served as director for multiple ballet academies in Texas, Illinois and Florida. She is known for her classical and contemporary dance roles, which earned her recognition as one of the most versatile ballet dancers of the 20th century. She was inducted into the Oklahoma Hall of Fame, she is featured in a mural at the Oklahoma Capitol in the Great Rotunda, and in 1992, OU presented her with the distinguished service award. Marjorie currently resides in Boca Raton, Florida.

Both Maria and Marjorie spent their young life growing up in Fairfax, as the daughters of Alex Tall Chief (Osage) and Ruth (Porter) Tall Chief (non-Osage). Fairfax is located just five miles west of the Grayhorse Indian Village. Their family later moved to Los Angeles where they continued their ballet education and began their careers.