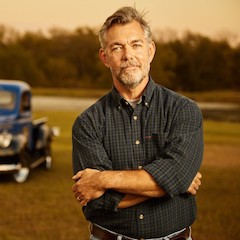 A Tulsa-based marketing and advertising professional is joining the Osage Limited Liability Company Board after his appointment by Osage Nation Principal Chief Geoffrey Standing Bear.

Danny Sadler (Osage) is joining the three-member LLC Board and took his oath as an interim board member with the ON Judicial Branch in May. Sadler will be subject to Congressional confirmation to serve a three-year term when the Seventh ON Congress meets for its 24-day Tzi-Zho Session in September.

In a May 17 letter to Standing Bear expressing interest in joining the board, Sadler said the board service is “an opportunity to give back to the tribe.” Sadler noted he has been in contact with LLC Board members Frank Freeman and Rick Perrier, adding: “I feel that my marketing background compliments their areas of expertise.”

Sadler’s appointment fills a vacancy after Kay Bills left the LLC Board earlier this spring. Sadler said he has 42 years of marketing and advertising experience and recently retired as a founder/ partner and creative director of AcrobatAnt Advertising in Tulsa.

While at AcrobatAnt, Sadler served as a management team member for the 22-employee company. He also served as a creative lead for a team of art directors, designers, writers and web designers, according to his resume. Sadler worked with AcrobatAnt clients including Saint Francis Health System, Mazzio’s Pizza and the BOK Center.

Sadler also was a co-founder and creative director for Fireant in Tulsa (clients included Community Health Systems, which comprised 80-plus hospitals in the southeastern United States) and he was an art director for The Richards Group in Dallas with company clients that included Dr. Pepper, TGIFriday’s, USA Today and Campbell Foods.

According to Osage law, board members of Nation-owned LLC boards shall have substantial business, financial or industry experience in addition to requirements of being at least 25 years old and having no felony convictions.