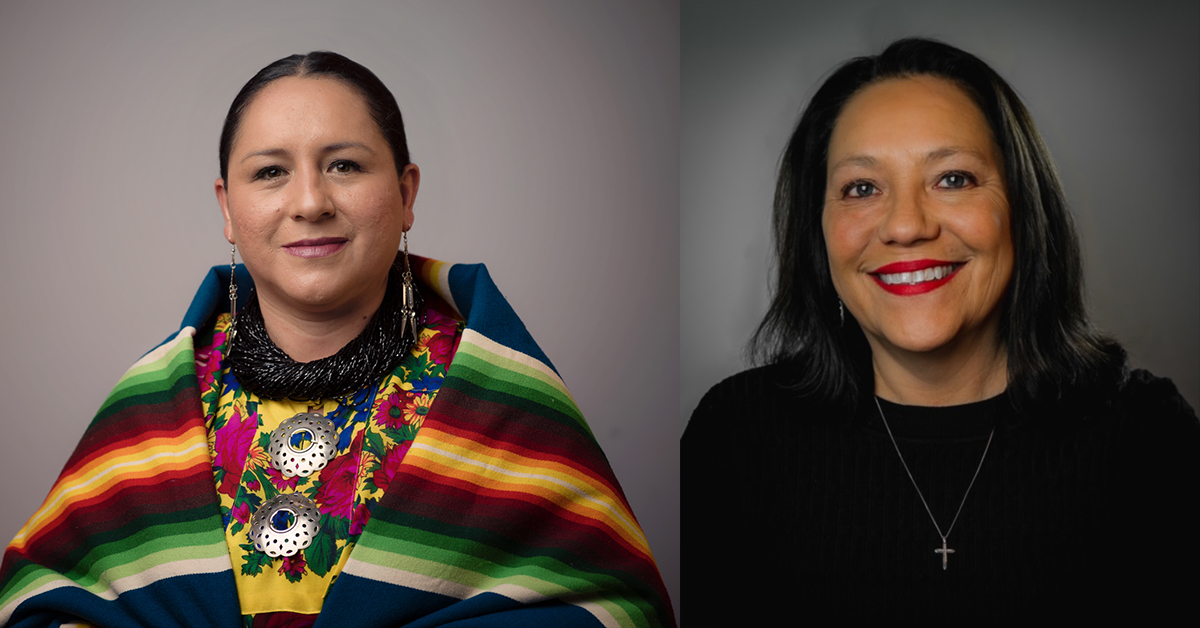 Photo caption: Angela Pratt was elected by her peers as Speaker and Jodie Revard was elected Second Speaker on July 11. Courtesy Photos

Hours after the 2020 inauguration activities, the Seventh Osage Nation Congress met for its first special session on July 11 to select leadership officers and to form its Congressional committees.

Meeting by videoconference that afternoon, the 12 Congress members elected Angela Pratt by majority vote to serve as Congressional Speaker and Jodie Revard will serve as Second Speaker. Both women will serve in their officer posts through the end of the 2021 Hun-Kah Session.

Robedeaux then asked each nominee to speak to their abilities/ interest in serving as Speaker once no other nominations were made.

Pratt, who served as Speaker in 2016 and 2017, is in the middle of her second Congressional term after winning the 2018 election. She is from the Hominy District and has served on every Congressional standing and select committee during her tenure.

“I am really proud of this Congress and our role and responsibilities and I just think that it’s an extremely pivotal time for us right now in our government, there’s a lot going on,” Pratt said. “I believe that I possess the skills and communication and the abilities to try and bring us together because that’s really what needs to happen right now… And we need to be able to communicate and collaborate with the Executive Branch but in a strong sense and I believe that the Chief and the Assistant Chief understand who I am and my strengths and my abilities. I stand strongly for this branch of government… I will always believe in our ability to make things better and make a difference for our people.”

Tillman is starting his second Congressional term after winning re-election on June 1 and served his first year in the Speaker role starting with the 2019 Hun-Kah Session. The previous year, Tillman served as Second Speaker.

“As Speaker during my fourth year, it was a challenging time because of the COVOID pandemic (that) forced us to meet via electronic means… I’m not going to take credit for that, being here through the Hun-Kah Session, it was teamwork with the body of Congress with all of us coming together and making it happen… The whole body of Congress needs to be congratulated on that and I do applaud you on that,” Tillman said, adding thanks for the Speaker post consideration.

Pratt then said: “Thank you everyone for your support and also your consideration, like Congressman Tillman said. I think we all know where we have to go and I’m excited to get together and take off.”

Pratt presided over the remainder of the session, including the officer election for the Second Speaker post. She asked for nominees with Goodfox nominating Revard.

Josephine “Jodie” Revard (Pawhuska District) won her first Congressional election in June. She previously served as Deputy Director of Operations in the Executive Branch and served on the 31st Osage Tribal Council under the former government.

No other Second Speaker nominations were made. Pratt then asked for a motion for Revard “to be Second Speaker by acclamation.” Lemon then made the motion, which was seconded. All Congress members elected Revard with a “yes” voice vote.

For the remainder of the special session, the Congress members formed its nine Congressional committees with those assignments effective through the 2021 Hun-Kah Session. The four select and five standing committees are responsible for hearing government budgets and issues pertaining to the programs, departments, businesses and branches of the Nation. Each committee holds its own meetings and reports back to the whole of Congress.