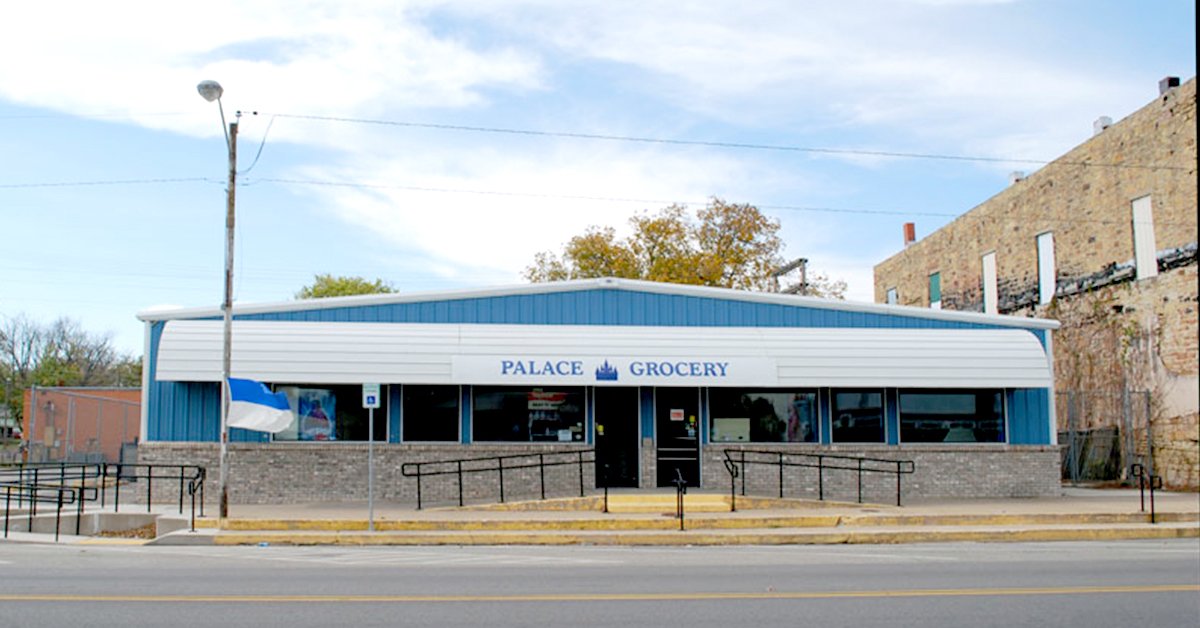 Founded by Keir Johnson-Reyes and Congressman Joe Tillman in April, the organization has grown to nearly 300 members made up of Osages from coast to coast. Together, he and Tillman began to brainstorm on ways to raise money.

“Joe and I decided to develop our first initiative around food security, for Osages by Osages,” Johnson-Reyes said. “I developed a Facebook group and we designed some outreach materials to invite Osages from around the country to donate towards a food distribution effort.”

The response was overwhelming. They received $2,000 in donations from Osages in California, Washington, Texas, and throughout Oklahoma. Johnson-Reyes, who is based in California, works for the Intertribal Agriculture Council and is in regular contact with Electa RedCorn, who also works for the IAC and resides in Pawhuska. Together, they approached Braiding the Sacred network of traditional corn growers and received a contribution of $4,000.

Through connections Johnson-Reyes has with the First Nations Development Institute, they were also able to secure a $15,000 contribution for Osage Unity.

“We needed an entity to accept the funds, so we reached out to our wonderful people at the Osage Nation Foundation,” he said. “They were glad to accept the funds to be distributed over the coming months, and we were encouraged to apply for support through them as well.”

They received another $5,000 from the Foundation, bringing their total amount raised to $26,000.

Johnson-Reyes, Tillman and RedCorn realized that making 120 food boxes and distributing them would be too much work for just Tillman and RedCorn so they developed a $50 credit for groceries initiative and allocated $6,000 for the event, for a total of 120 credits available. Their first distribution event was held at Hometown Foods grocery store in Pawhuska on the morning of June 27.

With Tillman and RedCorn sacking groceries for Osage tribal members, around 100 families took advantage of the vouchers, he said.

“I thought the Pawhuska distribution went really well. I think the next time if we have an opportunity to work with that particular grocery store (Hometown) that we could have two aisles checkers open instead of one, but I thought the response from the Osage people was fantastic,” Tillman said. “They (tribal members) were wrapped around the whole store it seemed like at one point. A lot of happy faces and I’m looking forward to this Saturday working over in Fairfax.”

Johnson-Reyes said he is putting together a survey via Facebook that will ask their members what type of Tribal food products they would like to be distributed. Their budget will allow for 25 households per district to participate in receiving a food box, which will be available on a first-come, first-served basis. He said details will be announced on the group’s Facebook page.

“For the next distribution … we've been working with Intertribal Agriculture Council's American Indian Foods Program so we can source specialty food products from Tribal foods companies around the country to support Tribal communities near and far,” he said. “This will enable our communities the opportunity to try a variety of Tribal foods products. We're hoping to be able to have products from 4-5 Tribal companies per distribution.”

Osage Unity’s next food distribution will be Saturday, July 25, from 9 a.m. to noon at Venture Foods in Fairfax. Osage Nation membership cards are required to receive $50 credit off your grocery bill. There are 120 credits available and there is a limit of one credit per household.