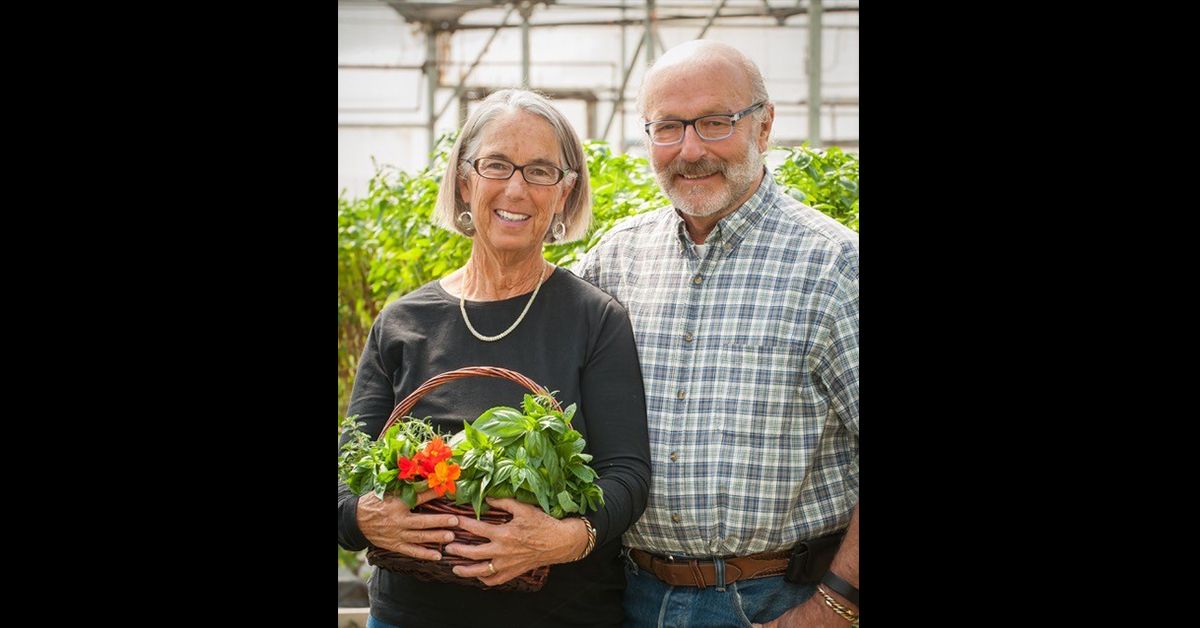 Photo caption: Tom Rumery and his wife Sarah are founders of the Colorado-based Osage Gardens, an organic herb company that has been successful in promoting health and organic living. NATASHA LOVATO/Osage News

NEW CASTLE, Colo. – If you’ve ever picked up a pack of parsley from Whole Foods, you’ve probably spiced up your cooking using Osage Gardens’ culinary herbs. Aptly named by Thomas Rumery, co-founder and Osage tribal member, he is proud to represent his lineage through a successful company promoting healthy and organic living.

Tom and his wife Sarah moved from Alaska to Colorado in 1986 and in 1992 began their herbal love story with a tomato garden. As they started growing and selling more herbs, they realized they wanted to be part of the solution not part of the problem, thus Osage Gardens was born.

“We have tried to live up to our mission statement,” Tom said. “To grow the healthiest, most nutrient-dense, flavorful produce in Colorado, while being kind to the earth, our employees and our customers.”

Since the early nineties, the Rumery’s legacy has taken many twists and turns as their roots continued to grow and take hold. They opened more greenhouses and started selling at more farmers' markets, opened two different spaces including The Little Red Farm Store and The Pumpkin Patch and finally the Osage Gardens farm location.

Tom explained how after 25 years of owning Osage Gardens, the many changes they went through have only abled them to continue their mission. In 2018, the Rumery’s recognized the need for all possible space and resources to continue growing their organic herbs and made the decision to close The Little Red Farm Store and The Pumpkin Patch. In November 2019, The Rumery’s also decided it was time for them to sell the farm.

“The new owner wants to keep everything exactly the same,” Tom said. “He wants to use our business to fund his non-profit and even wants to use my wife and I as the face of Osage Gardens in the advertising.”

Although there is a new owner, that doesn’t change the commitment to being certified organic.

“Along the way we have been totally committed to being certified organic,” Tom said. “No poisons are important for developing citizens of any culture.”

All 20 acres of Osage Gardens have been organically certified land since 1999, and their commitment to providing the local community and greater Colorado region with a consistent year-round supply of quality organic herbs and vegetables will be ongoing.

Osage Gardens grows over 20 varieties of culinary herbs with recipes that can be found on the website. “A family favorite recipe is pesto. Sarah learned this method from a little old basil grower in Italy,” Tom said of his favorite recipe he’d be happy to make for fellow tribal members who find themselves in New Castle, Colorado.

Perhaps you’ll find the Rumery’s in Pawhuska too. “I have been to Bird Creek Farm in Pawhuska and would like to grow tomatoes in one of their little greenhouses,” Tom said. He explained how he and Sarah have always had the goal of raising their kids and being closer to their Osage roots.

“The name of the farm, Osage Farm or Osage Gardens is because my mother was born on the Osage Reservation in Pawhuska and is a direct descendent of Chief Pawhuska. Her father, Clarence Trumbly, moved the family to Oregon in the 1920s. His Parents are Julian Trumbly and Eliza Tinker Trumbly,” Tom said. He explained that his mother hardly ever talked about their Osage lineage, so he is proud to have something to represent that part of his culture.

“My son, Todd Eugene Rumery, has gotten very involved with the tribe and last June he was inducted and participated in the dances in Pawhuska,” Tom said.

The shared bond Osages have spread the reaches of the country, something the Rumery family is proud to represent with Osage Gardens.