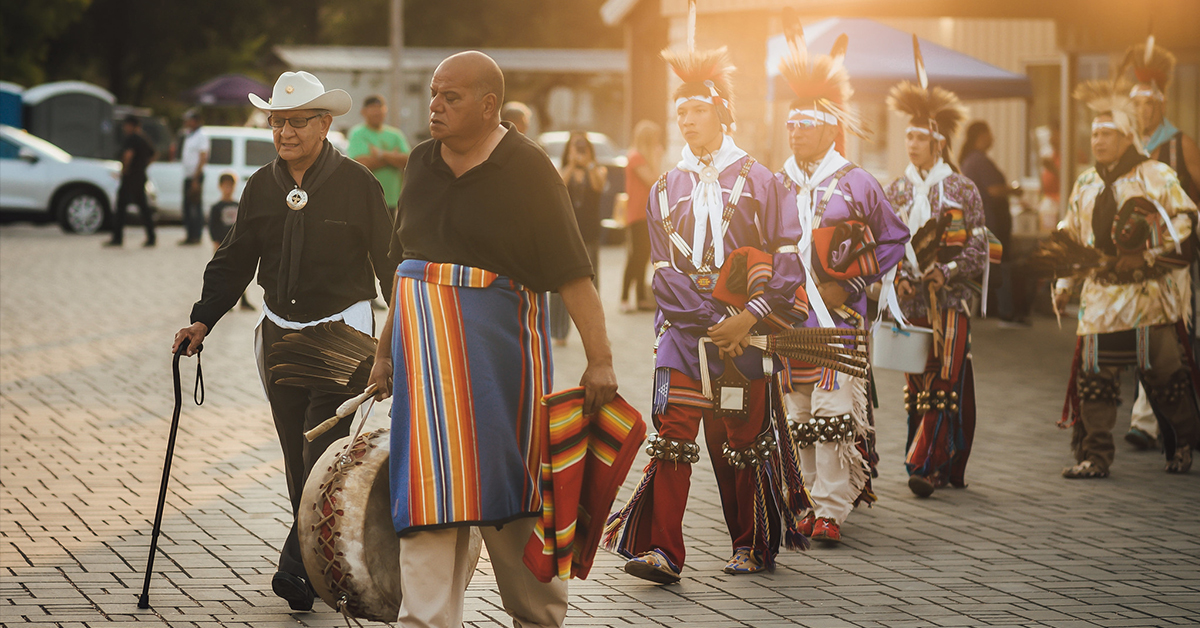 The Hominy Drumkeeper’s family has announced their plans to dance in the fall, but they have one caveat: Hominy District only.

Thanks to the global pandemic that has upended social norms and gatherings all year, the Hominy Drumkeeper’s father, Gideon Goodeagle, said some difficult decisions had to be made.

“We want to be as safe as possible and we know the other districts of Pawhuska and Grayhorse still have matters that need to be taken care of before they can dance. So, with that in mind, we’ll be dancing Sept. 10-13,” Goodeagle said. “Our hope is that next year everything will be back to normal and then we can all come together, but for now we feel it is safer that we limit it to just the Hominy District.”

Noting the recent Cavalcade and the All-State football game played over the weekend, both of which drew large crowds, Goodeagle feels they can dance with the right precautions in place.

Those precautions will include a fogger, that will disinfect the air, area and surfaces within the community building, the visitor’s arbors and the dance arbor. A cleaning crew will consistently disinfect highly touched areas and tables. He said the district’s dancers can prepare for the dance outside and physical distance. All families are welcome to set up their tents and shades so they can prepare for the dance safely while distancing. Details about how the district will serve meals is still being worked out, Goodeagle said.

Temperatures will be taken for all Hominy District attendees at a checkpoint designated as the one entrance into the Hominy Village during the four days of the dance. The other entrances will be blocked off. Goodeagle said they are working with the Wahzhazhe Health Center to follow CDC guidelines to the best of their ability and they are hoping to have rapid testing available prior to the four days.

With Osages intermarried into other districts, or having family members that are Hominy District, Goodeagle said they will be as understanding as possible when it comes to who can attend. However, they want to keep the dance to less than 250 people.

“Unfortunately, we won’t be able to allow visitors to dance with us this year. Only Osages from the Hominy District and their families will be allowed,” he said.

The Grayhorse District and Pawhuska District have not announced dates to dance.

The Inlonshka was adopted from the Kaws and Poncas in the 1880s when the Poncas brought a drum to the Grayhorse people and the Kaws brought drums for the Hominy and Pawhuska people. The Osage have been dancing ever since, with the Inlonshka only changing slightly over the past 130 years.

The Osages’ strict adherence to ritual and religion has been written about by Omaha ethnologist Francis La Flesche, who studied the Osage in the late 1800s and early 1900s. That same strict adherence to rule and structure can be seen today in the Inlonshka and the Native American Church. Both have been written about by Dr. Garrick Bailey, a social anthropologist at the University of Tulsa, and Dr. Daniel Swan, curator of ethnology for the Sam Noble Natural History Museum at the University of Oklahoma.

Historians are quick to point out that contemporary Osages carry the teachings of their ancestors in their Osage language and their collective knowledge of their traditions, since the Osage did not keep a written history.