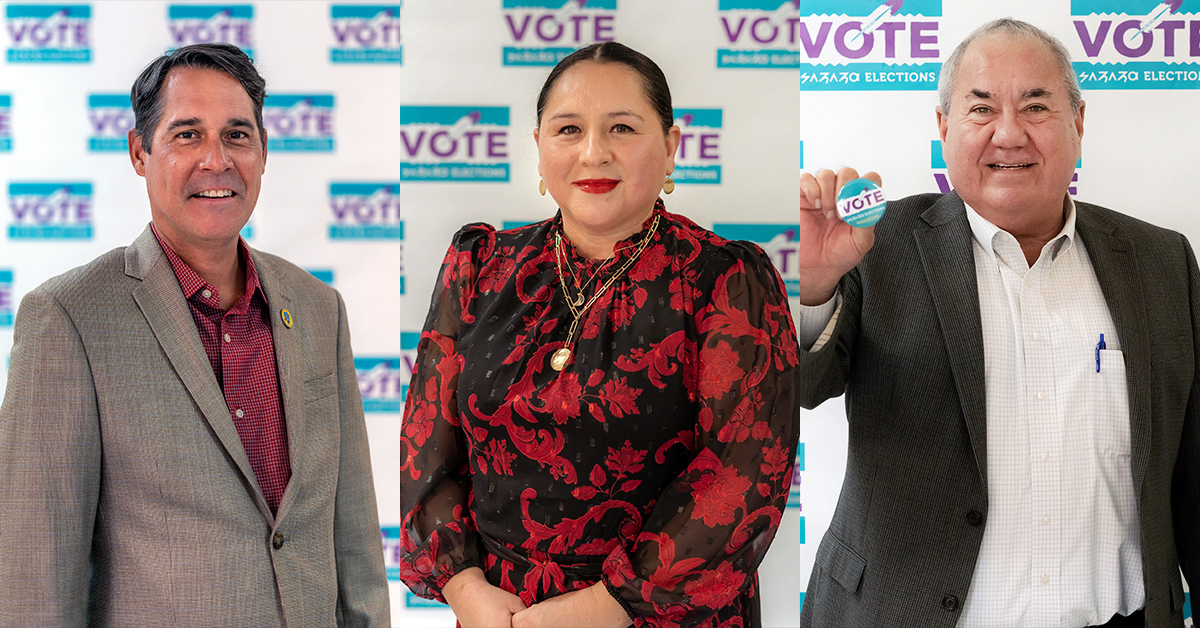 Joseph Tali Byrd and Guy Barker, both of Quapaw and Osage ancestry, are the new Chairman-elect and Secretary-Treasurer of the Quapaw Business Committee for the Quapaw Nation.

Byrd, Chairman-elect, holds a Juris Doctorate from the University of New Mexico School of Law and is a former Udall intern with the Department of Justice.

He has nearly a decade of Indian gaming experience as a marketing manager for Downstream Casino Resort for the Quapaw Nation, and later as the compliance manager for Cherokee Nation Entertainment for the Cherokee Nation. He holds a Bachelor of Business Administration from Northeastern State University, a Master of Jurisprudence Indian Law from the University of Tulsa School of Law and is a proud graduate of Sequoyah High School.

From Tahlequah, Oklahoma, Byrd is the son of the late Suzy Moore, Osage/Quapaw, and Joe Byrd, current Council Speaker of the Cherokee Nation. Byrd’s Wah-Zha-Zhe name is Xu-Tha Zu-Tsi and he serves on the committee for the Wa-Xa-Ko-Li District.

Barker is the new Secretary-Treasurer of the Quapaw Business Committee.

He has a Bachelor of Science in mechanical engineering with a specialization in biosystems and minor degrees in petroleum engineering and accounting. His professional experience is primarily in the oil and gas industry where he has worked as an oil field engineer. He received his Juris Doctorate from Oklahoma City University School of Law and interned for the Chief Justice of the Oklahoma Supreme Court.