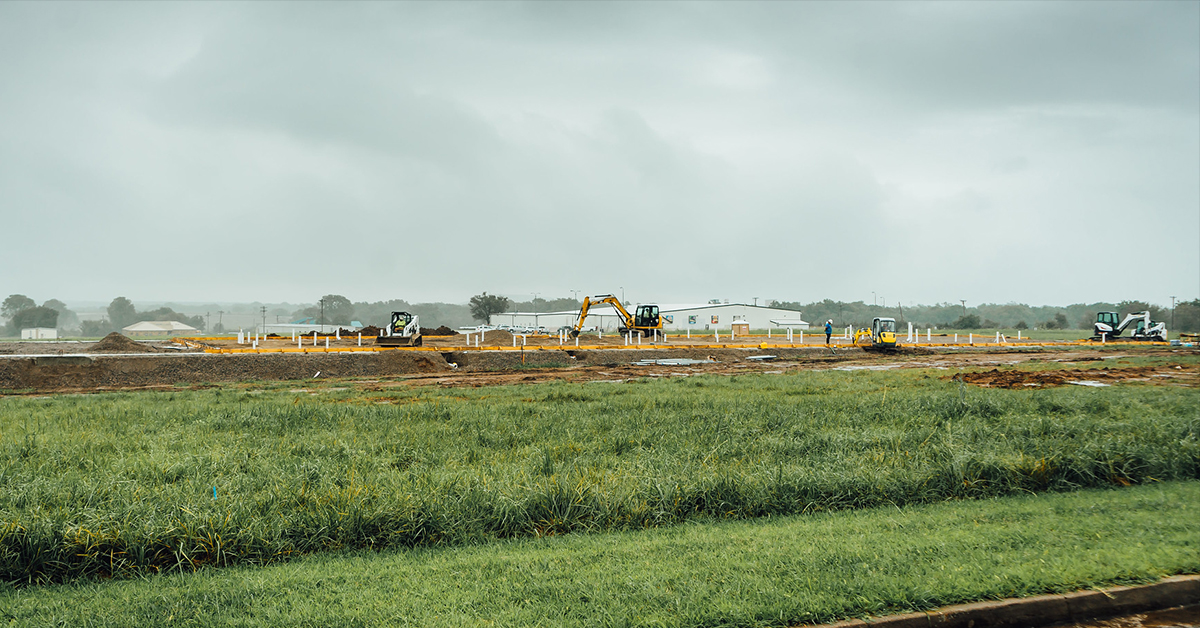 Construction continues on what will be the Osage Nation’s first-ever meat processing facility.

Using $8 million from Coronavirus Aid, Relief and Economic Security Act funding the Nation received in June, the meat processing facility will be completed by Dec. 30 and operational Jan. 1, 2021.

“It is the intent to hire someone with the specific knowledge to help develop the meat processing facility and have it operational the day it opens. The search for this manager is already underway,” said Jann Hayman, director for the Nation’s Department of Natural Resources and member of the Nation’s COVID-19 Task Force.

“Like the farm (Bird Creek Farm), the funds for infrastructure development can only be used to meet the needs of the Osage people by supporting the security of food systems. Therefore, the meat will be going to the Osage people who live both locally and outside the local community,” she said.

Principal Chief Geoffrey Standing Bear said the funding for the meat processing facility is justified in order to establish food security for the tribe. Currently, most Osages have limited access to food as various towns within the county have lost their grocery stores within the past five years.

In consultation with the Osage Language Department, the meat processing facility has been given the name in Osage that translates to “Butcher House.” Phonetically spelling it, the word is pronounced Wah.pah.seh Tsee. The facility is being designed to process up to 10 cattle per day, Hayman said. It is estimated that the facility will employ around 30 people who will slaughter, process, package and distribute the meat to Osages and the Nation’s schools and programs.

Builders Unlimited, Inc., is constructing the 25,000 square foot facility and working with architects that have a background in meat processing, Hayman said. COTA Holdings LLC is working on the operational plans for the facility and will take the COVID-19 virus into consideration as they prepare for operation, she said. The facility will be located in the Nation’s industrial park in Hominy. A final design of the facility is still being developed.

“The primary meat source is beef, but species that are being considered in addition to beef are bison, swine and venison,” Hayman said. “The Executive (branch), the COVID Task Force, and DNR have been actively working with the Osage Nation Ranch Board in coordinating the meat processing facility.”

She said the facility is to benefit the Osage people and won’t be selling to the outside community at this time. A system for how Osages can apply to obtain meat from the facility is still being developed.

The Trump administration awarded $8 billion in CARES Act funding to tribes in late March. The Nation received $44,879,813. The deadline to spend the funding is Dec. 30, 2020.

Further coverage on the Nation's initiatives being paid for with CARES Act funding will appear in the September 2020 edition of the Osage News.